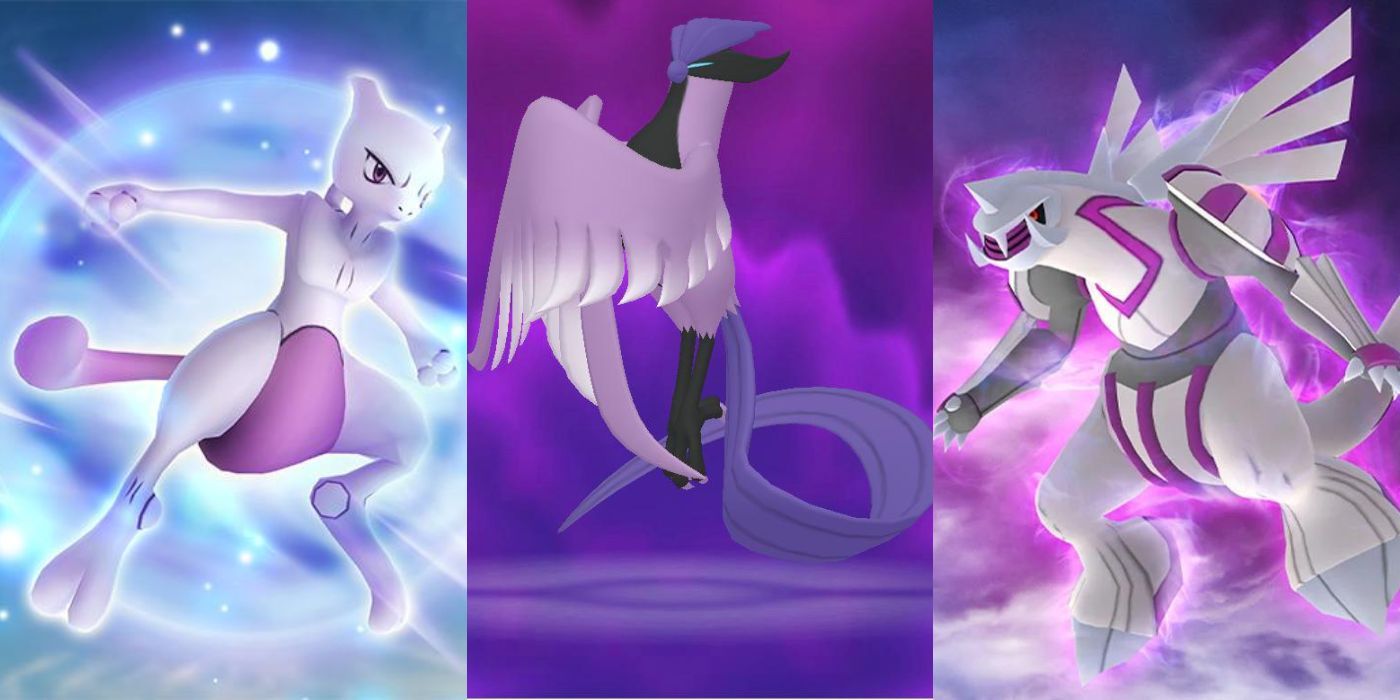 With Pokémon Scarlet and Violet now released, excited fans have flocked to play previous games of the franchise like the mobile app, Pokémon GO. Though the newest Pokémon included in the Paldea region likely won’t be available in the application for quite some time, features like cosmetics could very well be released in celebration of the two games.

Home to a massive variety of Pokémon from all past regions, both just starting and the best Pokémon GO players run into one particular hardship, which is catching certain Pokémon. Though the most powerful of the bunch can often be the most difficult to capture, others like Mr. Mime earn their rarity by being region-locked to countries, such as Europe. That being said, even the laziest of creatures like Snorlax can be frustrating to trap with the best Poké Balls in the game.

The unpredictable Ditto isn’t easy to capture, but not because of its catch rate. They can only be caught when transformed into other Pokémon, meaning the player has absolutely no idea if they’ve managed to snag one until after it is already in the Poké Ball.

Like every game it is in, Ditto can copy the movesets and look of its target in battle flawlessly and is considered one of the rarest catches (that isn’t a shiny or Legendary) in any game. The Normal-type fighter will never be identifiable in the wild, but the excitement of watching any Pokémon transform into a Ditto once the player catches it is worth definitely worth the mystery.

Like Ditto, Farfetch’d and Mr. Mime aren’t hard catches because of their capture rate, but because they are both locked to their respective regions, meaning they won’t spawn anywhere else in the entire world. As two of the most meme-worthy Pokémon ever, the only time players won’t be laughing at them is when they realize how unattainable they can be.

Though there are quite a few region-locked Pokémon in the game, two are specifically more difficult to find. To get the Psychic/Fairy-type Mr. Mime, the player must travel to Europe, Turkey, or Iceland. As for the Normal/Flying-type Farfetch’d, the player can only find it in Southeast Asian countries like Japan and South Korea

With a 6% catch rate, insanely powerful stats, and the speedy Psystrike attack, it’s no wonder Mewtwo is one of the most sought-after Pokémon in Pokémon GO. Even having one of the best new Pokémon GO Trading Cards, the Legendary is perfect for fighting in the Master League, due to its great matchup capabilities.

If players thought regular Mewtwo was hard to catch, just wait until they encounter Shadow Mewtwo, which can only be received after battling and winning against Team GO Rocket. With 20% damage bonus for being a Shadow Pokémon, it is debatably the strongest creature in the whole game so far.

Mew is arguably the rarest Pokémon in Pokémon GO, since it cannot be captured in the wild, and many players still do not have one to this day.

Related: All Pokémon Remakes Ranked, According To Metacritic

In order to be given a sure-fire way to catch it, players must complete the tedious “A Mystical Discovery” Special Research Tasks that have 8 different parts, each part containing 3 Field Research Tasks. Luckily, once the Mythical Mew is earned, it can be caught with a singular Poké Ball and will not flee.

Both Dragonite and Tyranitar can only be caught by facing them in 4-star Raids, each of them having a mere 5% catch rate. To top this off, even encountering their previous evolutions in the wild is a rarity.

So powerful that it will take down a huge mountain just to build a nest, the Rock/Dark-type Tyranitar has always had high Combat Power, just like Dragonite. Once the most formidable creature (despite being one of the cutest Dragon-types) in Pokémon GO and every other game it appears in, the pseudo-legendary Dragonite is still a force to be reckoned with, especially due to its resistance to many types of Pokémon.

A fan-favorite and one of the best Normal-type Pokémon of all-time, Snorlax may not do much in battle, but takes an ample amount of time to deplete its massive amount of HP to defeat it.

Though the Pokémon is extremely docile and spends most of its day lounging about with food in its mouth, it’s no pushover when it comes to being caught. With a base catch rate of 5% and a 9% flee rate, waiting for a Poké Ball to jostle for its third time as definitive proof that Snorlax is actually staying inside it brings a wave of relief to every player, especially after using multiple Golden Razzberries.

As one of the top powerful Legendaries in Pokémon GO, Lugia must be brought down with no less than six players in a Raid for a slim chance of catching it. The Psychic/Flying Pokémon will do everything it can to evade being caught.

With a base catch rate of 2%, Lugia has players biting their nails as they begin to reach their last few Premier Balls. Luckily, it is weak to Dark, Electric, Ghost, Ice, and Rock-types causing it to be just a smidgen (if that) easier to obtain than some other Legendary Pokémon.

Quite possibly one of the hardest Pokémon to beat in Raids, Ho-Oh both impresses and devastates trainers. Since it is only weak against electrical, water and rock, players who haven’t empowered a Pokémon like Tyranitar won’t have much luck against this Legendary.

Of course, more teammates fighting alongside the player will make the heavy lifting a tad lighter. Furthermore, the Fire/Flying-type has a catch rate of just 2%, making catching the beast even more of a pain to pull off. If that weren’t enough, it isn’t often that Raids for Ho-Oh come around, usually only appearing annually at best.

Only receivable by winning 5-star Raid battles and an exceptionally mighty foe, due to its only weaknesses being Fairy and other Dragon types, most players that can actually beat the powerhouse usually know that it will take defeating it in multiple separate Raids just to catch a single one.

While its rival Dialga is almost as powerful and has a catch rate of 2% just like Palkia, it is still more common to find in Raids, making Palkia take this spot on the list. Count on the Legendary to never stay in a Poké Ball after just one shot, whether it is an excellent throw or not. Typically, the player will run out of Premier Balls before Palkia submits, fleeing the scene immediately after.

The big three Gen 1 Legendaries each got complete makeovers for their Galarian forms in Gen 8’s Sword and Shield, which were finally added to Pokémon GO not too long ago. Since then, they have been the top most desired Pokémon to catch, but disappointment is a guarantee when trying to capture any one of them.

Not only do they have a catch rate of only 0.3% and a 90% chance of fleeing after the first Poké Ball is thrown then broken out of, but they can only be encountered when using Daily Adventure Incense. This special item can only be used for 15 minutes a day, and there is no promise of finding just one of them any more than once a month for. The amount of luck and skill needed to catch them cannot be understated, but the euphoria that washes over the player once they are attained almost makes it worth the effort.

Next: Scarlet & Violet – The 10 Strongest Pokémon In The Wild