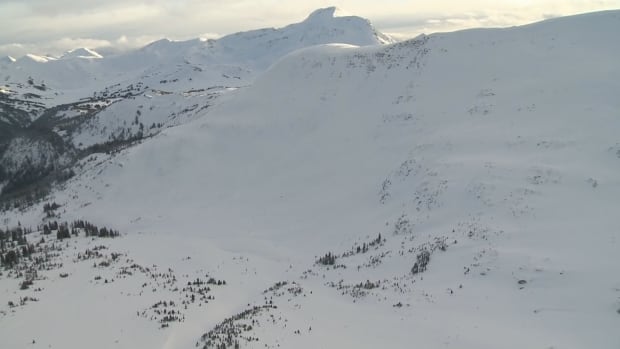 Two of the people in the Revelstoke avalanche are in critical condition, and the other person is in serious condition. The condition of the injured person in the Cherryville avalanche is unknown.

Avalanche Canada has warned the snowpack this season is unusually weak and highly susceptible to avalanches. A forecaster told CBC on Monday prior to the two recent avalanches that dangerous conditions are likely to persist for some time in the province, particularly in the Interior and northwestern B.C.

Tiffany Akins from BCEHS said an ambulance responded to the call from Cherryville, which is located about 100 kilometres northeast of Kelowna, around 2:15 p.m. on Monday.

Atkins said they dispatched a helicopter but it was unable to land. Crews instead picked up the patient by ground ambulance from the highway around 3:30 p.m.

Less than 10 minutes after receiving the first call, BCEHS heard of the other avalanche near Revelstoke.

Atkins said those patients were picked up by private helicopter and met by ground ambulance at the Kelowna airport.