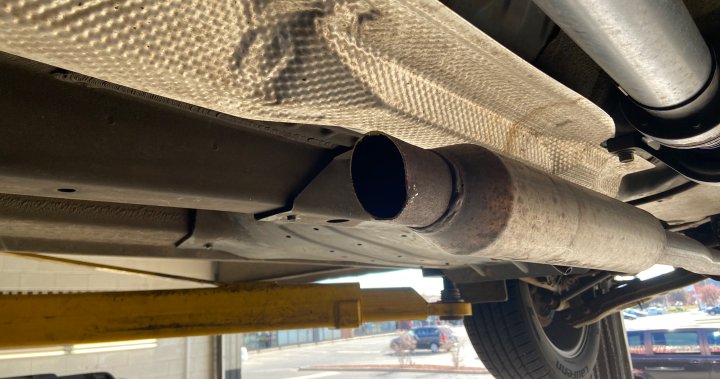 In addition to finding 700 catalytic converters worth about $1.4 million, Edmonton police also found drugs and a firearm during a bust in the city’s southeast.

The EPS started looking into A1 Scrap Metal Recycling Ltd. as part of a drug trafficking investigation in summer 2022.

A search warrant was conducted in November 2022 at the business and another residence, which found over 1,400 grams of fentanyl (street value $285,000), over 2,000 grams of cocaine (street value $180,000), an unlawfully owned loaded 9mm Glock handgun, an illegal magazine with 41 9mm rounds, more than 700 catalytic converters (street value $1.4 million), and thousands in cash.

Tekie Awte, 27, was later arrested and charged with eight drug and firearms-related charges, as well as several breaches.

Both Awte and A1 Scrap Metal Recycling Ltd. were charged under the Scrap Metal Dealers and Recyclers Identification Act with:

5:05
Ask the Expert: Tips for protecting your vehicle from catalytic converter theft