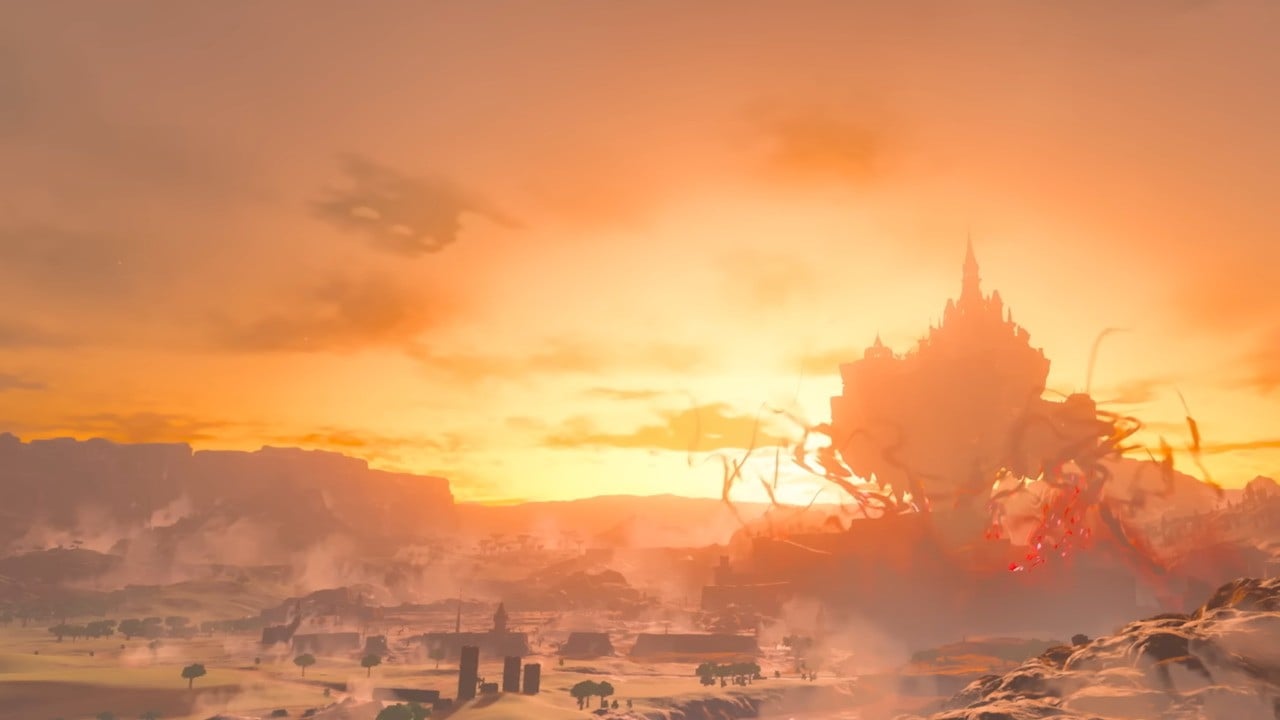 #4 – What are we going to collect as we explore? More Koroks?

Beneath every rock, at the bottom of every lake, and at the top of every single mountain peak, a Korok hid in Breath of the Wild. Discovering them all and taking the seeds to Hetsu helped you upgrade your inventory and earn something special if you found all 900, but they really served as a reward for exploration – to give you a reason to make Zelda wait a little longer than a century.

As a sequel, logically we’d expect to collect something similar in Tears of the Kingdom. But what? We don’t know if we can listen to ‘Yahaha! You found me!’ several hundred more times, so what are we going to collect instead? Tears of Light, as seen in Twilight Princess, perhaps? Or, since much of the game seems to take place in the sky, maybe we’ll chase down Ooccas?

On second thought, we hope they stick with Koroks.

#5 – Will Sheikah Slate abilities return in the same form?

In the trailers thus far, Link doesn’t appear to carry his Sheikah Slate. The vast majority of Breath of the Wild’s puzzles made use of the Rune abilities it housed – Magnesis, Remote Bombs, Stasis, and Cryonis.

We’ve seen Link use a Stasis-like ability since, but that could be something entirely different. Of the other three, nothing. We’d imagine bombs will make a return – even just as an item tied to arrows – but what of the others?

With how creative Aonuma and his team are, we imagine they have plenty more Rune-based puzzles hidden up the sleeves of their Hylian tunics.

#6 – When exactly does Tears of the Kingdom take place?

Much of the design around Tears of the Kingdom relates to the Zonai, an ancient and mysterious tribe depicted only environmentally and in item descriptions in Breath of the Wild. The key word here is ancient – will Link travel back in time? It wouldn’t be the first time the Hero of Hyrule did so.

Link and Zelda look similar to their previous BOTW appearance, but as well as Zelda’s new haircut we also see quite a lot of Link with longer hair and wearing somewhat ancient-looking clothing. While this question hasn’t been answered explicitly in the trailers, we think there’s some temporal going on.

#7 – How changed will Hyrule really be?

Rito-eyed fans will notice that, in many of the trailers, Hyrule looks quite similar, though far from idential. Floating islands are the most obvious departure. Strange, green-glowing markings on the ground. The distinct lack of Sheikah towers and shrines on the horizon. Truly, it seems that quite a lot might have changed since Calamity Ganon was defeated and Zelda got a haircut.

But how much, really? We haven’t gotten more information or any clearer shots that show an altered landscape. Maybe we won’t spend much time in Hyrule, after all?

#8 – Will weapons still have the durability of wet paper towels?

We didn’t have a lot of criticisms for Breath of the Wild when it released, and we still don’t half a decade later. Still, we wouldn’t mind if one of players’ biggest qualms – how most weapons break if a Moblin looks at Link the wrong way – is addressed in Tears of the Kingdom.

Recently, most of you voted that the durability system needs some tweaks. In all the trailers, however, we haven’t seen anything to indicate whether weapons still break or not. We would hope, at the very least, there’s a convenient way to repair our most treasured weapons.

It looks like Link can still climb in Tears of the Kingdom, which begs the question: how often will it rain this time?

In Breath of the Wild, the thunderclouds made an appearance just about every time we tried to scale a mountain or cliff wall, especially in the Faron region – the home of the Zonai which seem to play a larger role in the sequel – causing us to slip and slide all the way back down. It made us want to cry every time.

We’re happy to have not seen any rain in the Tears of the Kingdom trailers so far. Maybe Link has learned to hold onto slick surfaces better. Or found some sticky Zonai gloves? Anything to give us a helping hand when we’ve clambered up the north face of the Eiger and it starts spitting.

Which of these questions do you think will get addressed before TOTK launches in May? And, more importantly, what are your own unanswered questions? As always, let us know in the comments.