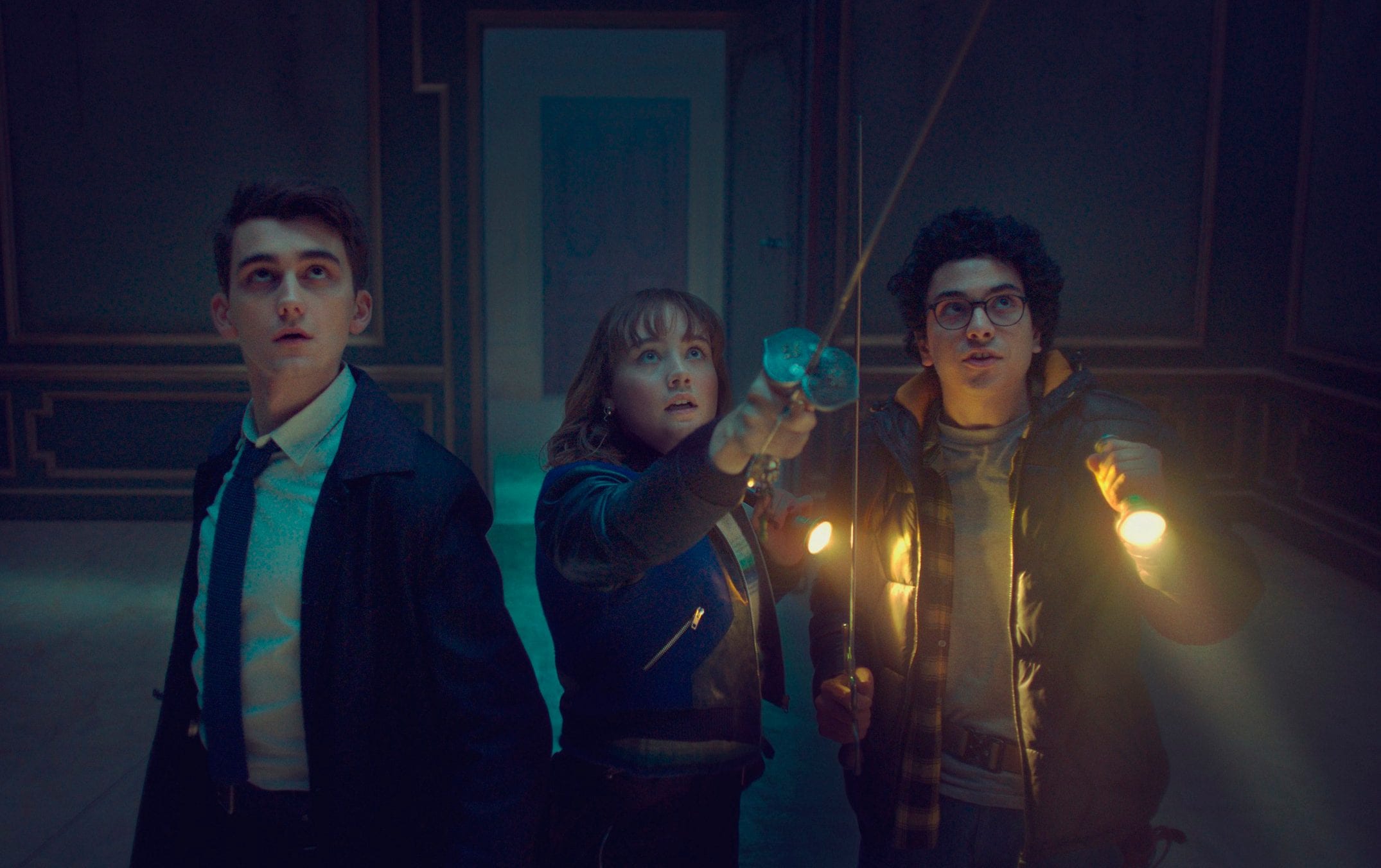 The neat twist is that only adolescents can detect and fight ghosts, putting themselves bravely – sometimes fatally – on the line to save others. Not all ghost hunters are on equal footing, though. Trapped in an isolated northern town, the psychic Lucy dreams of the bright lights of London (not that the lights are all that bright – the technology in Lockwood is frozen in a pre-smartphone era). When a ghost-bagging excursion goes gruesomely awry, she flees south and takes up a job with the unorthodox Anthony and his nerdy sidekick, George. The trio bumble their way into the mystery of a murdered actress (the season covers the first two of Stroud’s five novels).

Cornish gets stuck into the hokum and world-building with relish, assisted by a charismatic cast. There are hints of a romantic spark between Anthony and Lucy. But the real scene-stealer is Hadji-Heshmati as George, the brains of the operation.

That said, Lockwood & Co would have benefited from more stellar production values. In an age of House of the Dragon and The Rings of Power, it is routine for audiences to have their minds blown by spectacular TV. Cornish, though, was obviously working within budget constraints. The shades are rendered in creaky CGI and the show doesn’t even try to depict the mind-blowing vista of a London overrun with ghosts every night.

Cornish has said his ghosts draw on Victorian spirit photography. Whatever the inspiration, the SFX is more Antiques Roadshow than Avatar. Still, there’s a sense that the creakiness adds to the appeal of Lockwood & Co. Driven in particular by Stokes’s gutsy performance, it has a zinging underdog charm. It’s impossible to say if it will be as big a hit as Wednesday. But it certainly has the potential to suck Gen-Zers into its satisfyingly sinister world. Either that or it will have been cancelled in the time it takes to hit pause and pop the kettle on.

Lockwood & Co is on Netflix on Friday 27 January