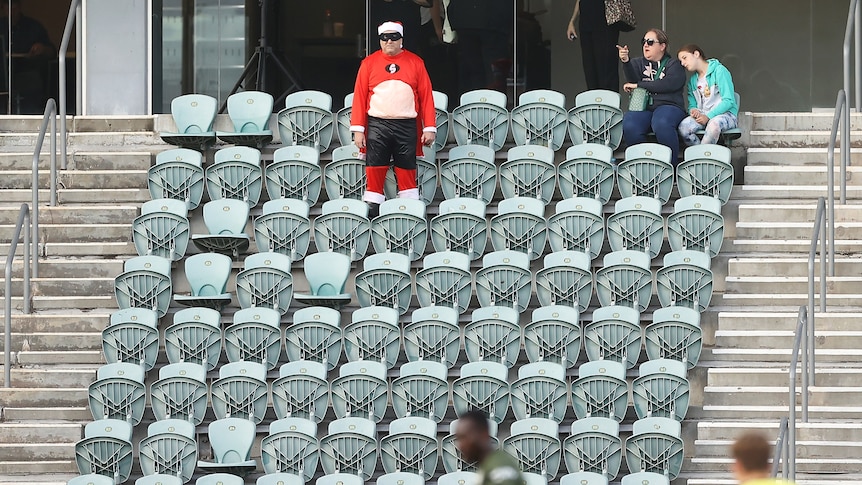 Late last year, in scenes reminiscent of the most exciting football crowds in Europe and South America, tens of thousands of people packed into city squares, stadiums, and public parks around Australia to cheer on the Socceroos’ historic World Cup campaign in Qatar.

For many of the country’s footballing faithful, the huge crowds that flocked to these places confirmed something they already knew: the round-ball game is one of Australia’s biggest and most popular sports, with a vibrant and passionate fanbase unlike that of most other domestic codes.

But you wouldn’t know it from watching the A-League Men (ALM), Australia’s top-tier domestic league, every week.

In contrast to the images from Federation Square in November, pictures of fans scattered around half-empty stadiums have become the norm in the ALM over the past few years.

Following the World Cup, players and coaches alike expressed hope that the Socceroos’ strongest-ever performance might re-ignite the spark that saw the ALM bouncing a decade ago.

“We hope that what we’ve achieved here can help grow the game back home because the A-League is better than it’s perceived,” Adelaide United winger and Qatar goal-scorer Craig Goodwin said.

“The message to [the public] is ‘get out and see the Socceroos players that are playing in the A-League.’ Support your local teams and embrace Australian football; help it grow. It’s about building on what we’ve done here, not just as a playing group, but as a nation as well.”

So has it worked? Has the Socceroos’ World Cup ‘bump’ seen waves of new fans flock to the ALM?

According to an ABC News analysis of data collated by austadiums.com, no.

In fact, in the seven rounds of the ALM held since Australia were knocked out in Qatar by eventual winners Argentina, the league has recorded some of its worst average match attendances so far this season — and some of the lowest overall in its history.

Round 7, the first weekend of games held after the Socceroos’ exit from Qatar, attracted an average attendance of just under 6,000 people: lower than all the rounds held before the World Cup.

Figures haven’t improved much from there, with the seven rounds since the tournament containing six of the least-attended weekends this season.

The highest attendance point so far in the 2022/23 ALM season was in Round 6, the last round before the World Cup break.

However, the higher-than-average figures were boosted by two key derby games: the Sydney Derby between Sydney FC and Western Sydney (34,232 people) and the “Original Rivalry” derby between Adelaide United and Melbourne Victory (13,504 people).

Without these, the current ALM season was trending towards its lowest average attendances ever, only just topping the two pandemic-hit seasons that saw several games played behind closed doors.

This mid-season slump has only been made worse by the Melbourne derby pitch invasion of Round 8, whose punishments have included restrictions on ticket sales and negative headlines that have potentially driven away new and casual football fans.

Until then, Melbourne Victory had attracted the highest average attendances of the season. But following the sanctions, those numbers have plunged.

Victory aren’t the only club to experience a drop in numbers following the World Cup, though.

In fact, the biggest decline has been the Western Sydney Wanderers, whose average attendance has fallen by more than 60 per cent, while Brisbane Roar, Perth Glory, Sydney FC and the Newcastle Jets have all seen decreases of at least 30 per cent.

But not all is doom and gloom. While you wouldn’t call it a World Cup “boost”, some teams — mostly those that have the highest number of Socceroos within their ranks — have managed to either maintain their ticket sales or minimise the falls experienced by other clubs.

Melbourne City, home to Mathew Leckie, Jamie Maclaren and Marco Tilio, has seen a smaller decrease in match attendances since Qatar, as has the Central Coast Mariners, where Jason Cummings, Danny Vukovic, and recently departed Garang Kuol were the headline acts.

Newcomers Macarthur FC have also seen a slight increase, though starting from a smaller-than-average attendance base.

Stuck in the pandemic blues

While leagues like the AFL and NRL saw crowd numbers return to near-historic levels in the 2022 season, the A-League Men seems to be trapped in the pandemic doldrums.

The latest men’s AFL season saw attendances across the first 22 rounds average around 31,000 people — only about four per cent lower than the historic average.

Meanwhile, although the current ALM season is an improvement on the previous COVID-ravaged seasons, crowds are still more than 25 per cent below historic norms, with the past four seasons the worst in the 18-year history of the competition.

So, if the Socceroos’ best-ever run at a World Cup can’t even boost interest in the ALM, what can?

This has been one of Australian football’s “golden questions” for several years, and one that is increasingly shaping decision-making by the Australian Professional Leagues (the club-run governing body in charge of the A-Leagues), from negotiating new broadcast deals to controversially selling the grand final hosting rights to Sydney for the next three seasons.

But the dilemma of how to translate football’s booming participation base (almost two million people take part in football in some way in Australia), as well as the enthusiasm shown for the Socceroos and Matildas during major tournaments, into regular fans of the struggling local competitions is not as simple as that.

The A-Leagues currently sit in the centre of a bigger Venn diagram of forces including competing with rival summer codes, a lack of mainstream media coverage and marketing cut-through, television and streaming bungles, increasingly uncomfortable summer temperatures, few “big-name” star players, a perceived lack of quality, and unrest from dedicated active fan groups: issues that have existed for far longer, but which the World Cup slump has brought into sharper focus.

While many had hoped that the World Cup could reignite the spark that saw the ALM become one of the country’s most exciting domestic leagues in the early-to-mid 2010s, it appears as though the competition is still struggling to find its sweet-spot between retaining rusted-on fans and attracting new ones.

There is, perhaps, one last saving grace that could help restore the A-Leagues to its former glories — but it isn’t the men’s World Cup.

In six months’ time, Australia will co-host the 2023 Women’s World Cup with New Zealand and, as has been the case for the previous two editions in France and Canada, it is expected to break all kinds of attendance and viewership records.

With the A-League Women positioned to capitalise on the interest and investment that a home World Cup can bring, the APL has the rare opportunity of a second chance at absorbing the momentum of the world’s biggest single-sport tournament and channelling it into the country’s top-tier professional leagues.

The question is whether, this time around, they will make the most of it.