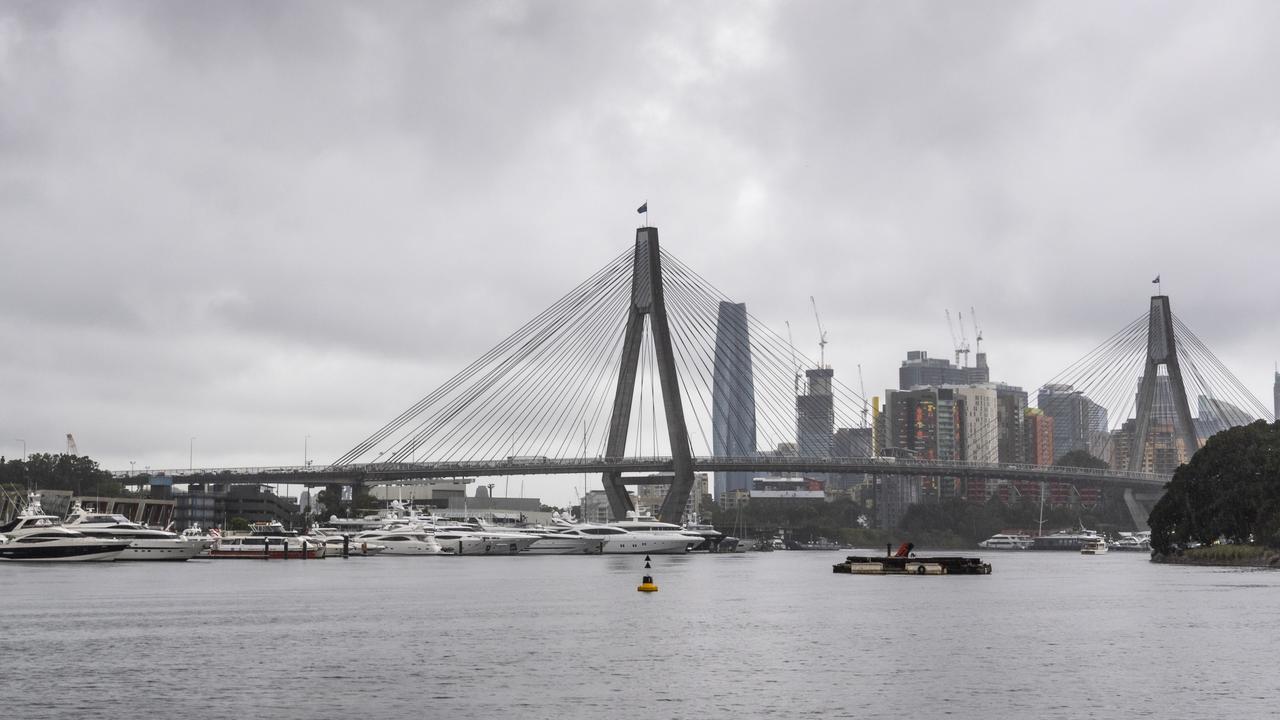 A man who is allegedly responsible for the deaths of two people in a fatal collision on the Anzac Bridge was on bail for drug charges at the time, a court has heard.

Adeeb Sukkar, 41, appeared via audiovisual link in the Sydney Downing Centre Court on Monday afternoon to apply for bail after spending two weeks behind bars on remand.

The court heard he was on bail for drug charges at the time of the fatal collision on the Anzac Bridge earlier this month.

Police allege they busted him supplying less than 10g of meth at 10.45am on September 2 in Redfern. He also allegedly had 0.75g of the drug and $950 cash in his possession when he was arrested.

Court documents reveal he is facing two counts of supplying meth, a count of possessing meth, and dealing with money that police suspect is proceeds of a crime.

Other than the active charges, the court heard Mr Sukkar didn’t have a criminal history.

Police claim he was behind the wheel of a silver Holden Commodore when he crashed into a parked car near the exit ramp of the Western Distributor on at 11.45pm on December 2.

Police believe Anya Pok Yin Lam, 25, and Hongyi Zhang, 38, had parked their cars on the bridge to exchange details after a minor crash.

They were standing on the side of the road just before midnight when one of their stationary cars was hit.

The parked car then crashed into the Lidcombe woman and Hurstville man while they stood on the road and they were both killed.

The force of the crash also pushed one of the parked cars into a third lane, where police say it collided with a taxi driven by a 24-year-old man.

Mr Sukkar was treated for his injuries at Royal Prince Alfred Hospital and underwent mandatory drug and alcohol testing early on Saturday morning. The blood and urine tests didn’t detect alcohol or drugs in his system, the court heard.

Police allege Mr Sukkar was driving dangerously at the time of the fatal crash on one of Sydney’s busiest roadways.

On Monday, the court heard Mr Sukkar had been stopped by police in the same location for the same dangerous manner of driving just days before the fatal collision.

A crash investigator told the court CCTV showed the 41-year-old speeding along the bridge at 98km/hr through the 60km/hr zone.

He said police chased after Mr Sukkar, reaching a speed of 110km/hr, and stopped him because of “an overtaking manoeuvre that was conducted”.

The driver had allegedly been speeding when he overtook a car and changed lanes, which mirrored his alleged driving on the day of the fatal crash when he didn’t see the parked cars.

“It’s the exact same circumstances in the same location,” the senior constable said.

Mr Sukkar was cautioned about his speed but wasn’t charged over his driving on November 22. The court heard police are still investigating the incident and charges may be laid.

“Within days he’s continued his manner of driving,” the police prosecutor noted.

“The strength of the prosecution’s case is overwhelming,” she said.

Ms McKinnon explained it was “inevitable” that Mr Sukkar would serve a full time custodial sentence for the charges if convicted.

“He’s taken the lives of two people because of his actions and his inaction,” Ms McKinnon argued.

However, he determined the risk of reoffending could be mitigated by ensuring the Burwood resident didn’t occupy the driver’s seat of a car.

“If he’s not driving, the community should be pretty safe,” the magistrate said.

“It’s very important he stays off the road.”

Mr Sukkar was granted bail with conditions ensuring he resides at his home and reports to police three times a week.