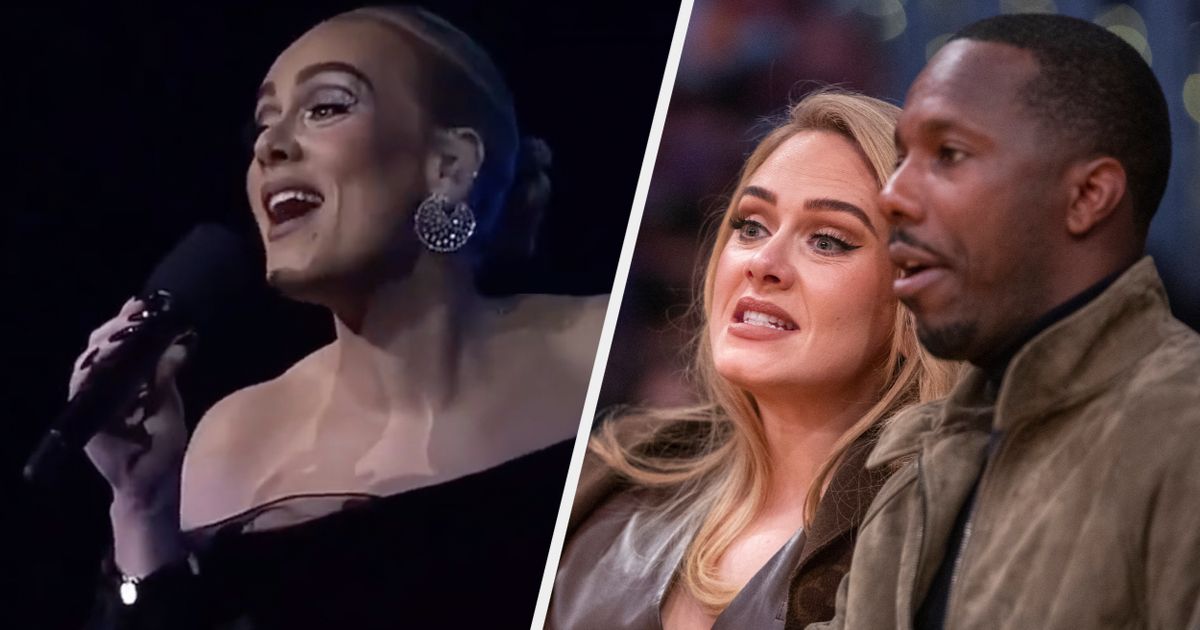 With a show as streamlined as Adele’s current Las Vegas residency, there’s little room for playing around with the setlist – but the star made an exception in honour of a very special occasion.

On Friday night, the Easy On Me singer performed the fifth of her Weekends With Adele show at The Colosseum theatre in the Caesar’s Palace hotel, which just happened to fall on her boyfriend Rich Paul’s birthday.

Rich actually spent his birthday watching his girlfriend performing, with Adele taking a moment during the show to celebrate his special day.

“It’s my boyfriend’s birthday today,” she told the audience. “And I love him more than life itself, so can we wish him a happy birthday?”

Reminding the crowd that “his name is Rich”, Adele then launched into a version of Happy Birthday To You with all the vocal flourishes you’d expect from the Grammy winner.

Frankly, it puts the efforts you usually hear around an office birthday to shame…

Adele has been in a relationship with Rich – a sports manager, whose high-profile clients include basketball icon LeBron James – since July 2021.

In an interview published this summer, Adele shut down rumours that they were planning to tie the knot, after she was seen wearing what many assumed was an engagement ring.

However, she added: “I’m happy as I’ll ever be. I might as well be married… I’ve never been in love like this. I’m obsessed with him.”

Adele was previously married to charity boss Simon Konecki for three years, before announcing their split in April 2019. The former couple share a 10-year-old son, whose name is Angelo.