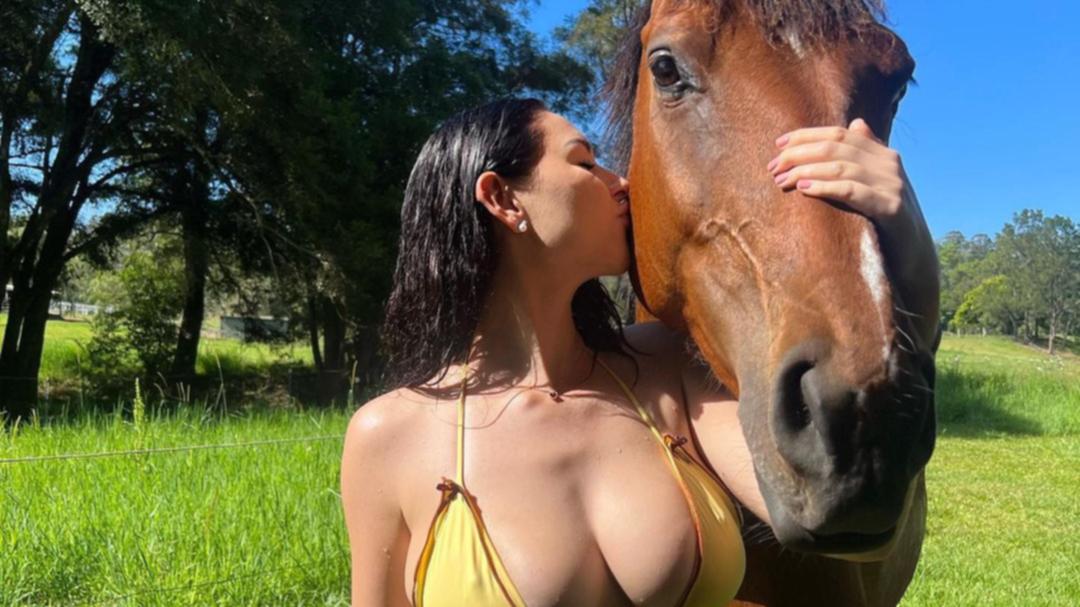 TikTok star Anna Paul has taken her love for animals to a whole new level, offering a helping hand to de-sex a horse at one of her local stables, but things really didn’t go to plan.

The popular OnlyFans creator — who often speaks about her admiration of horses and her desire to have her own — wasn’t fazed by the gruesome procedure but her boyfriend Glen Thomson was visibly grossed out.

Glen eventually passed out while helping to keep the stallion on its back and suffered a nasty graze to his head.

The 21-year-old shared a photo of Glen just moments before the situation got the best of him and then of the aftermath.

“2 mins before it happened,” Anna wrote.

“He was helping with holding the stallion on his back while they did the chop.

“And I think he looked at it for a little too long.

Earlier this year Anna Paul shut down Perth city when thousands of people showed up to her meet and greet.

WA police were forced to shut down the event over safety concerns due to the unexpected crowd size.

Paul has grown her online following over the past year, boasting a whopping 2.1m Instagram followers. She is also one of Australia’s highest-earning OnlyFans creators.