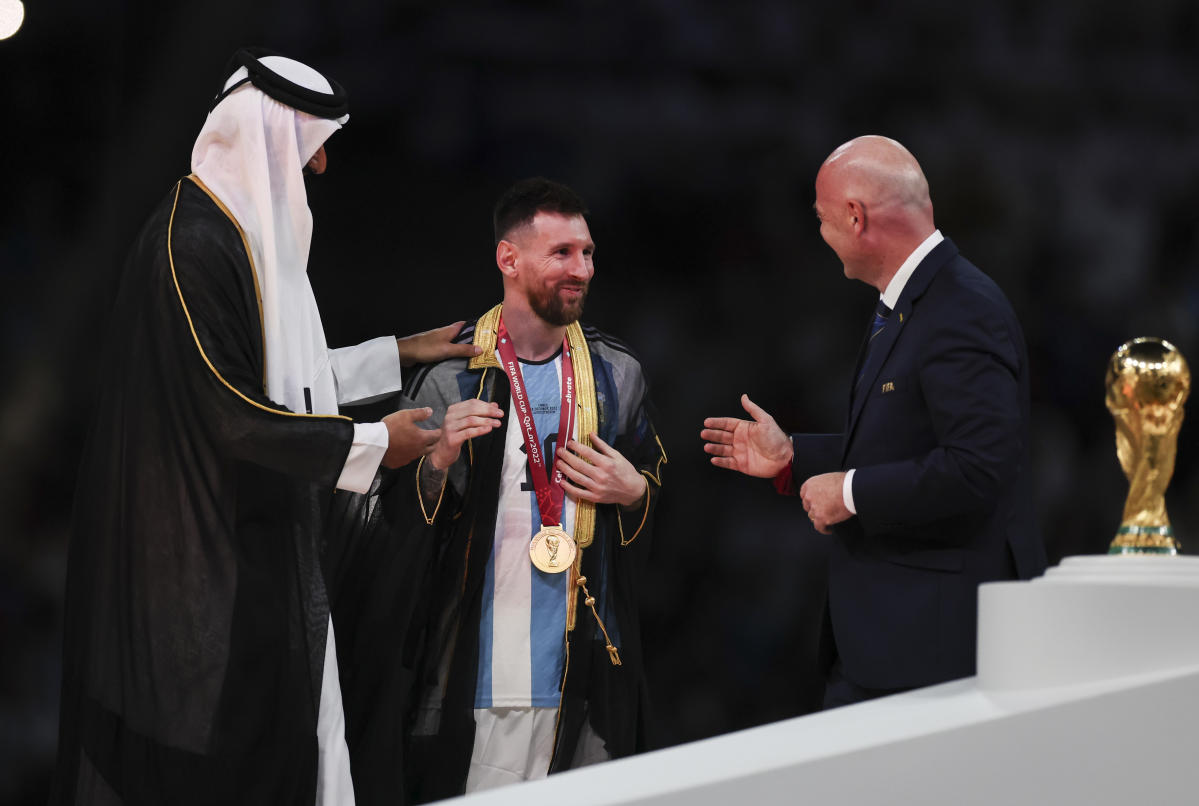 Argentina provided plenty of reasons for celebration during its World Cup win Sunday. The game itself was incredible, and featured two of the best players giving everything they had. There were last-minute scores that resulted in lead changes and, eventually, a penalty shootout.

At the end of it all, Argentina won its first World Cup in over 30 years. Lionel Messi finally did it. The celebration would certainly be joyous.

For many, it was. How does an impartial fan not get swept up in the moment after a game like that? But some aspects of Argentina’s celebration drew controversy, potentially diminishing the team’s win.

The first involved Argentina’s goalkeeper Emi Martinez. After winning the World Cup, Martinez was presented with the Golden Glove, an award given to the best goalkeeper at the World Cup.

Upon being presented with the award, which is essentially a trophy of a hand, Martinez brought it down and held it out in front of his crotch, making a phallic gesture. His actions caused a BBC commentator to utter, “No! Don’t do that, Emi.”

Martinez also took a shot at France star Kyle Mbappé after the game, mockingly holding a moment of silence for Mbappé in Argentina’s dressing room.

Mbappé scored three goals in the loss. Because of him, France was able to force the shootout, and nearly take down Argentina.

The celebration also drew questions after Messi wore a bisht while holding the World Cup trophy. A bisht is an Arabic men’s robe typically worn during special occasions. Before receiving the trophy, Messi was given the bisht by Tamim bin Hamad Al Thani, the emir of Qatar.

The gesture can be viewed as a way for the host country of Qatar to honor Messi and recognize his greatness. Some, however, believed the moment took away from Argentina and put the focus back on Qatar.

“In FIFA Final competitions, Celebratory Attire may only be worn on the field of play after the following official FIFA activities have taken place (during which the Team must wear the Shirts they wore during the Match in question.)”

The policy then lists the “trophy presentation, official FIFA photographs and official media appearances” as the instances where players must wear the shirts they wore during the match.

FIFA president Gianni Infantino was on stage as Messi received the bisht, and did not seem to object to the gesture at the time.