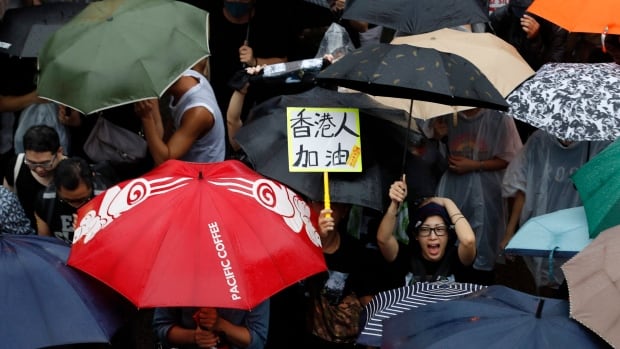 As Hong Kong experiences its biggest emigration wave in decades, many residents looking to leave are calling on the Canadian government to expand the eligibility for special immigration programs.

“The Hong Kong we grew up in, that we used to know, is not the same anymore,” said a former resident who moved to Canada through one of its programs.

“We just no longer feel safe.”

CBC News is not identifying her due to her concerns for the safety of her family, who are still in Hong Kong.

As a result of China’s tightening grip since it reverted back to Beijing’s control in 1997, many Hong Kongers say they have felt their safety and livelihoods threatened, issues that have been exacerbated by the imposition of strict COVID-19 policies as the rest of the world loosened restrictions. As residents leave for other countries, and as Canada welcomes thousands, some residents are hoping Ottawa can do more for those who are looking to leave.

In 2019, massive anti-government demonstrations paralyzed Hong Kong, sparked by a bill that would have allowed people to be extradited from Hong Kong to mainland China. That led Beijing to crack down, passing a national security law in 2020 making it easier to prosecute protesters.

Dennis Kwok, a former politician in Hong Kong who is currently a research fellow at Harvard University, says China has broken its pledge to the region.

“The key promise to the Hong Kong people … is that their way of life will remain unchanged … and that they would be able to govern their own affairs through a democratic system of government,” he said.

“Both of those promises have been fundamentally and overtly breached.”

Municipal statistics show the outflow of residents since 2019 marks the largest population decline since it began keeping records 60 years ago. Roughly 110,000 residents have left in the first half of 2022 alone.

Thousands have come to Canada, including British Columbia.

The 2021 census shows a 6.1 per cent increase of Hong Kong-born people in Vancouver’s census metropolitan area in the past five years, bringing the total population to more than 76,000. It had previously been falling for decades.

The increase of 4,395 accounts for 90 per cent of the Canada-wide increase of Hong Kongers since 2016, when the previous census was conducted.

For Daviv Lai, a father of two, leaving Hong Kong for Canada was an easy decision.

“Nowadays in Hong Kong, it’s not the best place for my kids to grow up. It will become worse,” he told CBC News.

Lai came to Canada under a special program offered by the Canadian government that allowed him first to get a work permit valid for up to three years, with a fast track to permanent residency through one of two streams. However, it requires applicants to have graduated from a post-secondary institution in the last five years.

In 2020, Lai got his bachelor’s degree in electrical engineering after completing a long-distance degree at the University of Sunderland.

“They have [a] low chance because of the policy and criteria.”

Hong Kong residents are able to apply for permanent residency in Canada under one of two streams. One is for students who have graduated from a Canadian post-secondary institution in the last three years. The other applies to people who have graduated from a post-secondary institution in the last five years and have a year of work experience in Canada.

“There is an argument to expanding these programs to catch more of those mid-career professionals,” said Kyle Hyndman, a Vancouver immigration lawyer.

“If they don’t come here, they’re going to go somewhere else.”

Twenty-five years after the handover of Hong Kong from the United Kingdom to China, the growing repression of rights and freedoms have prompted over 100,000 people to leave Hong Kong for places like the U.K., Australia and Canada.

Kwok says these residents can contribute a lot to Canadian society.

“They bring with them a lot of resources, skills and education,” he said. “It’s a win-win situation.”

“Individuals who are at risk of persecution … may also be eligible under Canada’s existing resettlement programs,” it said.