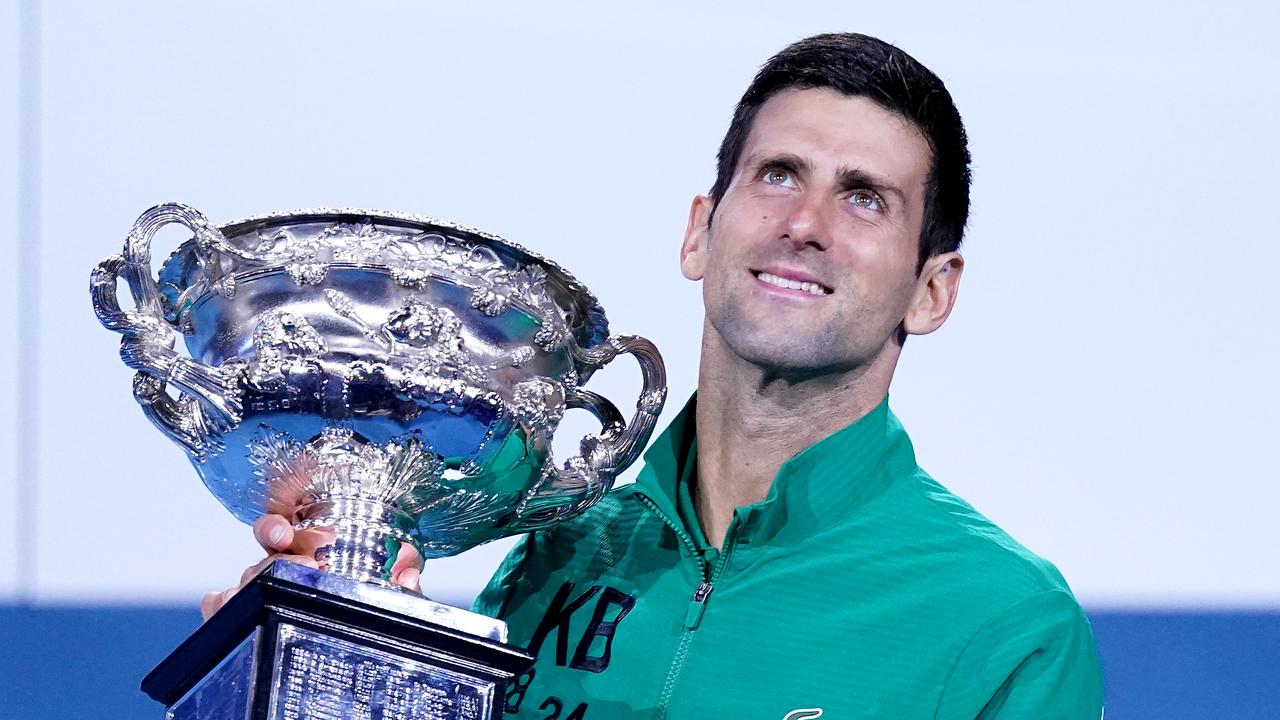 Alex de Minaur says Novak Djokovic could be untouchable if he reproduces the level of tennis he delivered to oust the Aussie in straight sets on Monday night.

The nine-time Australian Open champion crushed the 22nd-seed Aussie 6-2 6-1 6-2 in a display which put his rivals — including quarter-final opponent Andrey Rublev — on notice.

Rublev said earlier on Monday he expected to be facing Djokovic and his prophecy looked certain to be fulfilled within 15 minutes of the first game of a match the Serbian dominated.

Such was his superiority as he moved one win closer to Andre Agassi’s record of 26 consecutive singles wins at Melbourne Park, de Minaur said Djokovic was bound for a 10th Australian Open.

“I think what I experienced today was probably Novak very close to his best, I would say,” de Minaur said.

“To me, if that’s the level, I think he’s definitely the guy that’s going to take the title.”

Djokovic said post-match that his confidence levels had risen after getting through the de Minaur match unscathed.

And with his body improving and becoming less of a focus, he can start to hone in on his ambition of another Melbourne Park triumph.

De Minaur added he felt like Djokovic could hit winners from anywhere on the court during the three-set blitz.

“He hasn’t done what he’s done in this sport without knowing how to play this level,” he said.

“Look, I knew what to expect. Ultimately you go out there with a plan, you try to execute it. “At times your opponent makes it pretty difficult to execute a plan. I think today that’s what he was doing.

“He was what felt like on another level to mine. I was just trying to hang on there. At the start was very solid, then he loosened up even more and started swinging. It felt like he could hit

winners from every place in the court.”