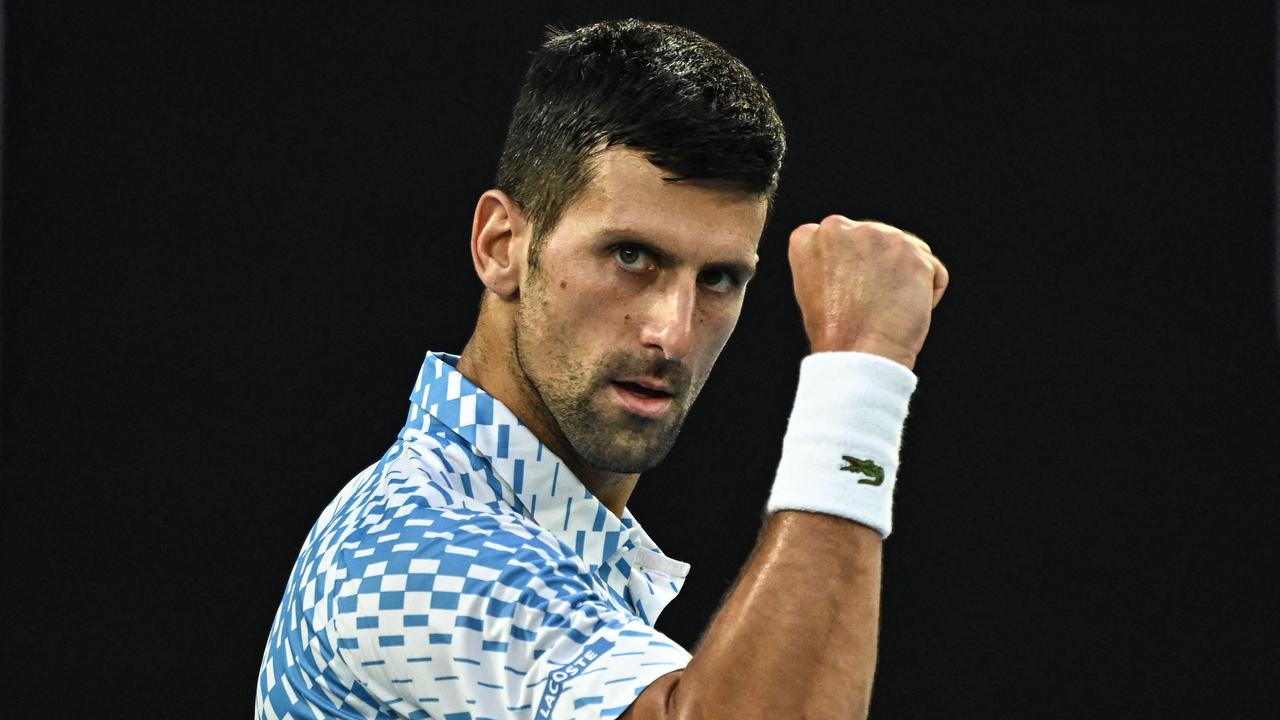 The Australian Open could have four semi-final debutants reach the final four on Tuesday at Melbourne Park.

A number of shock upsets and exits has blown the men’s singles and women’s singles fields wide open and the door is open for fairytales to come true.

The Day 9 action is headlined by No. 3 seed Stefanos Tsitsipas’ quarter-final against 21-year-old Jiri Lehecka.

The winner will play either 18th-seeded Russian Karen Khachanov or 29th-seeded American Sebastian Korda in the semi-finals.

In the women’s draw, No. 3 seed Jessica Pegula, the highest-ranked player remaining, will be desperate to avoid becoming the latest surprise victim.

The American, whose billionaire parents own the Buffalo Bills in the NFL, is closing in on her first major title. But she must first overcome two-time Melbourne champion — and good friend — Victoria Azarenka in the last eight.

The winner will play either reigning Wimbledon champion Elena Rybakina or the 2017 French Open winner Jelena Ostapenko in the semi-finals.

9.45am – Djokovic rages over latest rumour

It emerged after the match that Djokovic has simply had enough of the rumours and speculation that has surrounded his hamstring injury on his left leg.

Djokovic played nearly perfect tennis in the straight-sets win over de Minaur, where he won 16 of the final 19 service games, leading to another flurry of suggestions he has been faking the injury that he says he has carried since playing in Adelaide earlier this month.

Asked afterwards how he had been so emphatic, Djokovic told the crowd: “Because I wanted to.”

The 35-year-old called it his “best match of this year so far” and a “perfect match”.

And of his hamstring added: “Tonight I didn’t feel any pain. I moved as well as I have the whole tournament.

“It means we are progressing in the right direction.”

He again addressed the issue in his post match press conference and vented his fury when speaking to Serbian journalists.

“I leave the doubting to those people – let them doubt,” Djokovic said.

“Only my injuries are questioned. When some other players are injured, then they are the victims, but when it is me, I am faking it. It is very interesting… I don’t feel that I need to prove anything to anyone.

“I have got the MRI, ultrasound and everything else, both from two years ago and now. Whether I will publish that in my documentary or on the social media, depends on how I feel. Maybe I will do I it, maybe I won’t.

“I am not really interested at this point what people are thinking and saying.

“It is fun, it is interesting to see how the narrative surrounding me continues, narrative that is different compared to other players that have been going through similar situation. But I am used to it, and it just gives me extra strength and motivation. So I thank them for that.”

Tennis journalist Jose Morgado said they were “strong words” for the nine-time champion to use.

“It’s not like a rollercoaster, it’s like they put a gun to your head. A rollercoaster is easier,” said the exhausted Russian after the 3hrs 37mins epic.

“I think I was never able to win matches like this and this was the first time ever that I won something like this to be in the quarter-final.

Rublev had bounced back from 7-3 down in the tiebreak for the gutsy win.