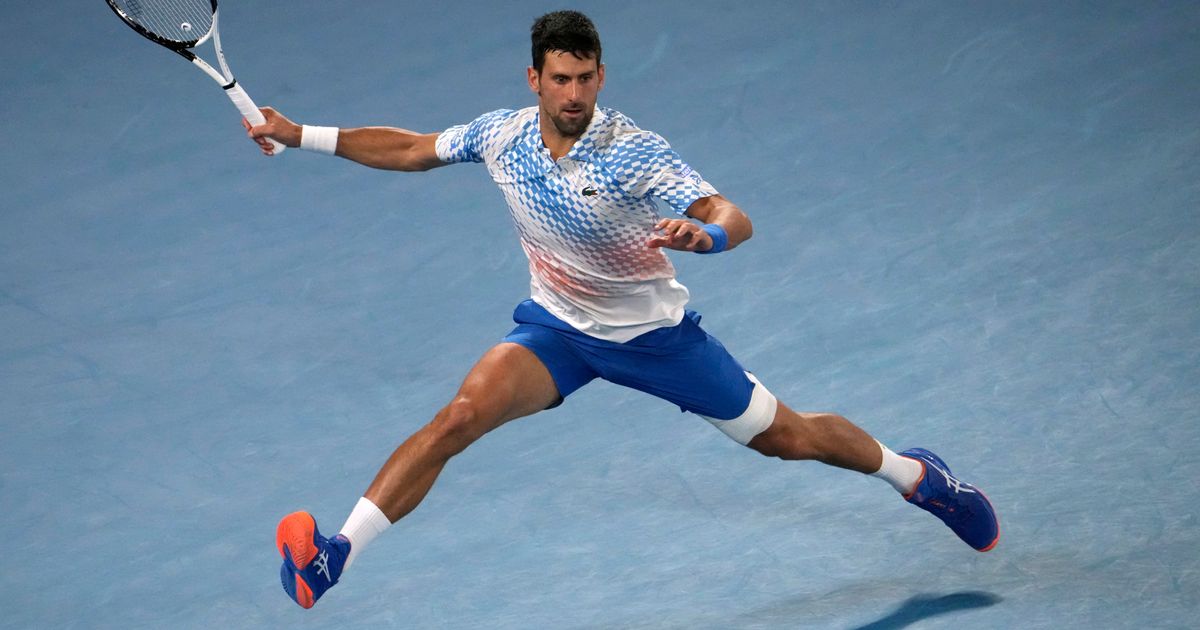 It’s men’s semifinal day and of course Novak Djokovic is in the mix. He plays unseeded American Tommy Paul, while the other men’s semifinal is No. 3 Stefanos Tsitsipas against No. 18 Karen Khachanov. Djokovic is on a 26-match winning streak at Melbourne Park and has looked particularly dominant since his sore left hamstring stopped bothering him. He has grabbed 11 sets in a row and dropped only 27 games in that span. Djokovic is seeking a 10th Australian Open title and 22nd Grand Slam trophy overall, which would tie him with Rafael Nadal for the men’s record. He’s also a combined 18-0 in semifinals and finals in Melbourne. Djokovic did not play in last year’s tournament after being deported from the country because he was not vaccinated against COVID-19. Tsitsipas, who was the runner-up to Djokovic at the 2021 French Open, credits former Australian player Mark Philippoussis with helping as a co-coach with Tsitsipas’ father. “The reason Mark is part of the team is because the dynamic has showed that it’s good,” Tsitsipas said. “There hasn’t been any friction. There’s never misunderstandings or things that lead to conflict. I’m enjoying this.” Tsitsipas is unbeaten in nine matches this season. In the mixed doubles final, Sania Mirza and Rohan Bopanna will play Rafael Matos and Luisa Stefani. The 36-year-old Mirza is playing in her last Grand Slam tournament before she plans to retire next month. She made her Grand Slam debut at the Australian Open and won the mixed doubles title at Melbourne Park with Mahesh Bhupathi in 2009, one of her six major doubles trophies.

Women’s Singles Semifinals: No. 22 Elena Rybakina vs. No. 24 Victoria Azarenka; No. 5 Aryna Sabalenka vs. Magda Linette.

Sunny with a high of 80 degrees Fahrenheit (27 degrees Celsius).

STAT OF THE DAY

QUOTE OF THE DAY

“Rohan was my first-ever mixed doubles partner when I was 14 years old. … We’re so excited to come back here and give ourselves another chance.” — Mirza, now 36, on playing with Bopanna at her last Grand Slam tournament before retirement.