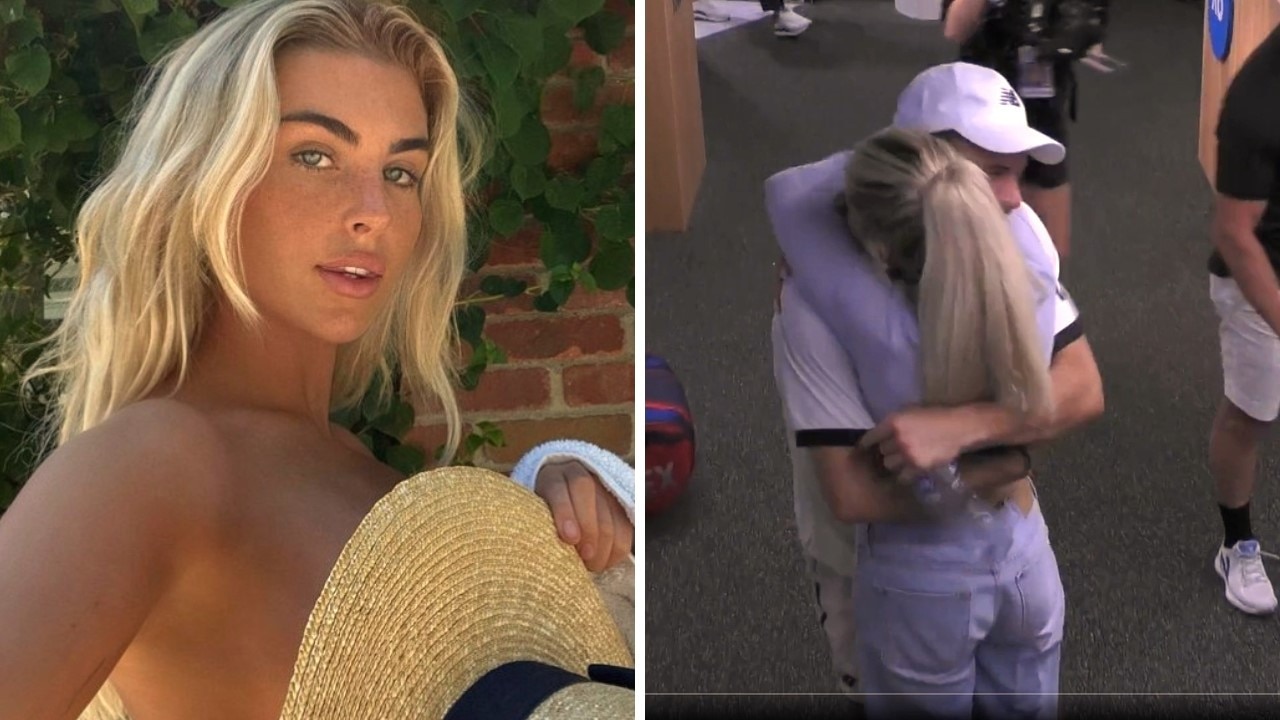 Tommy Paul and girlfriend Paige Lorenze have shared a special moment behind the scenes at the Australian Open as the American’s fairytale run rolls on.

The world No. 35 was left openly emotional on Wednesday as he progressed to his first grand slam semi-final with a win over American rising star Ben Shelton.

Behind the scenes cameras captured the 25-year-old celebrating the biggest moment of his career when he was able to embrace Lorenze, his mum Jill MacMillan and even Shelton.

MacMillan flew to Australia to arrive just in time for the quarter-final while Lorenze has been in Australia throughout his campaign, documenting her time in Melbourne with social media posts.

The model and influencer is no stranger to turning heads online with over 400k Instagram followers.

Described as “absolutely gorgeous” and “miss perfection” online, even fellow influencers have been blown over by Lorenzo, with Emma MacDonald commenting on a recent photo: “Jaw on floor.”

But Lorenze’s career is far from limited to just her successful modeling career, which has seen her work with brands such as Pacsun, Tiger Mist, Revlon, and more.

The Sun reports she is also the founder of the clothing brand Dairy Boy, a brand name that refers to “someone who shamelessly enjoys life’s simple pleasures and embraces what makes them happy,” per their website.

Lorenze is also an avid TikToker with almost 200k followers, while she also has over 60k subscribers to her YouTube channel.

Lorenze and Paul have been Instagram-official since October 2022.

While neither regularly posts photos together, perhaps due to the typically nomadic lifestyle of tennis players, they do often comment on one another’s posts.

And Lorenze has been front and centre in Melbourne, watching Paul’s greatest sporting success to date first-hand.

Following his quarter-final win over Ben Shelton, she posted a photo of Paul on the big screen at the Rod Laver Arena accompanied by crying emojis.

She also uploaded a vlog from behind the scenes at the Australian Open back on January 21.

She will surely be watching on with bated breath in the arena as he takes on 21-time Grand Slam winner Novak Djokovic for a spot in the final.

Anything other than a rampant win for Djokovic would amount to a massive upset.

Paul and the Serb great have never played each other before.

“I saw him in the locker room after I finished my match. He said, ‘congrats’,” said the 25-year-old, adding they had practised together before.

“Obviously he’s pretty comfortable here in Australia. It’s going to be a challenging match but I’m playing some of my best tennis, so it’s a good time.”

Paul is the first American man into the last four of the Australian Open since Andy Roddick in 2009.

“Making it to the second week of a Slam is everyone’s dream when they play tennis. Can’t believe I’m here right now,” an emotional Paul said when interviewed on the court after the match.

“It wasn’t like the prettiest match ever today, but it was how I needed to play the match.

“He’s a great server. I had to just put in as many returns as I could. But I’m really excited, man. It’s really cool.”