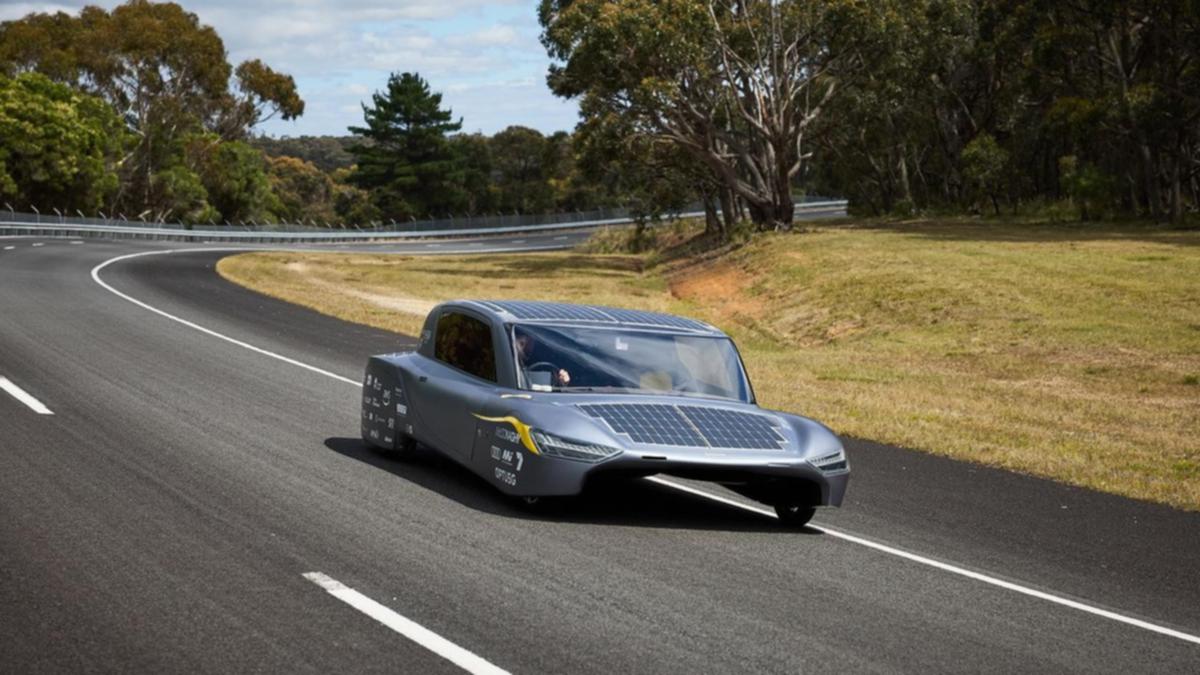 An Australian made solar-powered race car has narrowly set a provisional Guinness World Record in a 1000 kilometre race, overcoming challenges to claim the title with just six minutes to spare.

The Sunswift 7 vehicle, created by a team of UNSW engineering students, is now on track to hold the record for the fastest electric car to travel more than 1000 kilometres on a single charge.

But the low-profile vehicle almost missed the finish line, with a battery management issue causing a 14-minute pit stop that almost cancelled the record attempt.

The Sunswift 7 vehicle, powered by a battery and solar panels on its roof and bonnet, completed 240 laps of Victoria’s Australian Automotive Research Centre to complete the challenge, or the equivalent of driving further than Sydney to Melbourne.

Sunswift team manager Andrea Holden said the win had been “validation of all the effort everyone in the team” had put in after originally creating the vehicle for the biennial Bridgestone World Solar Challenge that was cancelled due to the COVID-19 pandemic in 2021.

“It feels very weird to think that we’ve helped to make something that’s the best in the entire world,” Ms Holden said.

“Two years ago, when we started to build this car, everything was going into lockdown and there were a lot of difficult moments.”

The fix took 14 minutes and 52 seconds out of 15 minutes allowed.

Prof Hopkins, who helped lead the Red Bull team to four World Championships, said the achievement was even more “incredible” in light of the obstacles the team had to overcome.

“Let’s remember these are not the best-paid professional car makers in Stuttgart working for Mercedes,” he said.

“This is a bunch of very smart amateurs who have taken all the ingredients and put it together in a brilliant way.”

The Sunswift 7 race car weighs about a quarter as much as a standard electric vehicle at 500kg and boasts a low-profile body with a drag coefficient of just .095.

Prof Hopkins said the vehicle would not be “a production car of the future” due to cost and other practicalities but said its design could provide valuable lessons to the design of future fuel-efficient vehicles.