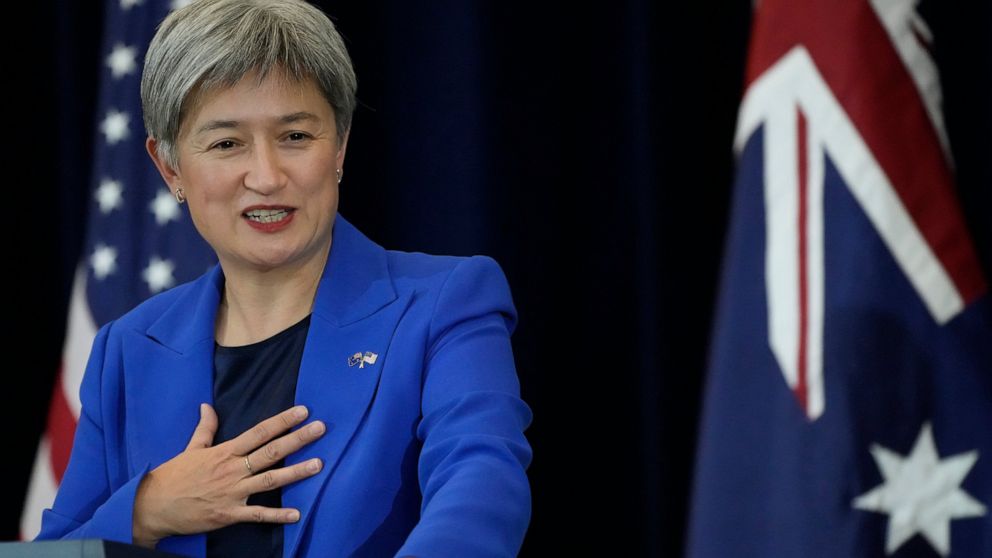 CANBERRA, Australia — Australian Foreign Minister Penny Wong said Monday she will meet with her counterpart Wang Yi in Beijing this week as Australia and China mark 50 years of diplomatic relations.

Her trip signals a continued thaw in the relationship between the two nations since Australian Prime Minister Anthony Albanese won an election victory in May, replacing the more conservative Scott Morrison in the top role.

Albanese and Chinese President Xi Jinping met on the sidelines of the G20 summit last month in Bali, the first such formal meeting between the leaders of the two nations in six years.

Trade will be on the agenda for Wong’s meeting with Wang, as Australia continues its push for China to remove billions of dollars in sanctions which have been in place since 2020.

“China has grown to become one of the world’s largest economies and Australia’s largest trading partner,” Albanese and Wong said in a joint statement. “Trade between Australia and China, as well as strong people-to-people, cultural and business links have delivered significant benefits to both our countries.”

Albanese and Wong said the trip came after the Chinese government invited Wong to meet with Wang and hold the sixth Australia-China Foreign and Strategic Dialogue, which was last held in 2018.

“Australia seeks a stable relationship with China; we will cooperate where we can, disagree where we must and engage in the national interest,” Albanese and Wong said in their statement.

The visit comes after Wong and Wang earlier this year engaged in a tit-for-tat diplomatic rivalry in the Pacific as they island hopped on diplomatic visits following a failed bid by China to ink an ambitious multilateral deal with 10 South Pacific nations.