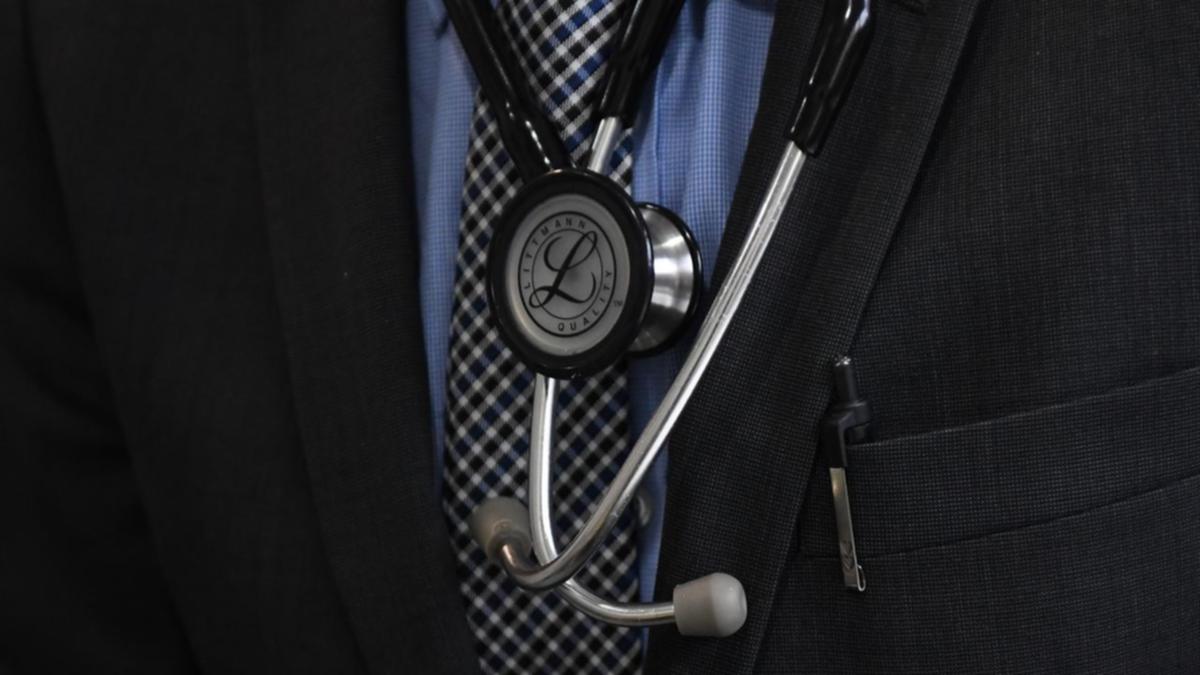 A Queensland doctor accused of serious assault and choking has been granted bail with a temporary overnight curfew and no surety required.

The charges related to an incident where the doctor allegedly attacked his wife in front of her 13-year-old son during an argument about money being paid to his ex-wife from a property sale.

The doctor’s legal representatives appeared in Brisbane Supreme Court on Tuesday for a bail application.

The doctor was not required to appear but a group of supporters attended the public gallery.

The doctor’s barrister submitted CCTV footage that he said showed the alleged victim, the doctor’s wife, “pushing” him out of the way.

Crown prosecutor Ryan Minuti said the footage also showed the doctor “chasing (the alleged victim’s) son out of the room and putting him in what he described as a headlock”.

Justice Peter Davis asked Mr Minuti why the doctor should not be granted bail.

“I know this is a show cause matter but it’s his alleged first offence. He is a doctor, isn’t he?” Justice Davis said.

Mr Minuti said the doctor’s registration had been suspended.

Justice Davis said the doctor had a strong application for bail with good character references.

Mr Minuti responded that it was “not unusual for people of good character to come before court for domestic violence”.

Justice Davis said the doctor would hand over his passport but he would not need a surety or permission to leave Queensland, as fleeing justice was “not a relevant risk”.

The judge agreed with Mr Minuti’s request for a “minimum” 10pm to 4am curfew for the doctor’s first three months on bail on the condition it not interfere with his medical practice if his suspension was lifted.

Justice Davis ordered the doctor’s barrister to produce a draft set of bail conditions that if approved would result in the doctor being granted bail on Tuesday.

“These are serious offences if proven. It is well recognised that domestic violence is a problem in society and one way to address that is to have alleged offenders in show cause position (for bail applications),” Justice Davis said.

“(The doctor) has, subject to compliance with conditions, demonstrated continuing to hold him in custody to not be justified.”