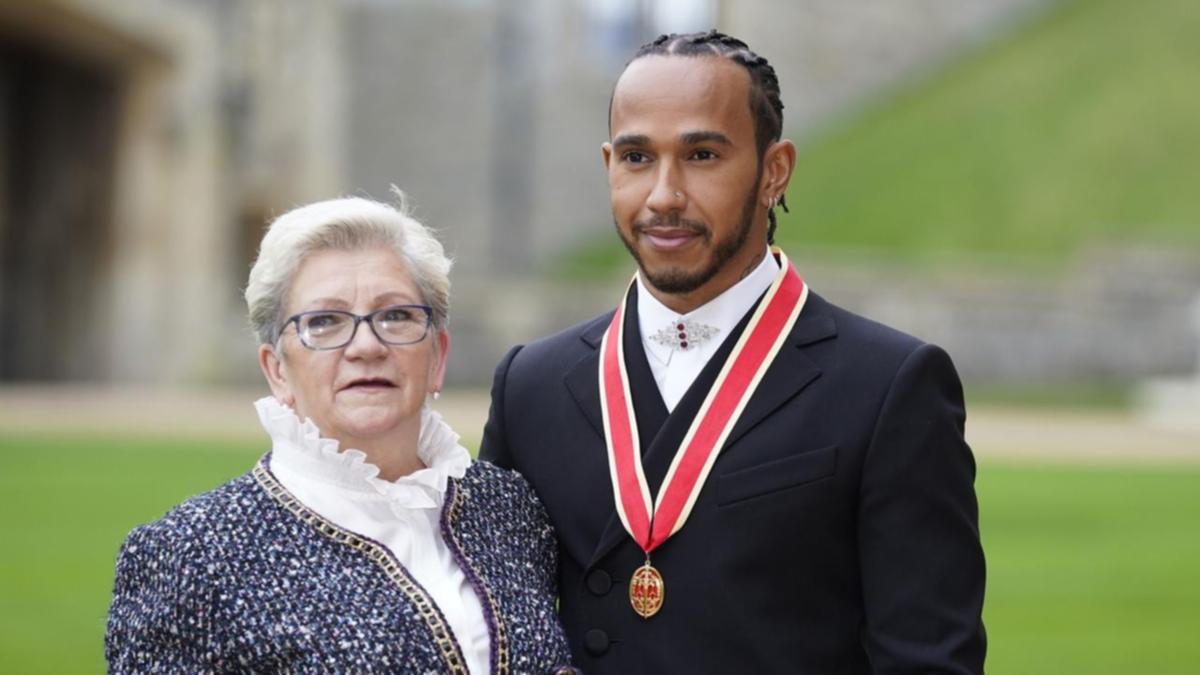 Lewis Hamilton has said he had bananas thrown at him and was repeatedly called the “n-word” at school.

The seven-time Formula One world champion, who was born and educated in Stevenage, just north of London, detailed the racial abuse in the On Purpose podcast, released on Monday.

The 38-year-old, who is preparing for his 17th season in F1, said: “For me, school was the most traumatising and most difficult part of my life.

“I was already being bullied at the age of six. At that particular school I was one of three kids of colour and just bigger, stronger, bullying kids were throwing me around a lot of the time.

“And the constant jabs, the things that are either thrown at you, like bananas, or people that would use the n-word just so relaxed. People calling you half-caste and not knowing where you fit in. That for me was difficult.

“In my (secondary) school there were six or seven black kids out of 1200 kids and three of us were put outside the headmaster’s office all the time. The headmaster just had it out for us – and particularly me.

“I felt the system was up against me and I was swimming against the tide. There were a lot of things I supressed.

“I didn’t feel I could go home and tell my parents that these kids kept calling me the n-word, or I got bullied or beaten up at school today, I didn’t want my dad to think I was not strong.”

Hamilton remains F1’s sole black driver. He has established Mission 44 – which aims to enhance the lives of people from under-represented groups – and Ignite, a joint enterprise with his Mercedes team to improve diversity and inclusion in motor racing.

The British driver is entering the final year of his PS40m-a-season deal with Mercedes.

But it is anticipated that he will stay on the grid beyond his 40th birthday by signing a new multi-year contract.

Looking ahead to life after F1, Hamilton added in the podcast, which was recorded in November: “It is going to be really, really hard when I stop racing. I have been doing it for 30 years. When you stop, what is going to match that?

“Nothing is going to match being in a stadium, being at a race, being at the pinnacle of the sport and being at the front of the grid or coming through the grid and that emotion that I get with that.

“When I do stop there will be a big hole so I am trying to focus and find things that can replace that and be just as rewarding.”

Hamilton will unveil his new Mercedes at the team’s launch at Silverstone on February 15 ahead of the first round of the new season in Bahrain on March 5.