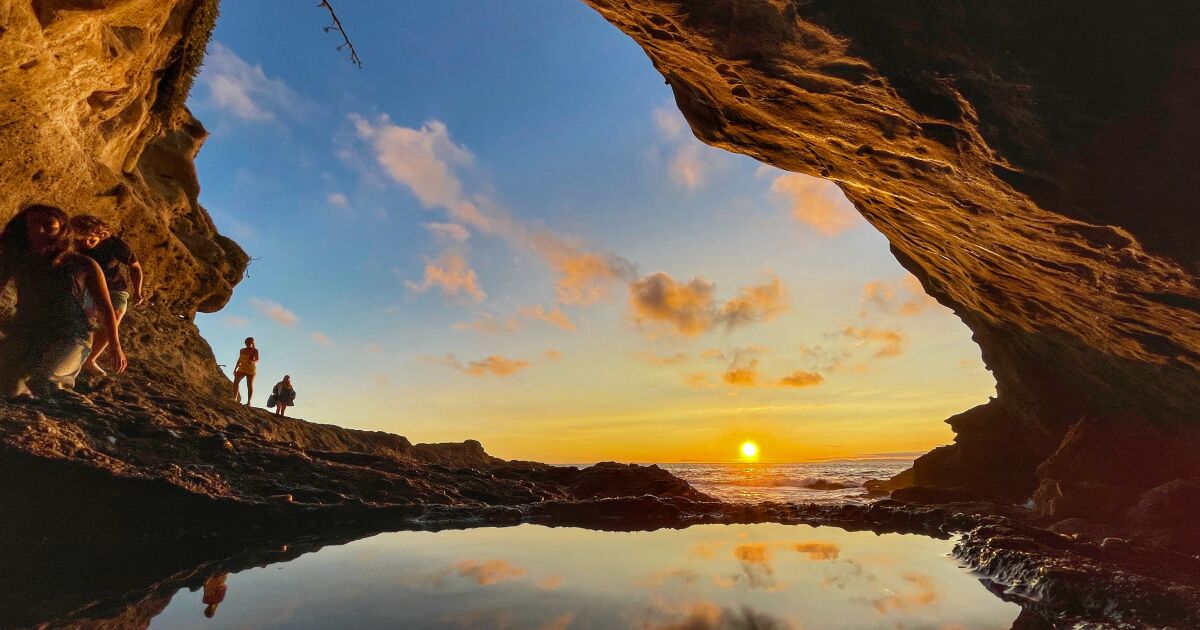 Visiting sea caves isn’t just about seeing a cool grotto carved out by the ocean — it’s also about the journey to find these caverns. There are cliffs to descend, rocks to scramble, tide pools to tiptoe around and sea grass to avoid slipping on (trust me on this).

Southern California is particularly good for sea cave hunting because the coast features large bluffs, fault lines and a relentless ocean. Carved out of rock cliffs that date back as many as 75 million years, caves are formed by waves pounding against the water line. Where there’s a crack or fault in the cliff, a cave slowly develops. Every cave has its own personality and tells a story that can be decoded only by careful observation. Some are just a few feet deep, while others could fit an NBA-regulation basketball court. Cave bottoms are lined with sea life such as mussels, gooseneck barnacles and tiny snails; the rest of the space is a geological treasure trove.

Due to erosion and tidal variations, these caves transform from season to season, year to year. A few years ago it was easy to walk on hard-packed sand right through the cave at Thousand Steps in Laguna Beach. Nowadays, all the sand has washed away, exposing enormous boulders. To enter, one must hop, skip and jump.

Most sea caves (except the ones in the La Jolla Underwater Park) must be accessed during low tide, preferably below -1. Make sure to plan ahead by checking the tides, surf and swell (the lower, the better); you can set up alerts for low-tide events on apps such as Tide Alert (NOAA). Arrive about an hour before the lowest tide so you have time to find the cave, explore in and around it and head safely back. At most, it’s a three-hour adventure before the tide comes in.

A word of warning: Always use caution before entering a cave, and avoid sea caves in the aftermath of events like the recent storms in L.A. County. Brett F. Sanders, a professor of civil and environmental engineering at UC Irvine, studies flooding and erosion hazards. “Sea caves are always at risk of flash flooding from strong waves,” he says. “A big storm event can trigger an instability of the rock surrounding the cave, leading to a partial or even complete collapse of the cave.” Further, “with a big winter storm, the waves can be much bigger, which heightens the strength of currents in and out of the caves,” he says.

So hang back and watch waves entering the cave before you go in yourself, and be mindful of timing. When in doubt, just look from afar. It’s still an amazing experience.

Here are the best sea caves to check out during SoCal’s winter, when the tides are at their lowest. Don’t forget to bring sturdy shoes that can get wet and an adventurous spirit.