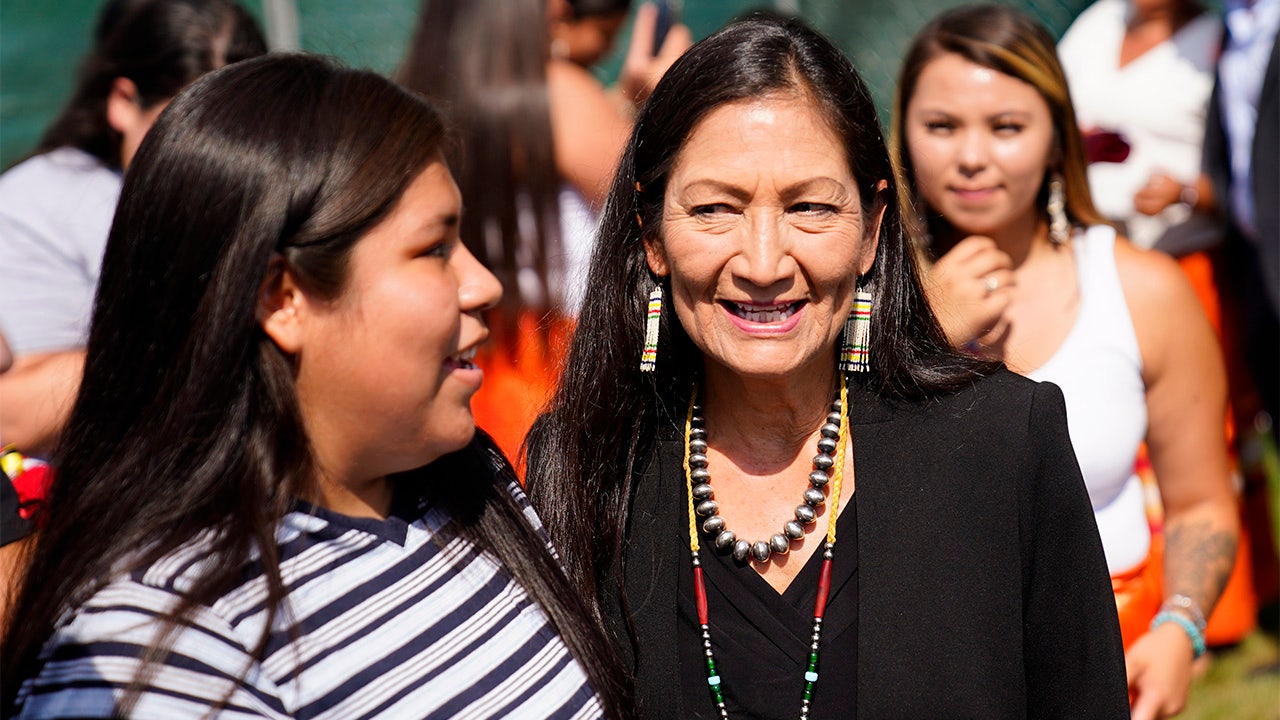 “For over a century, the Greater Chaco region has been under siege by an onslaught of oil and gas drilling, negatively impacting public health, air, water, climate, and cultural resources,” the WildEarth Guardians said in a release Thursday.

“In recent years, the Bureau of Land Management has skirted updates to its resource management plans, rubberstamping multistage horizontal fracking without ever analyzing the cumulative impacts of this technology,” it continued.

In addition to lobbying lawmakers, the activists screened a film narrated by Somah Haaland that “showcases the threats” posed by oil and gas leasing in the region,” according to the WildEarth Guardians. Sen. Martin Heinrich, D-N.M., and Rep. Teresa Leger Fernandez, D-N.M., attended the screening along with “agency officials.”

Meanwhile, the Bureau of Land Management (BLM), a subagency within Secretary Deb Haaland’s Department of Interior (DOI) that is tasked with managing nearly 250 million acres of federal lands, is expected to soon finalize a rule acceding to activists’ demands. Earlier this month, the agency closed a comment period for its proposal to withdraw 351,500 acres of public lands within 10 miles of the Chaco site for 20 years.

Secretary Deb Haaland, the second Native American to ever serve in a presidential Cabinet as a member of the Pueblo of Laguna, has previously signaled her support for the moratorium, saying it would protect the area’s “rich cultural legacy.” In 2021, she started the Honoring Chaco Initiative, a collective of stakeholders assigned with studying the impacts of continued oil and gas drilling on the land.

“In our comments on the withdrawal, we pointed out the conflict of interest Secretary Haaland already has as a member of a Puebloan nation that is advocating for the 10-mile buffer,” Kathleen Sgamma, the president of the Western Energy Alliance, told Fox News Digital. “Her daughter actively lobbying for the buffer highlights the conflict of interest and lack of discretion.”

Industry groups like Western Energy Alliance, locals and the Navajo Nation have expressed vehement opposition to the moratorium, arguing it would have a negative financial impact on the region. According to the Navajo Nation, there are currently 53 Indian allotments located in the 10-mile buffer zone that generate $6.2 million per year in royalties for an estimated 5,462 allottees and there are 418 unleased allotments in the zone that are associated with more than 16,000 allottees.

“We’re not destroying anything – we are Native Americans ourselves. Nobody is destroying the park,” Delora Hesuse, a Navajo Nation citizen who owns allotted land in the Greater Chaco region, told Fox News Digital in September. “The oil companies sure aren’t destroying the park. And they have new technology.”

“It just seems like they are listening more to the environmentalist people,” Hesuse added.

Opponents of the moratorium, including the Navajo Nation Council and Western Energy Alliance, have proposed a compromise proposal that would ban oil and gas leasing within five miles of the site, instead of the 10-mile moratorium backed by climate activists. The DOI, though, has yet to acknowledge the compromise, instead moving forward with the rulemaking process for the 10-mile buffer.

Navajo Nation leaders and citizens have argued against the 20-year moratorium on fossil fuel leasing within 10 miles of the Chaco Culture National Historical Park.
(iStock )

“The department is completely ignoring a compromise solution advanced by the Navajo Nation, whose lands are directly affected by the decision, whereas the Puebloan people are hundreds of miles away,” Sgamma told Fox News Digital.

“As we stated in our comments, the Interior Department needs to restart the process and consider the compromise solution from the Navajos which balances the cultural interests of the Puebloan peoples while minimizing the economic harm to Navajos actually living in the Chaco area,” she continued.

“It appears that Secretary Haaland’s interests and kinship ties are clouding her ability to make a reasoned, balanced decision.”

For years, Somah Haaland has been an activist for Indigenous causes. Haaland now works on activist work through artwork and filmmaking, according to a bio page on the Pueblo Action Alliance website.

“Somah’s introduction to grassroots work and organizing began when they became a voter registrar and started working as an intern on various democratic political campaigns when they were in high school,” the bio states. “As they began to work with PAA in the summer of 2020, their worldview and understanding of colonialism began to expand.”

“They currently view themselves in a liminal space of both learning and unlearning,” it continues. “Somah is passionate about empowering youth, creating art as a form of resistance, and marrying their love of filmmaking and environmental justice through documentary work.”

Thomas Catenacci is a politics writer for Fox News Digital.