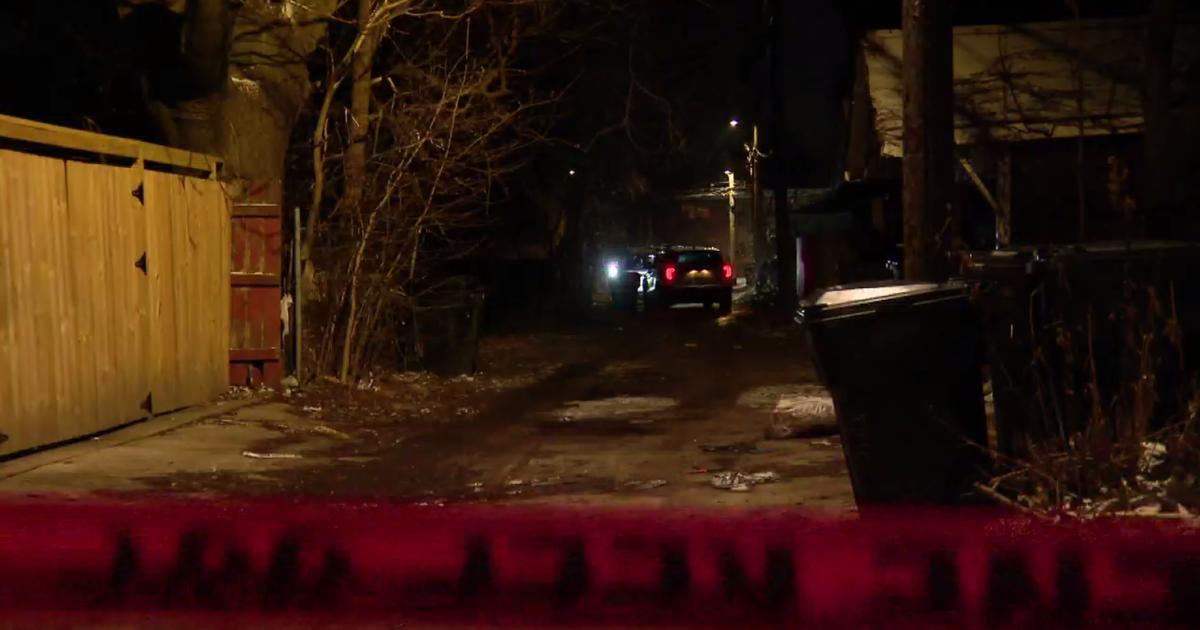 CHICAGO (CBS) — The body of a deceased man was finally found in the South Chicago neighborhood late Monday after days missing.

The body vanished along with a van stolen from a Rockford funeral home over the weekend. The van was found Sunday, but the corpse was not found until a day later – more than two miles away.

As CBS 2’s Jermont Terry reported, the family trying to bury their loved one has some sort of relief, since investigators finally knew where their corpse was Monday night. Yet it remained unclear how the van was stolen in the first place, or who dumped the body in Chicago.

An anonymous 911 call brought Chicago Police to an alley near 83rd Street and Manistee Avenue, after someone thought they spotted a body in the road. When officers arrived, they confirmed what the caller saw.

“An ambulance, fire truck, and I was just like: ‘Oh, what’s happening? Let me go do what I normally do – get on the porch and pay attention; try to figure it out,'” a neighbor said. “And then after that, I was just like, wow. They put out red tape. Let me get back in the house.”

The red crime scene tape surrounded several abandoned homes on the block. The investigation spans all the way to Rockford – where over the weekend, a funeral home reported a van with a corpse stolen.

After days of looking for the van and the body, they both showed up in Chicago – separately.

Rockford Police said the van was stolen on Saturday afternoon from Collins & Stone Funeral Home. A dead man’s body was a body bag in the cargo area at the time.

It was not clear whether the thief knew there body was a body inside upon stealing the van.

“The heck – they stole a body?” a witness said.

The van was found Sunday night in Chicago, with no body inside, according to Rockford police. Chicago police found the gray 2012 Chrysler Town & Country abandoned in the 1400 block of East 87th Street, near Dorchester Avenue – 97 miles away from the Rockford funeral home from which it was stolen.

Late Monday, it remained unclear whether or not the family of the deceased man had been notified, and what recourse they have – if any.

Rockford police released surveillance images of a possible suspect, who was wearing a black hoodie, black pants, and gloves.

He is wanted not only for stealing as vehicle, but also abuse of the corpse for moving the body without authorization.

Meanwhile, we have learned that when the body found, it was not covered in a bag – it was just dumped. It has all left a family heartbroken and investigators stumped.

“I mean, I’m sorry that happened, honestly,” the neighbor said.

We reached out to the Rockford funeral home, but they did not get back to us. We do not know whether the van was running or not when it was stolen.

Anyone who recognizes the suspect, or has any information on the theft of the van, is asked to call Rockford police at 815-966-2900. Anonymous tips also can be texted to 847411 by including RPDTIP at the start of your message.

Jermont Terry joined the CBS 2 team in October 2019. He’s born and raised on Chicago’s South Side. He’s happy to return home to report on his community after 18 years of uncovering stories across the country.