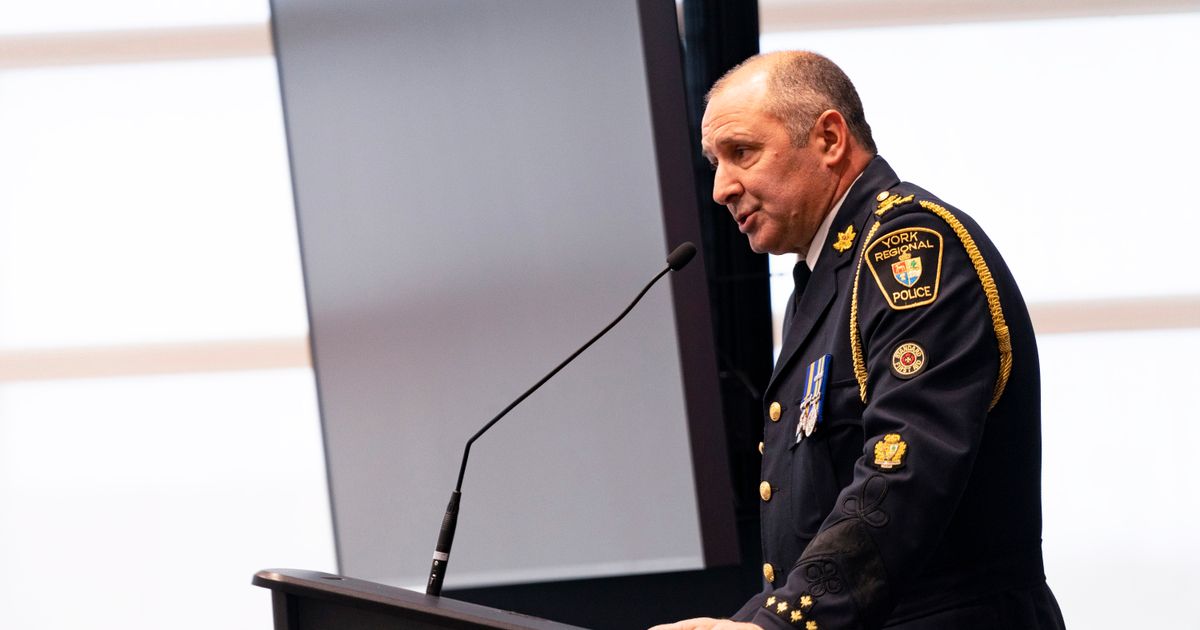 TORONTO (AP) — A suburban Toronto man who was killed by police after authorities say he fatally shot five people in his condominium building, including three members of the condo board, had a court hearing scheduled for the next day to determine if the building’s management could evict him.

Francesco Villi, 73, attacked neighbors on three floors of his building on Sunday night, killing three men and two women and wounding a sixth person, a 66-year-old woman who is expected to survive, according to police. One of the officers who responded to a call about an active shooter inside the building in the suburb of Vaughan shot and killed Villi, authorities said.

The attack happened the day before a scheduled online court hearing in which lawyers for the condominium corporation were set to argue that it should be allowed to evict Villi because he had spent years harassing building employees, board members and other neighbors. In court documents, the building’s lawyers said Villi ignored court orders to end the harassment and stop posting online about a longstanding dispute he had with the condo’s management.

Villi long claimed in videos posted on social media and in court documents that vibrations, noises and emissions from the building’s electrical room under his unit were making him sick, and that board members and the building’s developer were to blame.

According to court documents, at least two condominium managers quit because of him, and security guards quit or changed shifts to avoid him. Residents also said Villi would swear at them and film them.

“The Condominium submits that a penalty directing Villi to sell and vacate his unit within 90 days of the resolution of this matter is the only meaningful punishment that will serve the dual purposes of a finding of contempt,” lawyers for the building wrote to the court. “While this is an extreme penalty, the Condominium submits that it is proportional to Villi’s offence. He has proven himself to be ungovernable.”

In rambling videos he posted on Facebook in the hours and days leading up the attack, Villi talked about the legal dispute. The posts include recordings of phone conversations he had with lawyers about his case. In one video he posted Sunday, the lawyer for the building noted that the condo corporation had asked him to sell his unit and move out.

The lawyer noted that there was an online court hearing in his case scheduled for Monday and that he needed to go to the condo management office, where the manager would help him log in.

Villi claimed during the call that he wasn’t prepared to present his case at the hearing. He also asked what the board wanted from him, to which the lawyer said it needed him to stop harassing and shouting at people, and to pay the condo corporation’s legal fees. She noted that the case had dragged on for years.

The lawyer responded that an updated bill of costs would be provided and that he needed to agree to stop harassing and recording people. “The corporation is asking you to sell your unit and move out. That’s the request at this point because you are not capable of living in the community and behaving,” the lawyer said.

Police haven’t released the names of those who were killed and wounded, but the condo board’s president, John Di Nino, issued a statement asking for privacy after it was reported that his wife was injured in the shooting. “This is obviously a very difficult time for my family,” he wrote.

Mass shootings are rare in Canada, and Toronto has long prided itself as being one of the world’s safest big cities. Vaughan is just north of Toronto.