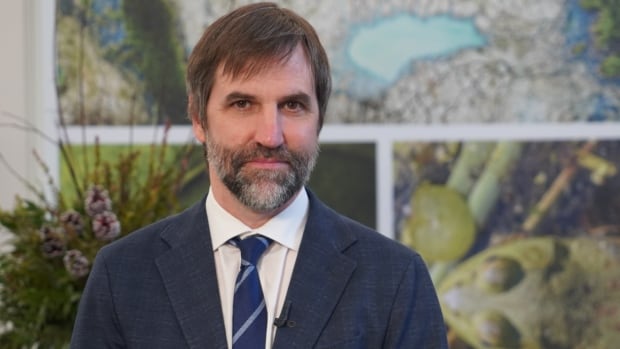 It’s not every day the prime minister asks a rebel to join his cabinet, but for Justin Trudeau, it’s been a well-received gamble.

As his first full year in office wraps, activist-turned-politician Steven Guilbeault is in the midst of hosting the world for the UN’s COP15 conference in Montreal, as Canada’s minister of environment and climate change. It’s the most significant biodiversity conference in over a decade.

COP15 comes on the heels of last month’s heavily attended COP27 — the UN conference for climate negotiations hosted by Egypt.

The back-to-back sessions, combined with Guilbeault’s 25-year history in the environmental movement, have made the Canadian minister something of a celebrity in these circles, catching eyes and accolades of activists, politicians and negotiators alike.

Formerly a director and campaign manager at Greenpeace, and a founding member of non-profit Équiterre, Guilbeault went to extreme lengths to plead that governments and the public take the climate crisis seriously.

He’s now leveraging his credibility inside the political arena, co-chairing the most highly anticipated section of the projected biodiversity agreement, the buzz-worthy “30 by 30” commitment to protect 30 per cent of land and ocean by 2030, something that will be critical to limiting warming to no more than 1.5 degrees.

If he’s worried about emerging with a multilateral deal as negotiations enter crunch time, he has yet to show it.

“This is the United Nations, people sometimes vent,” he said of walkouts by negotiators earlier in the week. “It won’t just land on our lap, but we’re making it happen,” he told CBC News international climate correspondent Susan Ormiston on a walk through COP15’s Montreal venue, the Palais des congrès.

It’s not all street cred and smiles as Guilbeault navigates this role. Sitting with him at COP15, Ormiston challenged Minister Guilbeault on Canada’s record, and asks how he can be an activist for his staunch beliefs, from inside the House of Commons.

He’s had to think differently since stepping into the Government of Canada, and he said it’s meant difficult choices. Choices he may have protested himself, in his past life.

“I knew when I decided to go into politics that I wouldn’t win all my battles,” he said.

Just this spring, Guilbeault approved the controversial Bay du Nord offshore oil development in Newfoundland, and at COP27 found himself defending why Canada came 58th out of 63 countries ranked in the Climate Change Performance Index.

“People have to understand that we’re transforming the society and the economy of 38 million people we have to solve,” said Guilbeault, arguing his government’s policies will lead to results in time.

“Many of the things we’re doing are transformative. The sale of electric vehicles on Canadian roads have doubled in the last two years. Coal is on the way out in our electricity production in Canada.”

LISTEN | A conversation with the climate ministers of Canada, Chile and the U.K.:

The Current19:18A conversation with the climate ministers of Canada, Chile and the U.K.