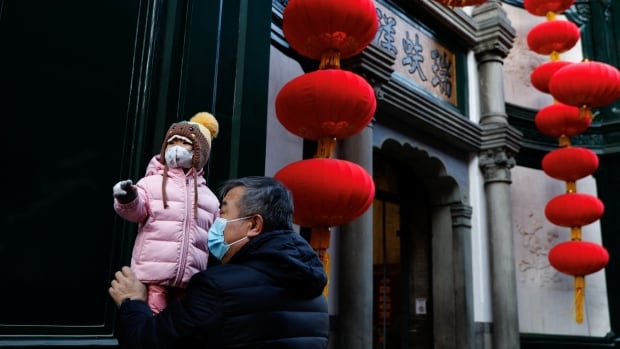 The populations of Japan, South Korea and now China are shrinking which, demographers say, is a threat to both the economy and social stability of those countries.

All three are trying to reverse course. South Korea is expected to loosen labour laws in a bid to spur family growth, while Japan’s prime minister says he wants to double spending on child-related programs, among other efforts. The situation is urgent, Fumio Kishida told lawmakers on Monday, after Japan’s birthrate slipped below what’s needed to fuel the economy. He warned it was critical to fix the problem “now or never.”

In a stark reversal of its former one-child policy, Beijing is now touting a three-child policy in hope of preventing a demographic crisis.

But demographers say encouraging people to have more children, given intense economic and social pressures parents face, is a hard sell. Many women are reluctant to have multiple children, especially given education costs and the prospect of adding offspring to their list of responsibilities while also caring for aging relatives and tending their own careers.

“Nowadays many people do not want to have children if they can’t provide a good education for them,” said Wei Chao, a 31-year-old mother of twin girls living in Shanghai, last week.

To try to encourage parents, some villages in China have offered cash bonuses for couples who have babies, according to the New York Times.

An agricultural tech company in northern China is reportedly offering the equivalent of $14,124 US and extra leave of up to 12 months for female staff — and an extra nine days for males — for families expecting a baby.

All on women’s shoulders

But this pressure to procreate pushes against a generation of more educated women who are wary of the personal costs of being a parent, says Dong, noting that, in China, chores and family care-giving are often left to women.

“Women are now more aware of the opportunity cost of entering a marriage and having kids, which means you’ll get a lot of penalty from work,” she said.

Demographers say the one-child policy — which from 1980 to 2015 tried to curb overpopulation — created a gender imbalance, with 722 million males compared to 690 million females, which resulted in fewer families forming in recent years.

It also inadvertently ended up leaving single children responsible for aging parents and in-laws; a “sandwich generation” caring for up to two sets of aging relatives.

“All these expectations and responsibilities are placed on women’s shoulders,” said Yue Qian, associate professor of sociology at the University of British Columbia.

Grandmothers have often been the main caregivers in Chinese society, but even this has changed says Diana Lary, an expert in China’s history, retired from the University of British Columbia.

As couples have also had children later, some grandmothers have opted not to take that on that traditional role, she says.

“Parents would rather have one treasured child, rather than risk having two or three.”

Japan has one of the lowest birth rates in the world relative to is population, recording fewer than 800,000 births among its roughly 125 million people in 2022. At the same time, more than 90,000 of its citizens are 100 or older.

Kishida says the country is on the “on the brink of not being able to maintain social functions” due to its shrivelling tax base and labour force.

South Korea recently broke its own record for the world’s lowest fertility rate. Women there will, according to November 2022 data, have an average of 0.79 children — far below the 2.1 demographers say ensures a country’s stable population, if mortality rates remain stable.

Lary predicts China will rally economically, but says its society will be “very disturbed” as its number of families falls.

Demographers say shifting the baby-making trajectory will take more than extending maternity leaves and employing pot-bangers to yell slogans like “The three-child policy is good!” as was done in Hebei province, according to The Economist.

This will take societal shifts, and a stab at stubborn gender inequalities, they say.

“We need to change that, but not just ask women to change. We need to think about ways to encourage men to change,” Qian said, adding it’s time to question how Chinese fathers can become more involved and share housework.

Efforts must also extend to the workplace, so that women who get pregnant and men who take parental leave do not lose opportunities, she says.

China’s national family planning policy doesn’t explicitly state that an unmarried woman can’t have children, but it defines mothers — for the purpose of supports, benefits or even the right to freeze eggs for fertility procedures — as being married, she said.

“There is a very, very narrow image of what an ideal family looks like.”

Dong says, to her, it’s no shock China’s population growth is stagnant, given the stresses on people.

“It’s kind of like — you deserve it, right? [First] with the stringent one-child policy and now living costs are just skyrocketing. If you don’t take care of people’s needs, then people just would just stop wanting a family or raising kids.“