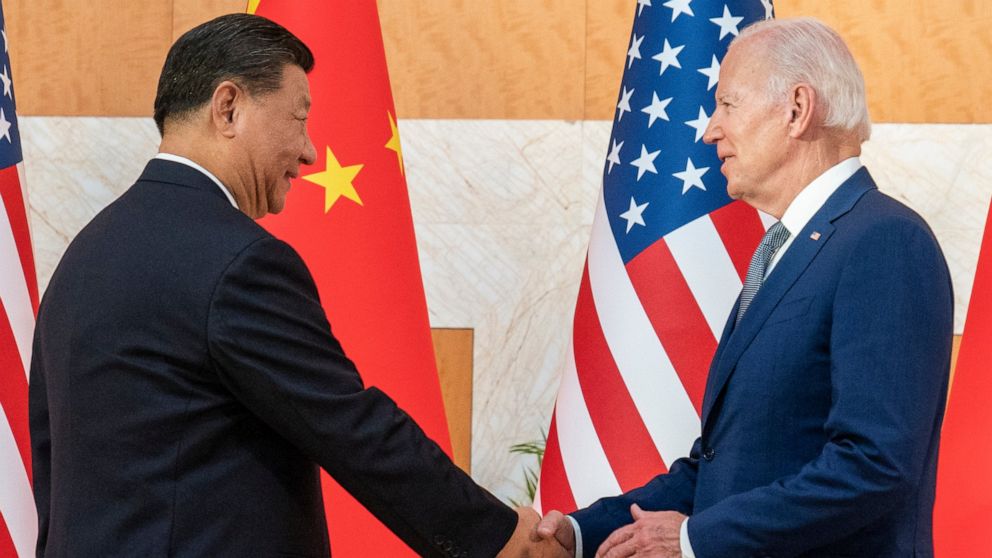 BEIJING — China has sanctioned two U.S. individuals in retaliation for action taken by Washington over human rights abuses in Tibet, the government said Friday, amid a continuing standoff between the sides over Beijing’s treatment of religious and ethnic minorities.

The Foreign Ministry said in a statement that Todd Stein and Miles Yu Maochun, along with their close family members, would be banned from entering China.

Any assets they had in China would be frozen and they would be barred from contact with people or organizations within China.

The notice said the measures were in response to the U.S. sanctioning two Chinese individuals “under the excuse of the ‘Tibet human rights’ issue.” Neither could immediately be reached for comment.

“Our actions further aim to disrupt and deter the People’s Republic of China’s (PRC) arbitrary detention and physical abuse of members of religious minority groups in the Tibetan Autonomous Region,” Secretary of State Antony Blinken said in announcing the sanctions.

It said that during Zhang’s tenure, police have been engaged in serious human rights abuses, including “torture, physical abuse, and killings of prisoners, which included those arrested on religious and political grounds.”

The Chinese announcement gave no specific accusations against Stein and Yu.

Stein has been deputy staff director at the Congressional-Executive Commission on China since 2021 and previously served as senior advisor to Under Secretary of State for Civilian Security, Democracy and Human Rights Sarah Sewall, including serving as her lead staffer on Tibetan issues. Previously, he was director of government relations at the monitoring group International Campaign for Tibet.

The Chinese-born Yu is a senior academic who taught at the U.S. Naval Academy and a noted critic of the regime of Chinese Communist Party leader Xi Jinping. He served as key China adviser under former Secretary of State Mike Pompeo.

China in recent years has passed legislation mandating tit-for-tat sanctions against foreign individuals from the U.S., the EU and other countries over perceived slights against its national interests. Washington and others have compiled a long list of Chinese officials barred from visiting or engaging in transactions with their financial institutions ranging from the leader of the semi-autonomous city of Hong Kong to local officials accused of human rights abuses.

China claims Tibet has been part of its territory for centuries, although backers of the exiled Buddhist leader the Dalai Lama say it was functionally independent for most of that time.

Communist forces invaded in 1950 and China has ruled the Himalayan region with an iron fist ever since, imposing ever stricter surveillance and travel restrictions since the last uprising against Beijing’s rule in 2008. Lengthy prison sentences in dire conditions are imposed for acts of defiance, including defending the region’s unique language and Buddhist culture from attempts at assimilation.

China has also been accused of detaining hundreds of thousands of Uyghurs and other Muslim minorities in reeducation camps as part of a campaign to wipe out their native language and culture, including through forced adoptions and sterilizations. China denies such charges, saying it has only been fighting terrorism, separatism and religious extremism.