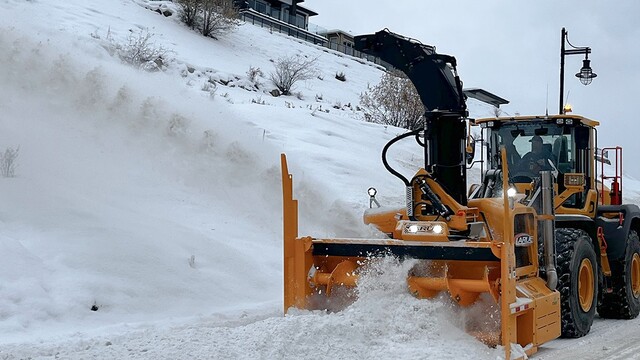 The City of Kelowna has released the final list of names for its newest snowblower and they want your help to pick the winner.

Help us name this lean, mean snow devouring machine! Visit https://t.co/YhmUNPjhBU for contest rules and to send in your submission. Any Kelowna resident can enter – we’re excited to hear from Kelowna’s youngest residents in particular! #kelowna #snow pic.twitter.com/hiHIBeR4rB

“Names for our new snow blower came in like a blizzard in December – with nearly 900 suggestions made by Kelowna residents of all ages. We’ve plowed those down to a top ten list and now we’re hurling them onto the internet, snow-blower style, for a public vote,” said the City of Kelowna in a news release.

These are the candidates:

“Don’t let this chance to shape our city’s future slide past you on the icy, uncleared road of time. Have your say,” said Andrew Schwerdtfeger roadways operations manager with the City of Kelowna.

The person who submitted the winning suggestion will also win get a “deluxe snow blower experience,” including a photo shoot and demonstration with the snow blower along with a Snow Angels prize pack. According to Schwerdtfeger, some of the snowblower names were suggested more than once and, in those instances, the first person who suggested the name will be selected as the winner.