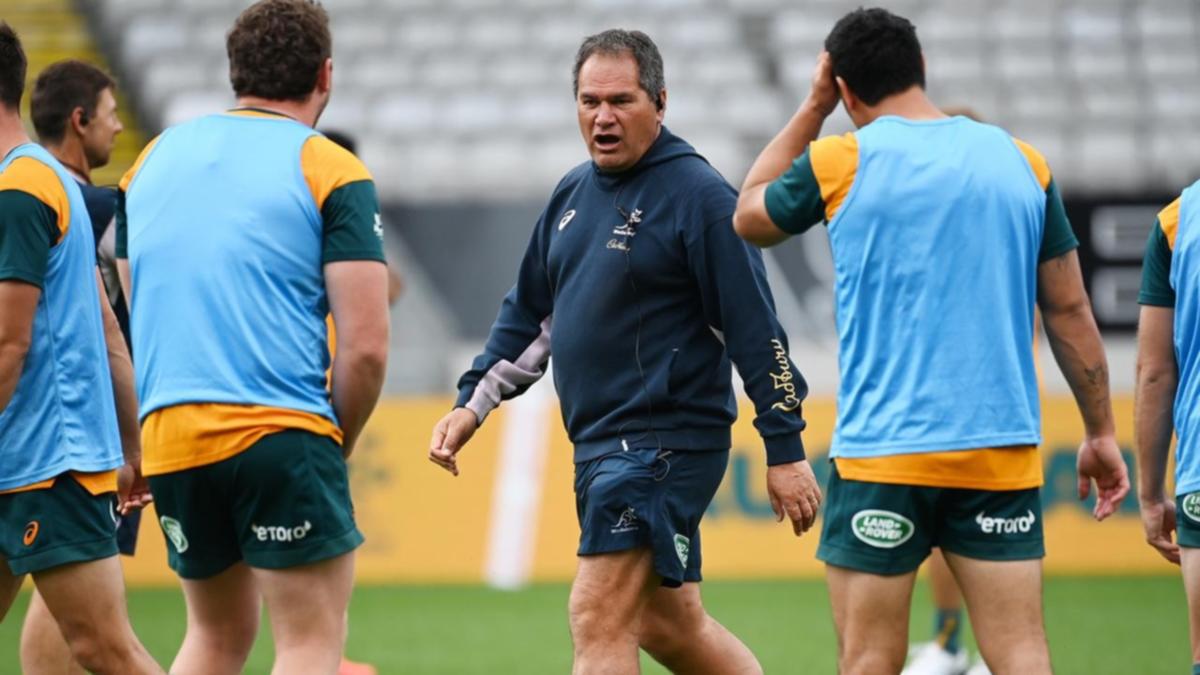 Dan Carter is backing ousted Wallabies mentor Dave Rennie to land on his feet and coach again at international level after being abruptly sacked by Rugby Australia.

With the World Cup looming, the All Blacks great expects Rennie’s successor Eddie Jones will harness the emotions of Test rugby to revitalise the faltering Wallabies.

A spring tour that yielded one win from five games proved the last straw for Rennie, who was axed last week with the worst win percentage of the professional era and just under a year to run on his contract.

Carter played against the Chiefs during Rennie’s time coaching the Super League side and despite the poor recent results said the dismissal had surprised him.

“I just felt like there was no communication or anything and then all of a sudden it kind of just came out of the blue,” he told AAP.

“He had a lot of respect from the players.

“You know that he’s a good coach, whether the record has shown that or not.”

Prior to his Wallabies appointment, Rennie led the Chiefs to the Super Rugby title twice in two years, beating Carter and the Crusaders in the semi-finals on both occasions.

It was this Super League rivalry that first introduced Rennie to Carter, and that has left him without doubt Rennie will coach at the top level again.

“They were tough,” Carter said of Rennie’s Chiefs.

“They were really physical, really passionate. They really did challenge and test us a lot.

“In terms of culture you can often see when teams are playing for their coach, there’s so much respect in it. The Chiefs were definitely doing that when he was coaching there.

“I’m sure further down the track he’ll be coaching international rugby again.”

One of Carter’s earliest memories with the All Blacks was sitting on the bench as Jones’ Wallabies pulled off a stunning semi-final upset at the 2003 Rugby World Cup.

When he was coaching England, Jones upset the All Blacks in the corresponding fixture at the 2019 World Cup.

“Sometimes you felt like they knew what you were going to do before you even did it,” Carter said of playing against teams coached by Jones.

“He just brings out the emotion of the players as well. He’ll draw inspiration from the rivalry that New Zealand and Australia has.

“That’ll start with the Bledisloe Cup games in the middle of the year. That’ll be a really exciting time to see exactly where the two teams are placed.”