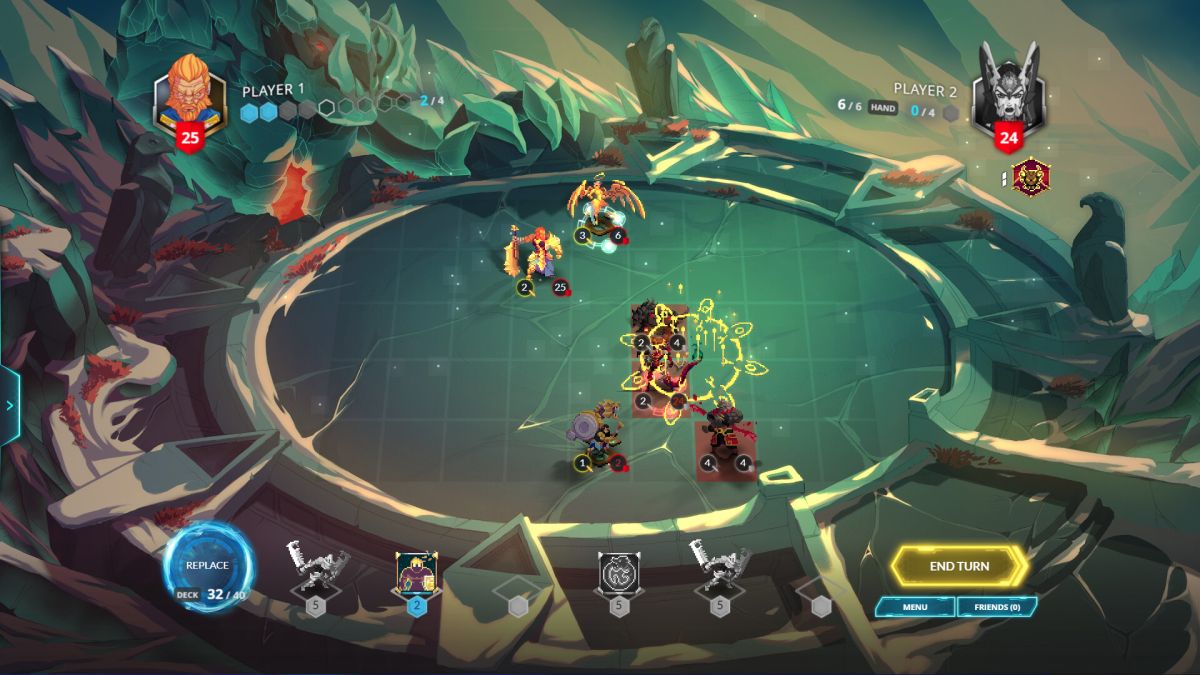 Following a successful development period by Dream Sloth Games, free-to-play combination of tactics and card game Duelyst (opens in new tab) is back in the form of Duelyst 2. In Duelyst players create a deck of creatures and spells led by a general, and the creatures played go onto a tactical grid for positioning-based combat. Duelyst 2 is out now, on Steam, in public beta form.

Known also for its gorgeous pixel art, Duelyst’s appeal is in the combination of pre-planned deck and random draws alongside on-field tactics. Positioning matters a lot, and what positions you can take up depend highly on the combination of minions, spells, and artifacts in your deck. Those cards come from one of six different factions with their own themes.

The revamped Duelyst 2 retains much of the gameplay, but rebalances the core card set from the original. It adopts one major mechanics change—players draw two cards at the end of each round, rather than one. Otherwise Duelyst 2’s design tones down the amount of variable, discovery, and random effects on high-power cards.

Duelyst was first kickstarted by Counterplay Games in 2014 and was out pretty fast after that, but it didn’t quite catch on despite praise from critics, with a Bandai Namco publishing deal failing to save it before it was shuttered in 2017.

This Duelyst 2 incarnation comes via indie developer Dream Sloth Games, a team of fans (opens in new tab) who are making use of Counterplay Games’ original source code, released this year under creative commons license. You might know Counterplay as the creators of 2020 loot-and-slash RPG Godfall.

The core gameplay in Duelyst was designed by Eric M. Lang (opens in new tab), a well-known creator in the board game space whose credits include successes like Chaos in the Old World, Rising Sun, Cthulhu: Death May Die, and Blood Rage.

You can find the free beta of Duelyst 2 on Steam. (opens in new tab) See you on the battlefield.