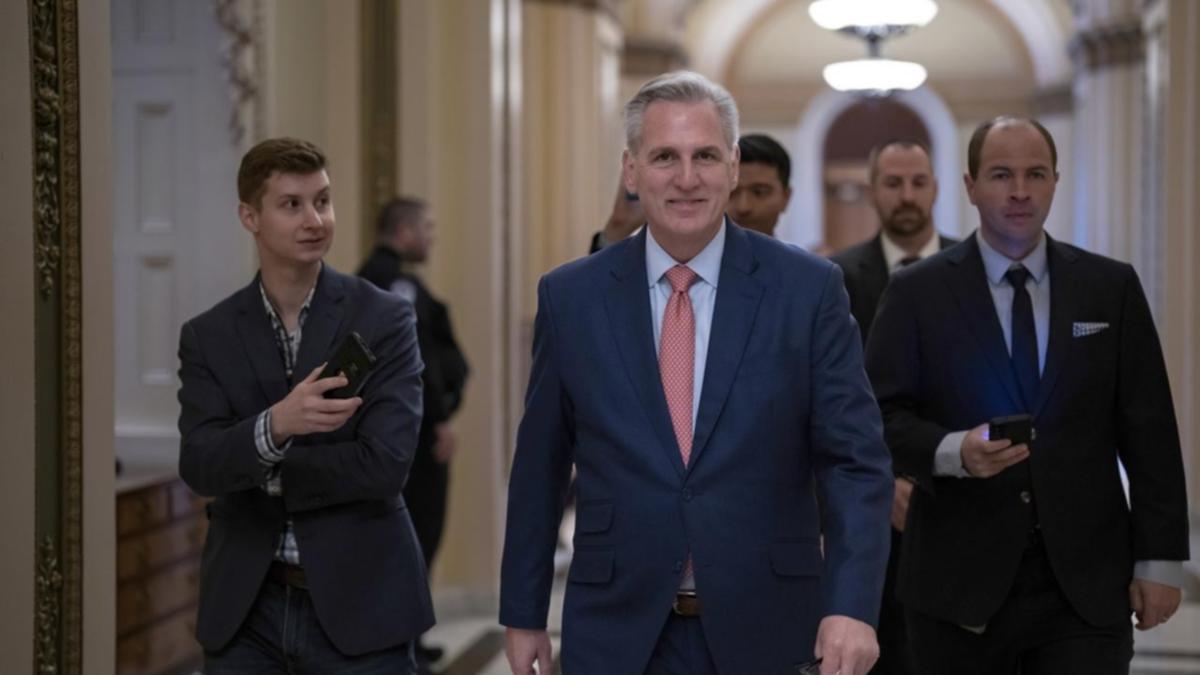 The Democratic-controlled United States House of Representatives has passed a $US1.66 ($A2.48) trillion government funding bill that provides record military funding and sends emergency aid to Ukraine – hours before a midnight deadline.

The spending bill for the fiscal year ending September 30 was approved on a largely party-line vote of 225-201 following Senate passage the previous day.

President Joe Biden said he would sign the hard-fought legislation, which also includes more aid for students with disabilities, additional funding to protect workers’ rights and more job-training resources, as well as more affordable housing for families, veterans and those fleeing domestic violence.

“The bipartisan funding bill advances key priorities for our country and caps off a year of historic bipartisan progress for the American people,” Biden said.

The vote marked the close, for all practical purposes, of the 117th Congress, which delivered major victories to Biden during the past two years.

While some of the work was done in a bipartisan manner, that was not the case with Friday’s $US1.66 ($A2.48) trillion funding bill, opposed by House Republican conservatives and some Senate conservatives.

Gridlock in Congress is likely to deepen next year when Republicans take a narrow majority of the House.

The 4000-plus page bill passed the Senate on a bipartisan vote of 68-29, with the support of 18 of the 50 Senate Republicans including Senate Minority Leader Mitch McConnell.

Nine of the 213 House Republicans backed it.

Their leader, Kevin McCarthy vehemently opposed the bill, calling it “one of the most shameful acts” he has seen in Congress.

McCarthy was present when a mob of Donald Trump supporters stormed the Capitol on January 6, 2021, seeking to hang Trump’s vice president.

McCarthy, who is seeking to become the next speaker of the House, has been struggling to shore up support from his most conservative Republican members.

They have threatened to oppose any legislation introduced by any of the Senate Republicans who supported the bill.

Many House Republicans had wanted to delay the negotiations on the bill until they have the majority early next year.

But its passage will take a heavy load off of Republican leaders who will take control of the chamber on January 3 and allow McCarthy to focus on his run for the powerful position of House speaker.

Emotions were raw on Friday.

“You all are railroading this $US1.7 ($A2.5) trillion bill full of garbage without any regard for what it’s costing Americans,” Republican Representative Tim Burchett said in a speech.

“Over $US45 billion ($A67 billion) for Ukraine when Europe should be carrying the burden of these costs,” he said.

The legislation would provide the Defense Department with a record $US858 billion ($A1.3 trillion), up from $US740 billion ($A1.1 trillion) last year.

National security concerns prompted legislators to include a provision to ban the use of Chinese-owned social media app TikTok on federal government devices.