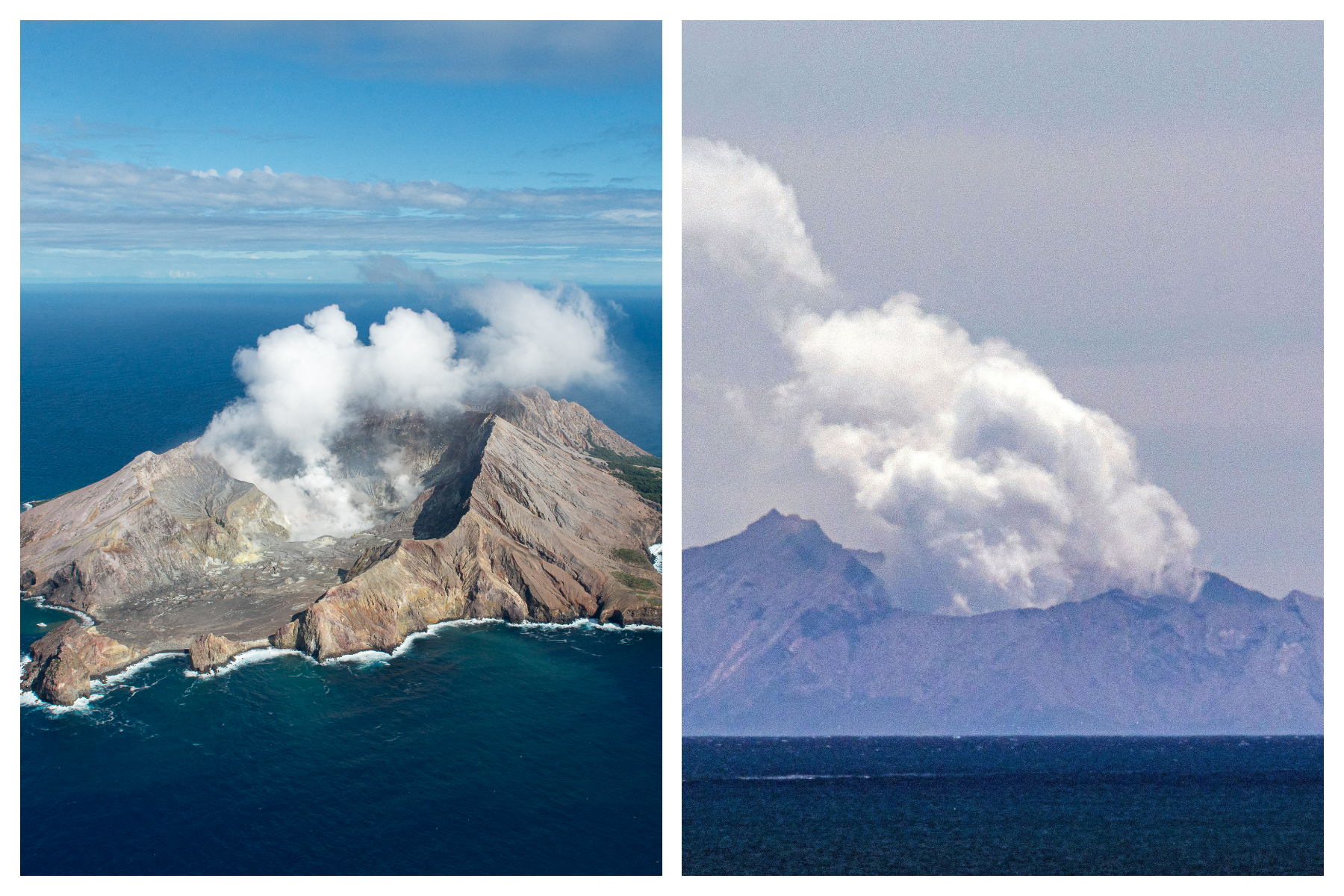 Three years ago, a volcano off the coast of New Zealand erupted, killing 22 of the 47 tourists on the island at the time.

In the years since, the volcano has not erupted but has shown constant low-level activity.

But Whakaari—also known as White Island—is an active volcano that could erupt again at any moment. And at the moment, no one really knows what is going on inside.

“The monitoring of Whakaari has remained steady or slightly declined since 2019 because no one has been able to visit to service the seismic stations,” Shane Cronin, a volcanologist and Whakaari expert at the University of Auckland in New Zealand, told Newsweek. “These are running on minimal maintenance at present.

“The next eruption could happen at any time, given that the volcano can be triggered by several different mechanisms, both internal [new magma] or external [sealing of the top], both of which are highly unpredictable.”

The 2019 eruption began on December 8 at 2:11 p.m. local time, spewing scalding-hot steam and flinging a plume of ash 12,000 feet into the air, coating those on the island with a wave of boiling hot gas and other volcanic materials.

The majority of the survivors needed intensive medical treatment for their burns, some of which covered up to 80 percent of their bodies. The 22 who were killed died from severe burns. From the point of the eruption, it took the majority of victims at least the 90-minute boat journey from the island to the mainland to reach the hospital. Others were rescued by helicopters, operated by local commercial pilots.

Whakaari sits about 30 miles off the east coast of New Zealand. The island is merely the peak of an enormous underwater volcano, which measures 5,249 feet from the seafloor. Whakaari is a stratovolcano, meaning that it has a distinctive conical shape made up of several layers built up over millennia of volcanic activity. Other famous stratovolcanoes include Mount Vesuvius in Italy, Mount St. Helens in Washington state, and Krakatoa in Indonesia.

While we can’t predict exactly when volcanoes will erupt, changes in seismic activity often precede an eruption. So scientists monitor volcanic seismic activity and track the changes, giving clues as to when an eruption might be about to take place.

Whakaari is a particularly unpredictable volcano, as magma is often present and rests only a few miles below the crater lake area.

“This magma is stiff and viscous, not like the runny lava of Kilauea,” Cronin said. “It squeezes up slowly and mainly it is cooled and hardened as gas escapes from it. The heat and gas from the magma is constantly changing the rock above and around it, especially when rainwater percolates down and is heated and chemically modified by the magma gasses.

“The water becomes acid [mainly sulfuric acid, which is in the old-style car batteries]. The acid water and gasses eat away at the rocks until they become soft clays. This means that the top of the volcano has hot gas seeps, hot water pools and lots and lots of acid steam, with very colorful hydrothermal minerals. This can be quite pretty—think of Yellowstone on a small scale. But the temperature of these gas vents can be very hot [around 400 degrees Celsius], which shows how close the magma is to the surface at Whakaari.”

Whakaari’s make-up means that any small changes in pressure in the magma chamber can lead to eruptions, many of which are hard to detect because they don’t create much seismic activity.

How do we detect volcanic activity?

“In the case of Whakaari, heightened activity is often associated with geysering and stronger steam venting, sometimes changes in crater lake levels or even drying out of crater lakes,” Cronin said.

“For rapid onset eruptions, this method can be slow to update,” Alberto Ardid, a volcanologist and geophysicist at the University of Canterbury in New Zealand, told Newsweek. “This is because it relies on expert judgment and consensus seeking, so availability of those experts has to be considered. That being said, an expert elicitation one week before the 2019 eruption concluded that there was an increased likelihood of eruption.”

The alert level of the volcano was increased to Level 2 several weeks prior to the eruption, on November 15, which indicated increased volcanic unrest, with the potential for eruption.

In essence, the scientists use live data from the volcano to predict what it’s doing at that moment.

“We believe this approach tends to be more objective, replicable and speedy, which is quite important during volcanic crises. Ultimately, we hope both processes can work together in the future, with data-driven approaches helping to inform expert judgments.”

Looking back at the 2019 eruption, Ardid said that it is easy to assess where things could have been done differently in terms of monitoring the volcano.

“I think that the monitoring and forecasting tools that were available prior to the eruption were employed appropriately,” he said. “There were certain concerns on the volcano state, but certainly not enough information to estimate a high eruption likelihood.”

Can we predict when Whakaari will next erupt?

The monitoring equipment on Whakaari is not in good shape, Gill Jolly, the natural hazards and risks research lead at GNS Science, told Newsweek.

“[It] began deteriorating after the eruption and failed almost completely in August 2022 in the absence of required maintenance. As a result, the Volcano Alert Level was set at 2 in August to reflect the uncertainty that the lack of near real-time monitoring created,” Jolly said. “The scientists’ ability to assess near real-time activity, particularly at night, is now very limited.”

GNS Science has undertaken extensive planning to get a team safely to Whakaari to complete maintenance tasks, but no date has yet been set for their return.

In the meantime, the Whakatāne webcam provides some visibility of the volcano in near real-time, and GNS Science sends out observation and gas monitoring flights every two to three weeks. It also receives data from the German Space Agency that allows the team to periodically monitor changes in ground deformation, as well as satellite data from the European Space Agency that provides information on sulfur dioxide gas emissions.

Whakaari’s next could be much bigger

When Whakaari next erupts, it might be a lot bigger than the 2019 event.

“The scale of the 2019 eruption was very small. Whakaari can produce eruptions of this size or much larger,” Cronin said. “On the Volcanic Explosivity Index Scale—this eruption was a VEI 0 or possibly 1. Its deposits are so small that it is unlikely to be ever recorded in the geological record. This volcano could produce eruptions up to VEI 4-5—with the scale going up to [around] 8, a size that has never been witnessed in recent history.

“The factors determining eruption size include how much magma is present and how rapidly it erupts. In the Whakaari case, the eruption was very small because little or no magma directly erupted—although we don’t know that for sure yet because no one has been back to the island to examine the deposits.”

Do you have a tip on a science story that Newsweek should be covering? Do you have a question about Whakaari? Let us know via science@newsweek.com.