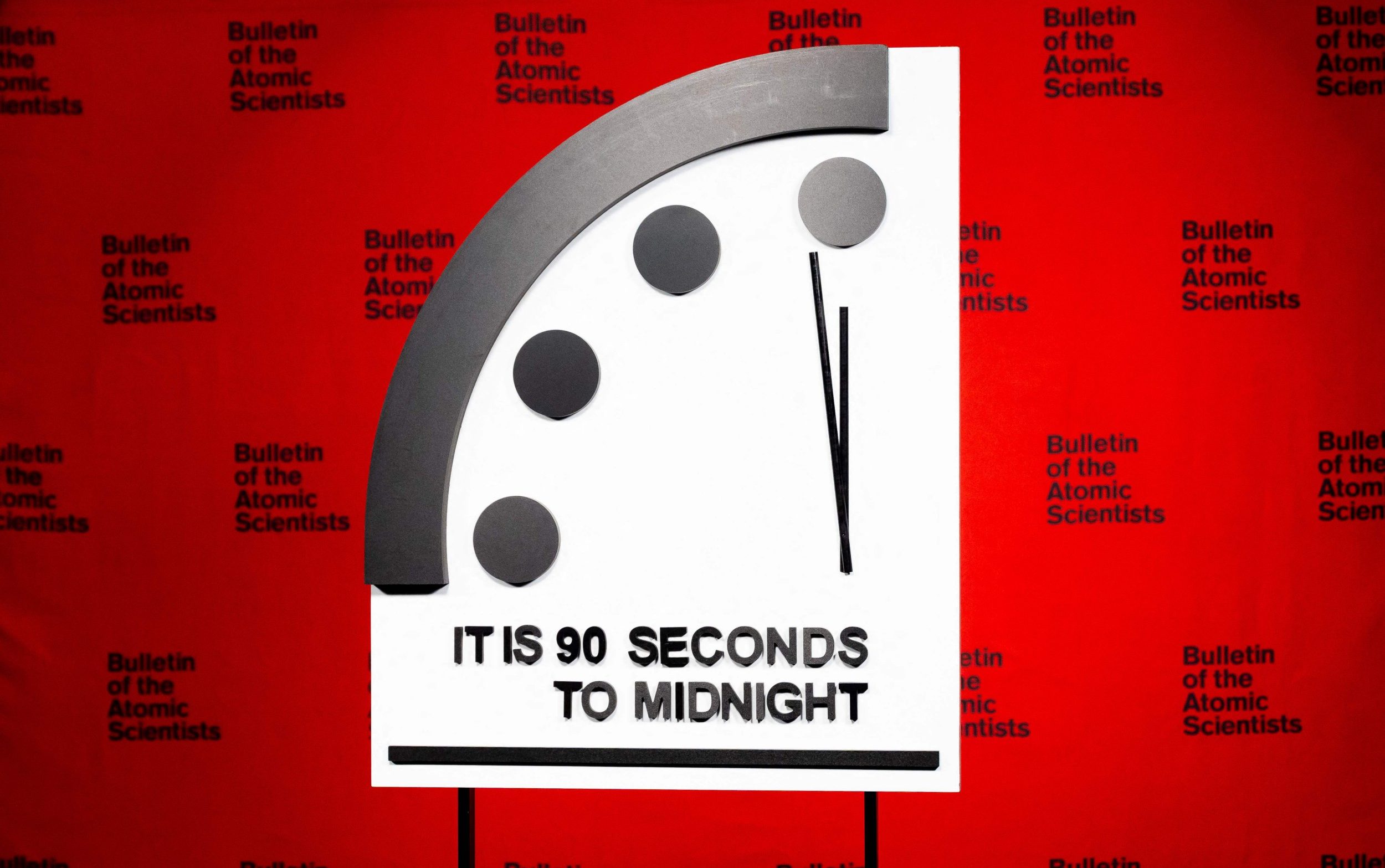 The “Doomsday Clock” symbolizing the perils to humanity moved its closest ever to midnight on Tuesday amid the Ukraine war, nuclear tensions and the climate crisis.

A decision to reset the hands of the symbolic clock is taken each year by the Bulletin’s science and security board and its board of sponsors, which includes 11 Nobel laureates.

The hands of the clock moved to 100 seconds to midnight in January 2020 – the closest to midnight it has been in its history – and remained there for the next two years.

Largely down to Russian invasion

In a statement, the Bulletin said it was advancing the hands of the clock this year “due largely but not exclusively to Russia’s invasion of Ukraine and the increased risk of nuclear escalation.”

“The new clock time was also influenced by continuing threats posed by the climate crisis and the breakdown of global norms and institutions needed to mitigate risks associated with advancing technologies and biological threats such as Covid-19,” it added.

The clock was originally set at seven minutes to midnight.

The furthest from midnight it has ever been is 17 minutes, following the end of the Cold War in 1991.

The Bulletin was founded in 1945 by Albert Einstein, J. Robert Oppenheimer and other scientists who worked on the Manhattan Project which produced the first nuclear weapons.

The idea of the clock symbolizing global vulnerability to catastrophe followed in 1947.