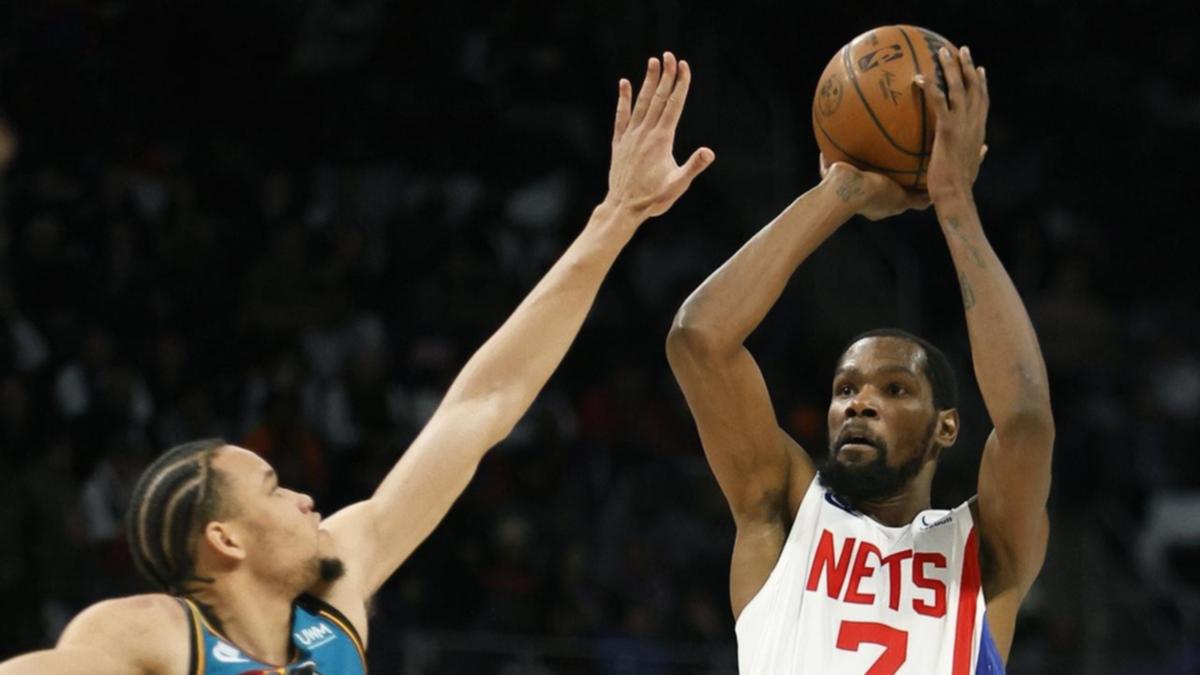 Kevin Durant has scored a career-high 26 of his 43 points in the third quarter, helping Ben Simmons’ Brooklyn Nets overcome a 17-point halftime deficit in a 124-121 victory over the Detroit Pistons.

Durant was eight of 10 from the floor, going three of three on three-pointers and seven of seven from the free-throw line as he outscored the Pistons 26-25 in the third.

He almost undid all his good work, though, when his turnover led to a Bogdanovic three-pointer that cut Brooklyn’s lead to 120-119 with 40 seconds left.

“We’ve been talking all day about the World Cup final – what a game that was,” Nets coach Jacque Vaughn said.

“Our mission tonight was to be even more exciting.”

Durant has scored at least 40 points in his last three games against Detroit, including an arena-record 51 in Brooklyn’s 116-104 win in Detroit in December last year.

Simmons scored four points, and clocked eight rebounds and eight assists in his 25 minutes on court.

In Indianapolis, Jalen Brunson scored 30 points and Julius Randle made six free throws in the final minute as the New York Knicks beat the Indiana Pacers 109-106 for their NBA-best seventh consecutive victory.

Orlando completed a sweep of consecutive games in Boston, with Paolo Banchero scoring 31 points in a 95-92 victory over the Celtics.

Jordan Poole scored a career-high 43 points for Golden State against Toronto as the Warriors won 126-110 – their first victory in five attempts this season without the injured Stephen Curry.

“Everybody needs to step up when one of our leaders goes down,” Poole said.

“We did that tonight from the top to the bottom of the roster.”

The Warriors snapped a three-game losing streak and improved to 3-14 on the road, while Toronto’s run of defeats hit a season-high five games.

The Minnesota Timberwolves made 23 three-pointers to rout the Chicago Bulls 150-126, setting season bests for threes and a franchise record for points, despite missing Rudy Gobert for a second straight game because of his sprained left ankle.