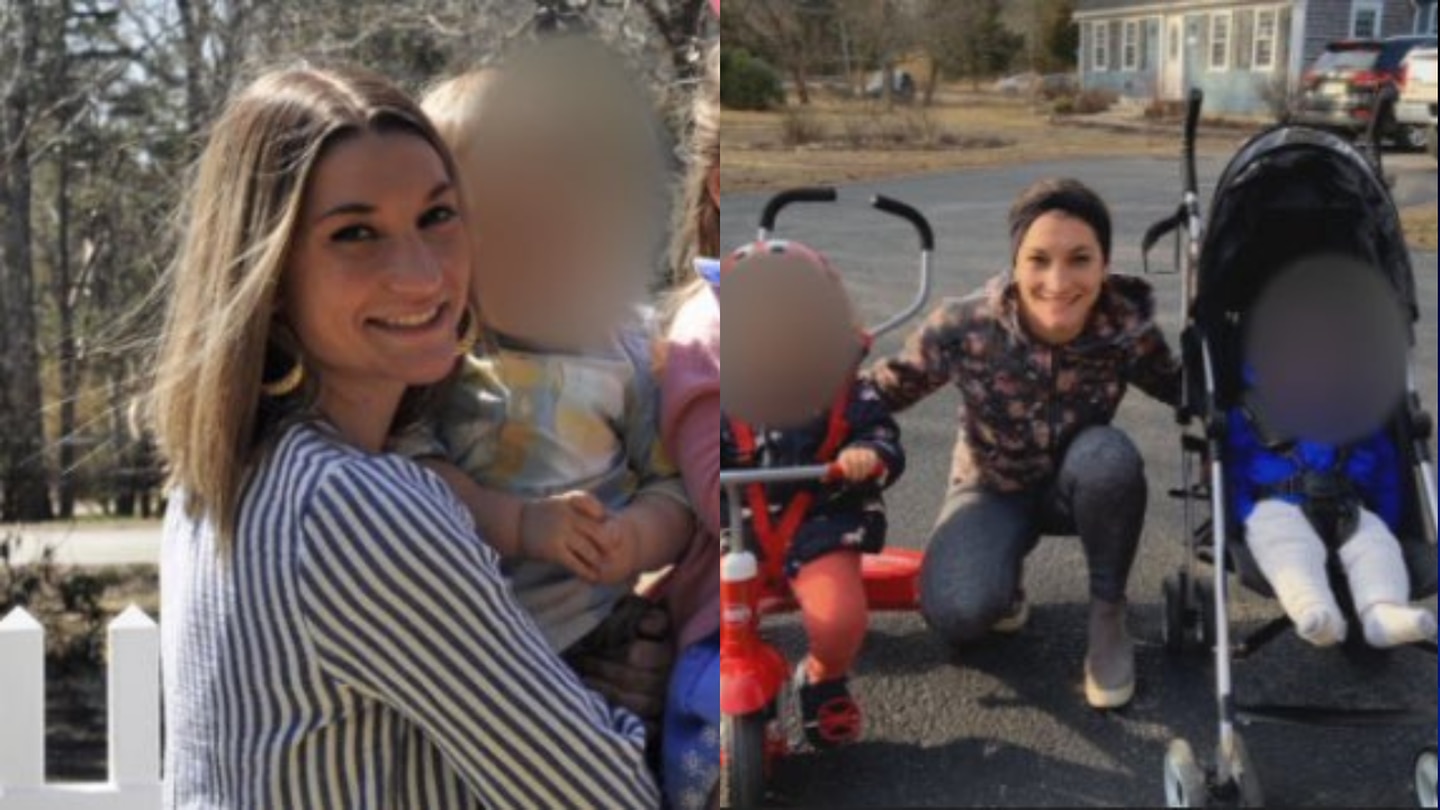 DUXBURY, Mass. — Authorities issued an arrest warrant for a Duxbury mother in connection with the deaths of her two young children who were found unconscious in their home on Tuesday night.

Lindsay Clancy, 32, will be charged with 2 counts of homicide, 3 counts each of strangulation, and assault and battery with a deadly weapon, in the deaths of 5-year-old Cora Clancy and 3-year-old Dawson Clancy, said Plymouth County District Attorney Timothy Cruz on Wednesday night.

Lindsay Clancy, the mother of these children is under police custody in a Boston hospital as of Wednesday night, Cruz said.

A 7-month-old infant boy survived and was flown to Boston Children’s Hospital. His condition was not known Wednesday night.

Lindsay Clancy was also taken to a Boston hospital. Her condition is unknown as well.

“As soon as able, we will be arraigning her on the two charges of murder in the deaths of her children,” Cruz said.

Police responded to 47 Summer St. around 6:15 p.m. after a man, later identified as Lindsay Clancy’s husband, who arrived at the home called 911 to report a woman’s attempted suicide. Cruz said Lindsay Clancy jumped out of a second-story window.

When first responders arrived, they “subsequently located three children in the home under the age of 5, unconscious with obvious signs of severe trauma,” Cruz said.

Cora, the 5-year-old girl, and Dawson, the 3-year-old boy, were taken to a local hospital, where they were pronounced dead.

While an autopsy will determine the exact cause and manner of their deaths, Cruz said that “Preliminarily, it appears the children were strangled.”

People left flowers at the end of the driveway of the Summer Street home all day.

Several local congregations have opened their doors to offer faith and support for those who need it in the wake of this South Shore tragedy.

“It’s almost something you can’t wrap your mind around. I have kids that are the same age. It hits home,” said Pastor Jeremy Stanford.

Massachusetts General Hospital confirmed that Lindsay Clancy is an employee there. The hospital released a statement on Wednesday that said: “We are shocked and saddened to learn of this unthinkable tragedy. We extend our deepest sympathies to all those affected by these devastating events.”

Cruz called the incident “an unimaginable senseless tragedy” and noted that it didn’t happen randomly.

He also acknowledged the emergency crews who first witnessed the tragic scene when they responded to the home.

“I’m sure many of them will not forget what they saw last evening,” Cruz said.

“Tragedies like these are always difficult to comprehend and process. We may be left struggling with many emotions. Please know that all public safety personnel have been offered, and will continue to be offered, needed support,” Reardon said.

“To all those who responded: We care about you. If you are a colleague in need of support, please reach out,” Reardon said.

“In these seemingly impossible moments, our support for them is absolutely critical, and we’re committed to ensuring their well being,” Read said, fighting back tears.

The outpouring of support from the Duxbury community “has been tremendous,” Read said.

“It’s been remarkable. The churches have all opened their doors. People just want to do something,” Read said. “It’s tough.”

The Rev. Bill Ferguson from the Pilgrim Church of Duxbury told Boston 25 that eight churches from their Interfaith Council opened their doors to make sure people had a place to go.

“It is hitting hard. If you are a parent of a young child, even if you are not, when children are involved especially — There is a special numbness that comes in with that,” Ferguson said.

Ferguson explained how some of his parishioners are first responders and there is a lot of concern for them – after what they saw in the Summer Street home.

“We overlook the first responders and the effects these tragedies have on them, when they first encounter them. I know the department has put them on leave for their own mental health to seek help,” Ferguson said.

State troopers assigned to Cruz’s office are assisting Duxbury police with the investigation.

This is a developing story. Check back for updates as more information becomes available.