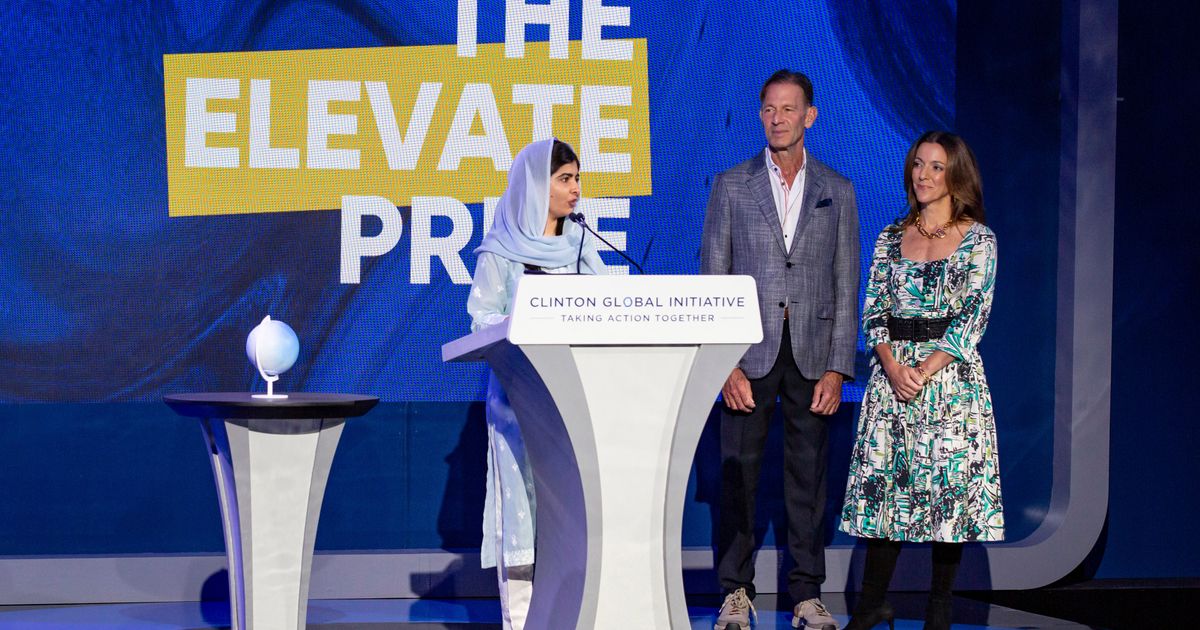 The Elevate Prize Foundation announced 12 winners Monday, instead of the usual 10, because there were so many strong candidates the selection committee couldn’t narrow the field further, foundation chairman and founder Joseph Deitch told The Associated Press. Each winner will receive a $300,000 unrestricted grant to continue their work and $200,000 in support services to help them reach a wider audience, as part of the foundation’s goal to “make good famous.”

Cindy Eggleton, co-founder and CEO of Brilliant Detroit — a nonprofit dedicated to providing early childhood development programs to kids in their own neighborhoods – said the Elevate Prize comes at a time when her organization is poised for a national expansion.

“We’re at such an inflection point and winning this, literally I was shocked and full of tears,” Eggleton said. “It’s such an honor.”

Brilliant Detroit, which started in 2015 with 50 children under 8 years old, now supports 16,000 people including children and their families in 14 neighborhoods, where they have seen significant improvements in students’ reading levels. The plan is to expand to 24 Detroit neighborhoods next year, while also helping programs start in other cities, including Philadelphia, Chicago, and Cleveland. Eggleton said there are currently 21 cities on the waiting list for her programs, which focus on a holistic approach to helping children by providing them and their families with health, education and other support services at a house in their neighborhood.

“We’re on to something because this is a different kind of model,” she said. “What we hope to do with the Elevate Prize Foundation is work on how we going to scale this.”

Initially, Deitch said he thought Brilliant Detroit was “too local” to be considered for the Elevate Prize, which seeks to attract attention for solutions to global problems.

Then, the more he looked at the nonprofit’s processes and their results, he said he thought, “Cindy for president!”

“This model that she’s created — which seems so oddly simple – is brilliant,” Deitch continued. “When people are so full of common sense and clarity, they make it look so easy, but she’s extraordinary.”

Eggleton, like the other 11 Elevate Prize winners, was chosen by a panel of leaders in academia, activism, business and the media, including Nobel Peace Prize winner Malala Yousafzai, who received the Elevate Prize Catalyst Award last year for her work inspiring social action.

Jayaram said one of the criteria for selecting the winners is whether they bring a unique point of view to the group. “It’s magical what happens when we bring them together,” she said, adding that several past winners are now collaborating. “The diversity yields many benefits to us and to the winners. In terms of the ‘make good famous’ piece, the story just gets richer and richer by virtue of the fact that they’re coming from such different places in the world.”

In addition to Eggleton, this year’s Elevate Prize winners are:

— Nelly Cheboi, of TechLit Africa, a nonprofit that uses recycled computers to create technology labs in schools. Cheboi was selected as part of The Elevate Prize Foundation’s partnership with CNN Heroes. (Kenya)

— Dr. Cynthia Fast, of APOPO, a research nonprofit that trains animals to root out landmines and work alongside medical professionals to detect disease in patients. (Belgium)

— Elijah McKinnon, of Open Television, a nonprofit platform for intersectional television that supports marginalized and underrepresented artists to help bring their stories to the public. (United States)

Associated Press coverage of philanthropy and nonprofits receives support through the AP’s collaboration with The Conversation US, with funding from Lilly Endowment Inc. The AP is solely responsible for this content. For all of AP’s philanthropy coverage, visit https://apnews.com/hub/philanthropy.