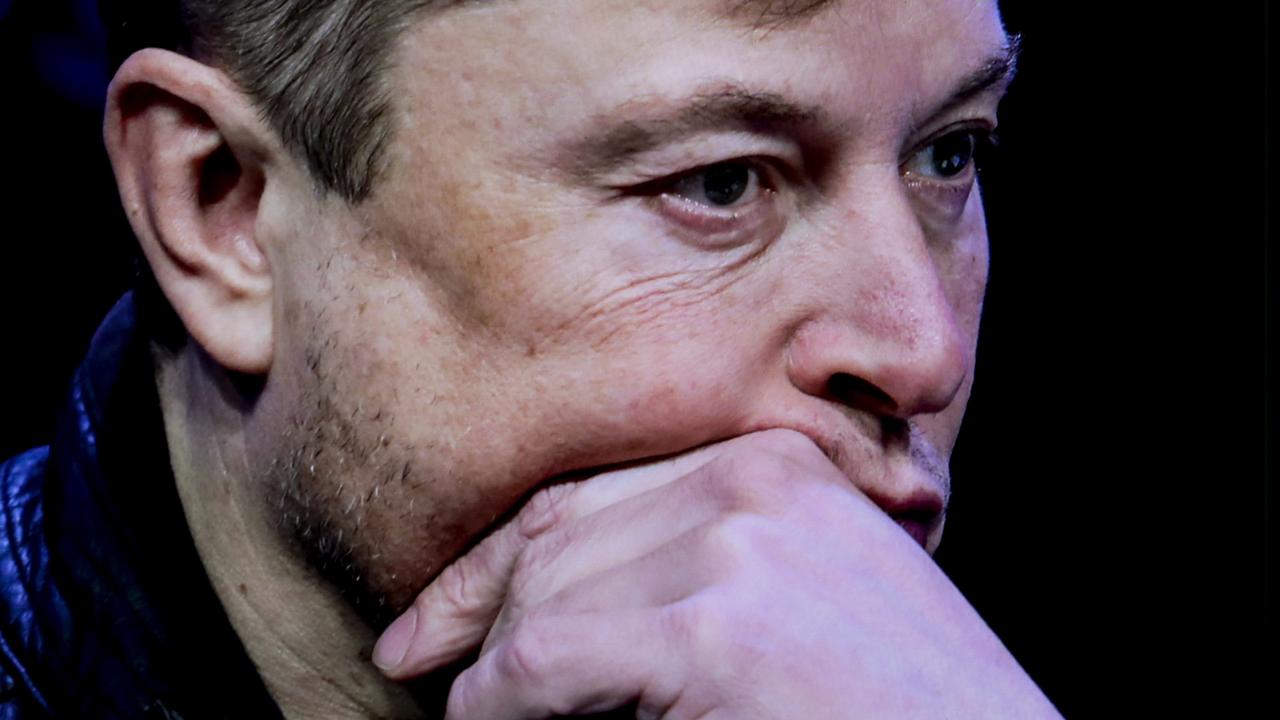 Elon Musk has started a poll on Twitter asking if he should “step down as head of Twitter” and going by early results, he’s set to quit as CEO.

He promised that he would “abide by the results of this poll”.

So far more than 3.8 million people have voted in the poll, with 58 per cent of people in favour of him resigning as the CEO of Twitter.

Mr Musk later wrote: “Going forward, there will be a vote for major policy changes. My apologies. Won’t happen again.”

He also followed up by writing: “As the saying goes, be careful what you wish, as you might get it.”

Mr Musk is currently the CEO of Tesla, SpaceX and Twitter. He is also president of the charitable Musk Foundation.

It comes as a number of Tesla shareholders lash out at Mr Musk after watching the company’s stock plunge 62.55 per cent over the past year. Tesla shares were selling for US$150.23 this morning.

Mr Musk has sold about $34 billion (US$23 billion) worth of Tesla stock this year — which has hurt the stock price — despite promising in April to stop selling shares.

He was given a US$56 billion pay package in 2018 to run Tesla, the largest in American corporate history.

A lawsuit by Tesla shareholders examining the compensation package wrapped up on November 18 this year.

Mr Musk moved quickly to make major changes when he acquired Twitter, firing key executives and sacking staff. Major advertisers melted away over fears he would relax moderation policies as he bolstered “free speech”. He introduced a blue checkmark subscription service in a bid to verify users and create income for the company. Internal documents from Twitter were also shared by Mr Musk with independent journalists — dubbed the Twitter Files.

Mr Musk was widely criticised after a number of prominent journalists, including from CNN, the New York Times, the Washington Post and other news outlets, were abruptly suspended over the weekend.

They were pinged for sharing links to an account that releases publicly available flight information about Mr Musk’s private jet. Mr Musk reinstated most of the accounts after running a separate poll on Twitter.

Mr Musk’s decision to start the poll astounded many on social media.

“The idea that someone makes decisions on a company he bought for $44b by running a Twitter poll is astonishing,” COTA director Lesley Podesta wrote.

“Seems like Tesla shareholders would really like it if you stopped spending all of your time alienating wealthy libs who love buying Teslas,” journalist Ben Greyfuss wrote.

Others alleged that Mr Musk had already planned to quit as CEO.

“I suspect Elon already has his replacement selected and this is just a poll to make it seem like we are deciding,” the Wall Street Silver account posted.

Elon Musk, the world’s second-richest richest man and CEO of Tesla and SpaceX, buys Twitter in late October for US$44 billion after months of on-off negotiations.

“Let the good times roll,” he tweets after the deal is sealed on October 28. He becomes the sole director of the company after dissolving its corporate board.

In one of his first moves, the self-declared free speech absolutist announces he will form a “content moderation council”, in a nod to concerns that Twitter could become a free-for-all platform for disinformation and hate speech.

On November 1, Elon Musk announces the site will charge $8 per month to verify the accounts of celebrities and companies — a service that used to be free. But the November 6 launch of the Twitter Blue subscription plan goes awry. Musk is forced to suspend the move after an embarrassing rash of fake accounts alarm advertisers.

Top global companies, including General Mills and Volkswagen, suspend their advertising on Twitter on November 3 as they monitor the new direction the company will take.

On November 4, half of Twitter’s 7500-strong staff are made redundant, sending shockwaves through Silicon Valley.

Musk tweets that “unfortunately there is no choice when the company is losing over $4M/day”.

The chaos draws a rare warning on November 10 from the Federal Trade Commission (FTC), the US authority that oversees consumer safety.

“We are tracking recent developments at Twitter with deep concern,” says an FTC spokesman.

Mr Musk delivers an ultimatum to Twitter staff on November 16, asking them to choose between being “extremely hardcore” and working long hours, or losing their jobs. He gives them a day to decide.

Mr Musk reinstates the account of banned former president Donald Trump after conducting a poll of users, a narrow majority of whom support the move.

A few days later he announces an “amnesty” for all banned Twitter accounts.

On November 29, Mr Musk tweets that he is going “to war’ with Apple, claiming it has threatened to oust Twitter from its App Store. After meeting with Apple boss Tim Cook he later says the clash was a misunderstanding.

In late November, Twitter says it is no longer enforcing a policy of combating Covid-19 disinformation. Mr Musk had fiercely opposed Covid restrictions. Days later he is rapped by the White House for calling for President Joe Biden’s chief Covid adviser Anthony Fauci to be prosecuted.

Mr Musk revises his promises of unfettered free speech after rapper Kanye West tweets a picture that appears to show a swastika interlaced with a Star of David. His account is suspended for “incitement to violence”.

On December 15, Twitter suspends the accounts of more than a half-dozen journalists, including reporters from CNN, the New York Times, and the Washington Post.

Musk accuses them of endangering his family through their reporting on Twitter’s shutdown of an account that tracked flights of his private jet.

Media outlets criticise the move and say they are re-evaluating their use of Twitter. The European Union threatens to sanction the company.

Twitter users in a poll conducted by Mr Musk back restoring the accounts. On December 17 some of the accounts are reactivated, but some remain suspended. A CNN reporter says Twitter conditioned the restoration of his ability to tweet on his removal of a post about tracking Musk’s location.

The UN’s human rights chief Volker Turk welcomes the reinstatement of the journalists but tweets that “serious concern” remains.