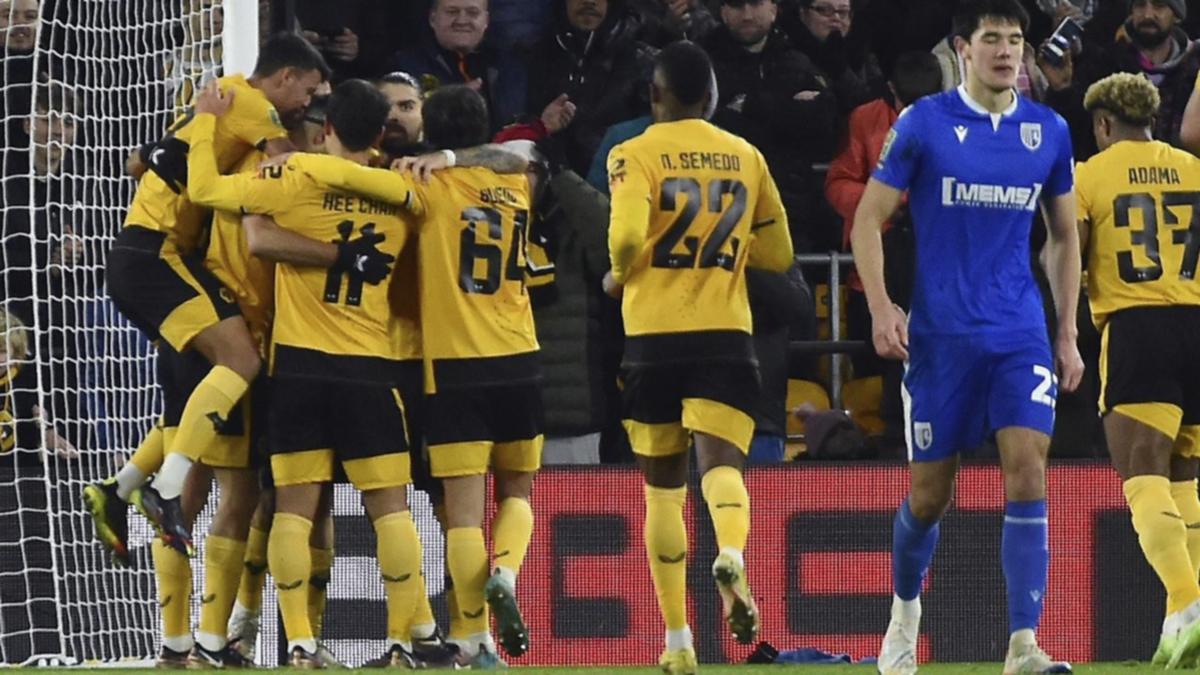 There was to be no giant-killing as England’s top-flight soccer sides returned to action following the World Cup break.

Wolves, Southampton and Leicester City all beat lower-league opposition to ease into the quarter-finals of the League Cup on Tuesday night.

Newcastle United squeezed past fellow Premier League side Bournemouth 1-0 to also book a place in the last eight.

The Magpies – managed by former long-time Bournemouth boss Eddie Howe – fielded three players who had been part of the England squad that reached the quarter-finals of the World Cup before being knocked out by France.

Kieran Tripper, lining up alongside fellow internationals Nick Pope and Callum Wilson, was instrumental in Newcastle’s victory, his whipped 67th-minute cross from the right headed into his own net by Bournemouth defender Adam Smith.

Former Real Madrid and Spain manager Julen Lopetegui had the satisfaction of a win in his first match in charge at Wolves, although his side left it late against lowly Gillingham.

The Gills, rock-bottom in 92nd place of the entire English Football League, should have been an easy start for Lopetegui but it took a 77th-minute penalty from Wolves sub Raul Jimenez to break the deadlock.

An added-time goal from Rayan Ait-Nouri gave the scoreline a more respectable look at 2-0.

“For me it is a very special day and, of course, I am very happy,” Lopetegui said.

“But above all it is for the team because we wanted to be in the next round.

“These kind of matches are difficult against teams that don’t have anything to lose.”

Jones lost his first game as Saints boss – 3-1 to Liverpool – and watched his side fall behind to a scrappy own goal from young keeper Gavin Bazunu after just two minutes.

But a strike in each half from Scotland international Che Adams settled the tie in Southampton’s favour.

Leicester City easily saw off MK Dons of League One, winning 3-0 thanks to goals from Youri Tielemans, Ayoze Perez and Jamie Vardy.

“We were hoping this could be a perfect game for us leading into the Premier League restarting and it turned out to be that,” Leicester’s assistant manager Chris Davies said.