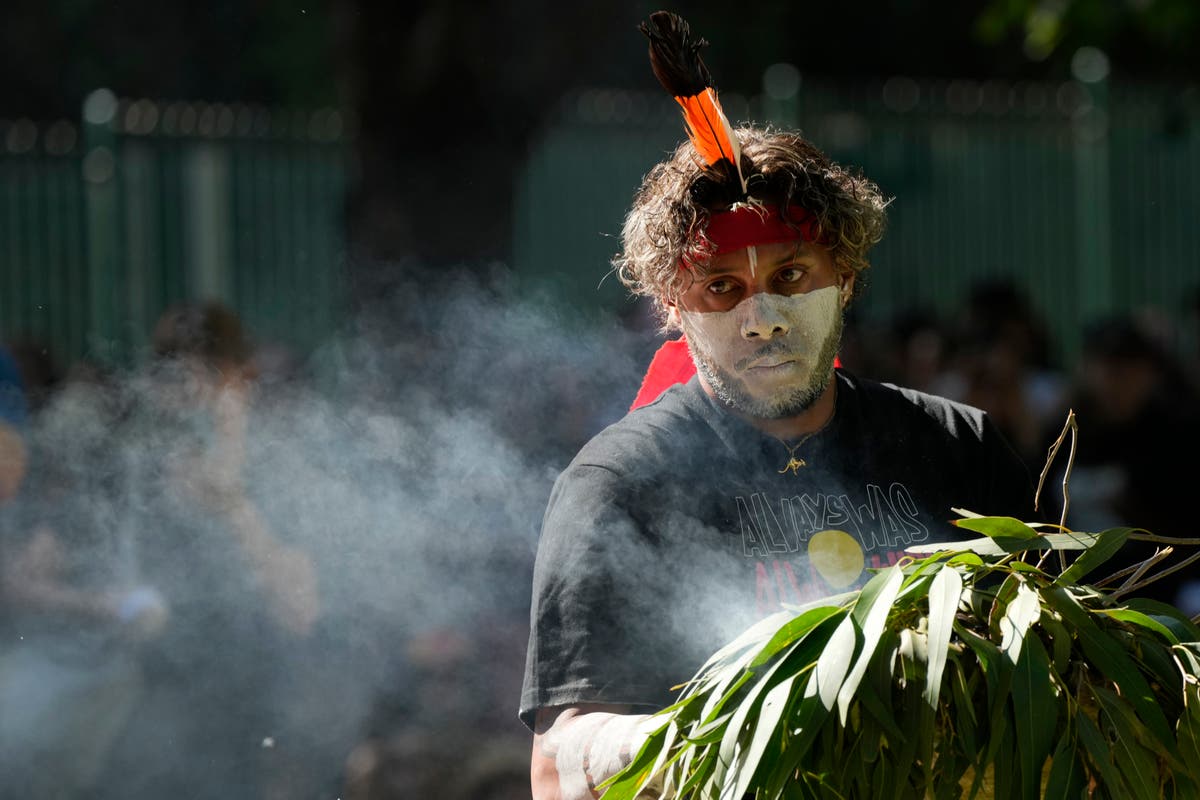 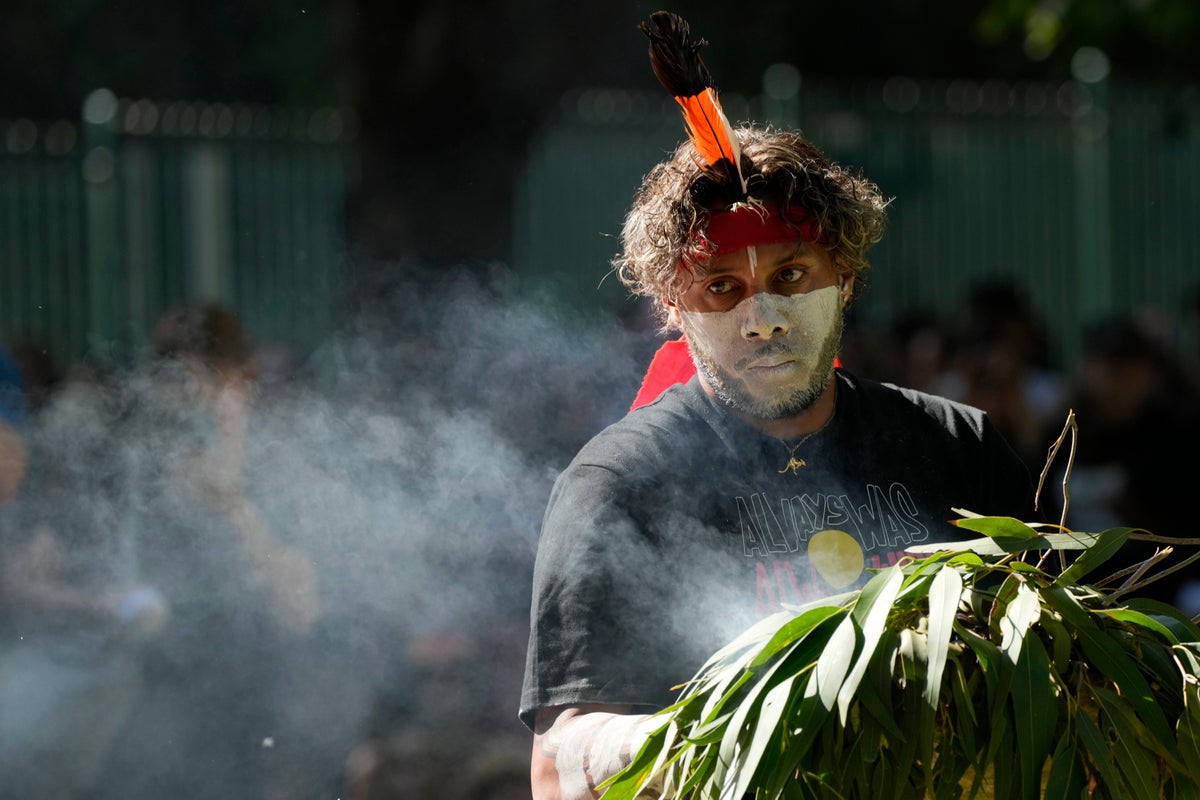 Australians expect to vote this year in a referendum that would enshrine in the nation’s constitution a mechanism for Indigenous people to advise Parliament on policies that effect their lives known as the Voice.

Proponents say embedding the Voice in the constitution would recognize the special place that Indigenous people have in Australian history while giving them input in government policies.

Skeptics and opponents say Australians need more details before they vote on a proposal that risks dividing the nation along racial lines without reducing Indigenous disadvantage.

As Australia’s first referendum in a generation approaches, the bipartisan support regarded as essential to successfully changing the constitution has yet to emerge and Indigenous leaders remain divided.

Here are some questions and answers about key issues behind the referendum:

WHO ARE INDIGENOUS AUSTRALIANS?

Australia is unusual among former British colonies in that no treaty was ever signed with the nation’s Indigenous inhabitants. The Aboriginal people of Australia’s mainland are culturally distinct from Torres Strait Islanders who come from an archipelago off the northeast coast. So Australia’s Indigenous population is known collectively as Aboriginal and Torres Strait Islander people.

They accounted for 3.2% of Australia’s population in the 2021 census. Indigenous numbers had soared 25% since the previous census in 2016. Some say declining stigma encouraged more Australians to acknowledge their Indigenous heritage. Others say Indigenous roots are being faked to claim government benefits aimed at overcoming Indigenous disadvantage.

Indigenous Australians are the most disadvantaged ethnic group in Australia. They die younger than other Australians, are less likely to be employed, achieve lower education levels and are overrepresented in prison populations.

WHAT IS THE VOICE?

The proposed referendum question only asks Australians if they agree with the Voice in principle.

“Do you support an alteration to the constitution that establishes an Aboriginal and Torres Strait Islander Voice?” the government proposal asks.

If the answer is “yes,” the constitution would be rewritten to state that the Voice “may make representations” to the Parliament and executive government “on matters relating to Aboriginal and Torres Strait Islander peoples.”

Proponents say there would be no Indigenous right of veto over government policy and lawmakers would be free to disregard the Voice’s representations.

It’s not clear who would be part of the Voice and how they would get there.

The Parliament would “have power to make laws with respect to the composition, functions, powers and procedures” of the Voice, the constitution would say.

WHERE DID THE IDEA OF A VOICE COME FROM?

The Voice was recommended in 2017 by a group of 250 Indigenous leaders who met at Uluru, a landmark sandstone rock in central Australia that is a scared site to traditional owners. They were delegates of the First Nations National Constitutional Convention that the then-government had asked for advice on how the Indigenous population could be acknowledged in the constitution.

The conservative government immediately rejected the proposal, arguing that a Voice would be seen as a “third chamber” of Parliament, an unwelcome addition to the House of Representatives and the Senate.

When the center-left Labor Party won elections in May last year, Prime Minister Anthony Albanese used his first speech to commit his government to creating the Voice.

The Nationals party, the junior coalition partner in the former government, announced in November they had decided to oppose the Voice, saying it would divide the nation along racial lines.

The Nationals also argue the Voice would undermine the work of 11 Indigenous legislators among the 227 federal lawmakers in Parliament.

The Liberal Party, the senior coalition partner, has yet to announce a position, but has demanded more details.

WHEN WILL THE REFERENDUM BE HELD?

The government plans to introduce legislation to Parliament in March that would set up the referendum.

The legislation would be scrutinized by a Parliamentary committee for six weeks, during which more details would emerge, before the government hopes it goes to a vote in May.

The government hopes the referendum will be held on a Saturday sometime between August and November.

HOW IS AUSTRALIA’S CONSTITUTION CHANGED?

Changing the constitution has never been easy and more than four in five referendums fail.

A referendum to change the constitution requires what is known as a double majority — the support of most Australian adults nationwide plus a majority of voters in a majority of states. Five referendums have failed because while they were supported by most Australians, they fell short of gaining majorities in at least four of the six states. Voter turnout is high because voting is compulsory.

Of the 44 referendums held since the constitution took effect in 1901, only eight have been carried and none since 1977.

When Australia last held a referendum in 1999, Indigenous recognition in the constitution was a key issue behind one of the questions. Australians were asked to approve adding a preamble to the constitution — an introduction that carried only symbolic and no legal significance.

The preamble was to have acknowledged that Indigenous Australians had inhabited the country “since time immemorial” and were “honored for their ancient and continuing cultures.”

Some observers argue that such an acknowledgment of Indigenous Australians’ place in the nation’s story would be an easier constitutional change to make today than the creation of the Voice.