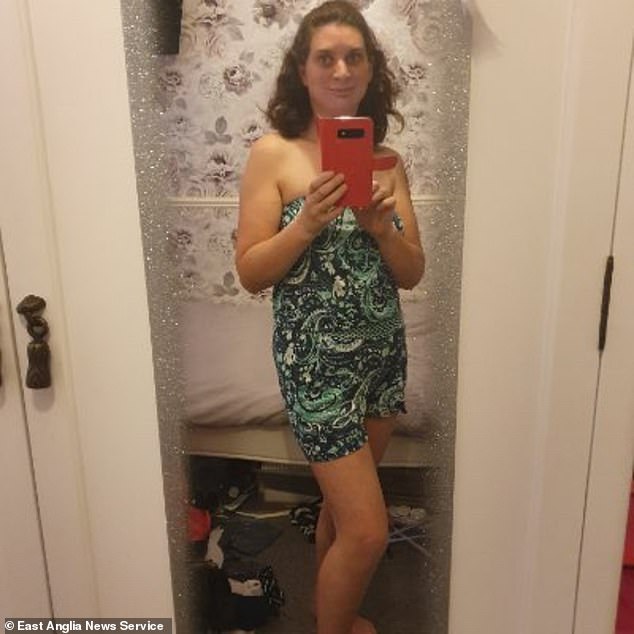 ‘Obsessed’ Linda McCartney factory worker, 43, ‘paid hitman £20,000 to murder her married lover when he dumped her after fling’

By Matthew Lodge For Mailonline

An ‘obsessed’ factory worker paid £20,000 to hire a hitman after she was spurned by a colleague she had a brief fling with, a court heard yesterday.

Helen Hewlett, 43, allegedly stalked Paul Belton, 50, for more than two years before making false claims of sexual harassment and eventually turning to the dark web to hire a killer.

Her instruction on a site called Online Killers Market said ‘It’s vital it looks like an accident’ – but a jury was told she was arrested following a tip-off to police.

Giving evidence behind a screen yesterday, Mr Belton said: ‘I just wanted to be left alone to get on with my life. I just wanted it to stop.’

Helen Hewlett, pictured, is accused of paying £20,000 for a hitman to kill a man who spurned her advances 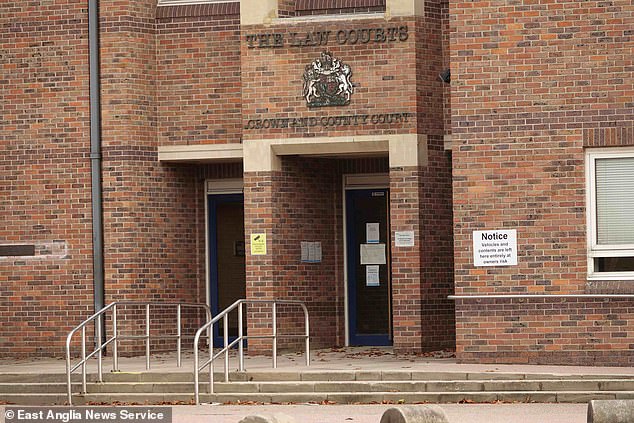 Her trial at Norwich Crown Court, pictured, heard that pair had met while working at a factory

Hewlett and Mr Belton, who are both married with children, met at the Linda McCartney vegetarian frozen food factory in Fakenham, Norfolk.

Mr Belton ‘immediately regretted’ what had happened and told Hewlett the relationship could not continue.

He claimed she became ‘obsessed’ with him and bombarded him with emails and texts, as well as sending nude photos of herself and a video of her performing a sex act on herself, which he deleted.

In desperation, he quit his job and moved to the Kinnerton Confectionary factory in the same town, which makes chocolate products for Tesco – but Hewlett allegedly followed him there.

The object of her affection changed shifts to avoid her and blocked her messages, the court heard, leading to her making formal complaints that he bullied and sexually harassed women and made homophobic comments.

‘She was determined to ruin his reputation at work,’ Ms Blair said.

Messages allegedly sent by Hewlett to Mr Belton at the time included one that said: ‘Hope it was worth it. You are nothing but a spiteful bully.’

Another accused him of being a ‘coward’, adding: ‘That is why you can’t face me, because you are in the wrong.’

The allegations were found to be malicious and Mr Belton was advised by human resources to speak to police, jurors were told.

However, his family found out what had happened after his daughter spotted he had visited a police station on a mobile phone tracking app.

Hewlett, of King’s Lynn, told police during an interview that she had ‘no intention of going through with the order’ to kill Mr Belton and that she could have withdrawn the funds from Online Killers Market at any time.