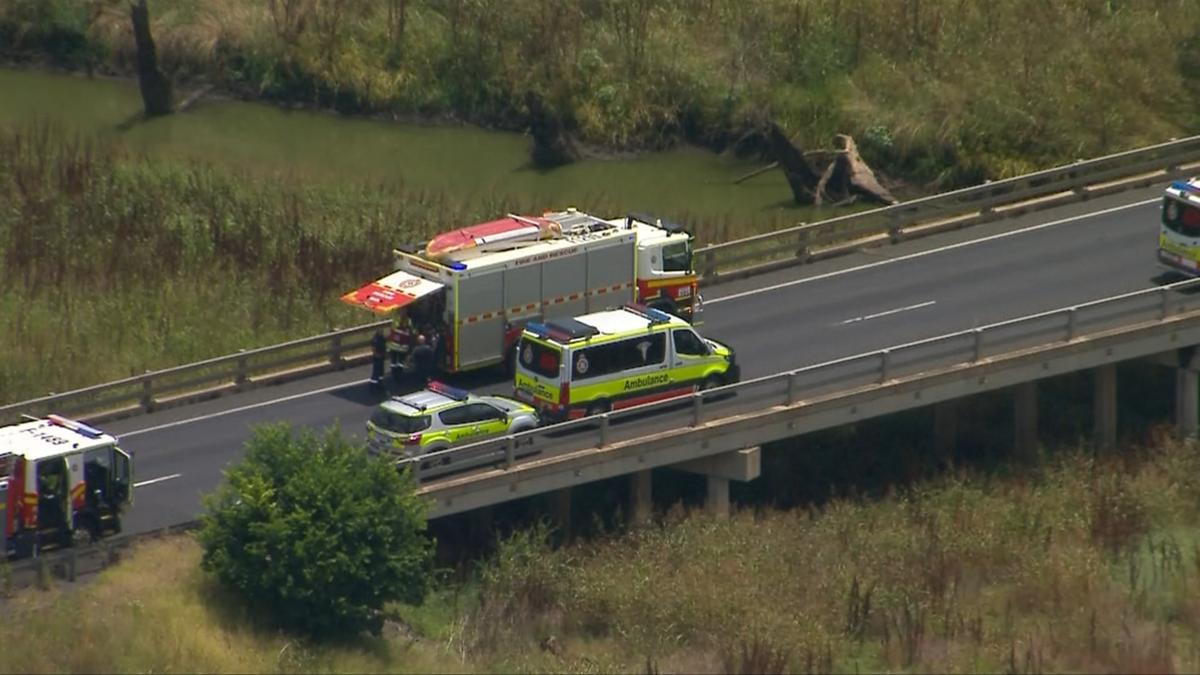 A fatal crash involving a car and two trucks on a Queensland highway has claimed the lives of a mother, father and their child.

It is understood the couple and their baby were inside the car when the crash occurred. The two drivers of the two separate trucks involved remain in a stable condition.

WATCH THE VIDEO ABOVE: Family killed in three-vehicle crash on the Warrego Highway.

Watch the latest news and stream for free on 7plus >>

Police say the family’s car veered onto the wrong side of the road, before crashing into an oncoming truck.

“Unfortunately we have three people who have passed away after colliding head-on with a truck,” Inspector Danny Shaw said.

Emergency services responded to the multi-vehicle crash at Oakey Creek Bridge on the Warrego Hwy around 11.20am (AEST).

The Warrego Hwy was closed for several hours near the Oakey Creek Bridge due to the crash.

One of the trucks rolled in the crash, a QAS spokesperson said.

Five patients were assessed by paramedics, including the two truck drivers who are currently in a stable condition.

One truck driver was transported to Toowoomba with a leg injury, while the second declined transport.

QFES assisted paramedics in gaining access to some people involved in the crash.

Queensland Police are continuing to investigate the circumstances surrounding the crash.

Their son sent a Snapchat to his friends. Minutes later he was killed