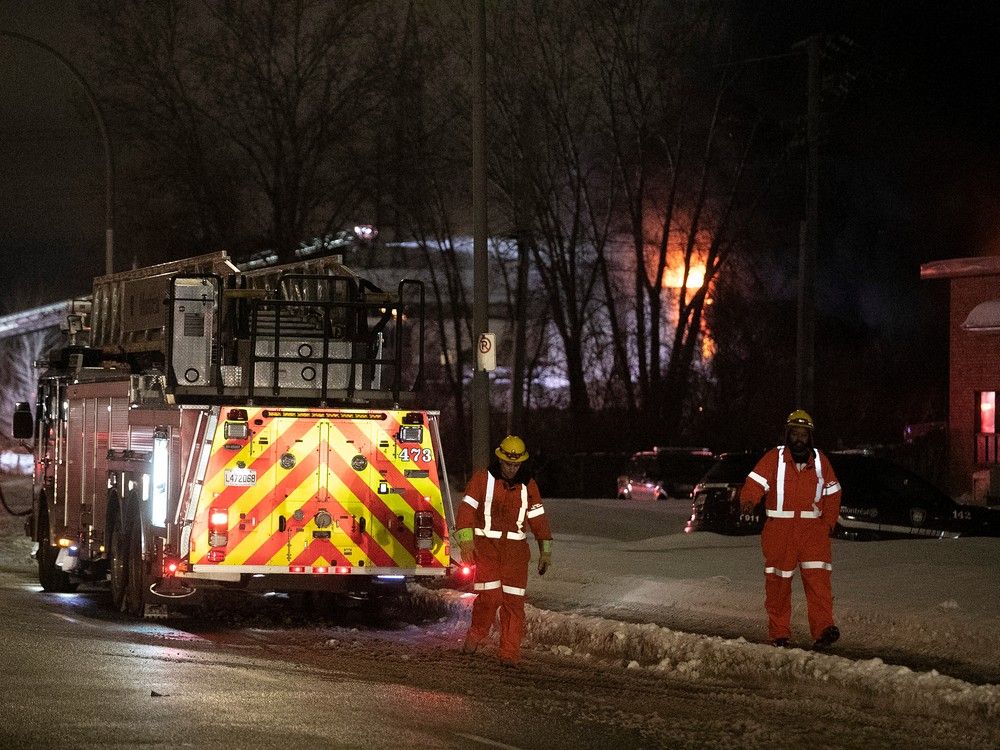 More than 100 Montreal firefighters were called to battle a three-alarm blaze at an industrial factory in the St-Laurent borough Monday evening.

The fire broke out at around 5:30 p.m. in a large factory near Pitfield Blvd. and Thimens St. and was visible from Highway 13 running alongside. Because the fire was already burning through the roof of the building by the time firefighters arrived, they could not enter the structure and had to fight the flames from the exterior. No serious injuries had been reported.

The building is believed to house several companies, some of which make safety garments for the medical industry such as masks and gowns. Thick black smoke billowed from the building, but section fire chief Marie-Ève Beausoleil said because the smoke was not impeding with flight paths from nearby Pierre Elliott Trudeau International Airport or blowing toward residential neighbourhoods it was not considered harmful and no evacuations had been ordered. Residents are advised to stay indoors and close all their doors and windows if smoke does surround their properties.

As of 9 p.m. the building was still ablaze, but the flames had diminished somewhat from hours earlier.

“It’s going to take a while because it’s a huge building,” Beausoleil said.

No one was believed to be in the building while the structure was ablaze. One firefighter suffered minor injuries to his eye.