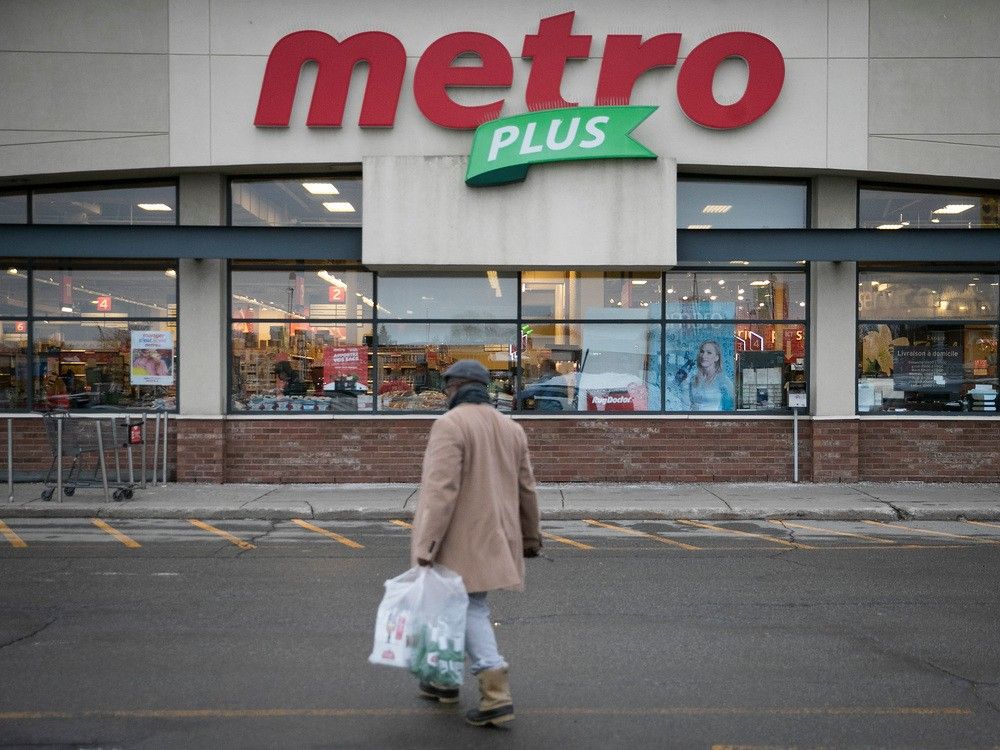 Quebec’s biggest supermarket and pharmacy chain operator received about 27,000 supplier requests for price hikes of 10 per cent or more on dry goods in the fiscal year that ended in September, triple the normal amount, La Flèche said Tuesday. Metro announced in October it would hold food prices steady over the holiday period through the start of February.

“There are cost increases coming, and we expect that some of these cost increases will be reflected at retail” starting in February, La Flèche told reporters Tuesday during an online briefing after the company reported improved fiscal first-quarter results and announced yet another dividend boost.

“Discussions are ongoing and we are negotiating hard, but the situation is that some suppliers are insisting and will obtain price increases if we want to continue to have access to the merchandise,” he said. “We are going to do our best to make sure that price increases are gradual and progressive to protect prices as much as possible. Unfortunately, inflation is continuing.”

Food prices have been among the biggest contributors to Canadian inflation since the start of the pandemic, triggering complaints that supermarket chains are guilty of “greedflation.”

Canada’s Consumer Price Index rose 6.3 per cent year-over-year in December, fuelled by an 11 per cent jump in prices for food purchased from stores. Food inflation hovered around the 11 per cent mark during the last five months of 2022, Statistics Canada said last week.

La Flèche dismissed the accusations of greedflation, calling them “unproductive, unconstructive and not true.”

“Food inflation is a worldwide phenomenon,” he said. “It affects the entire supply chain. Suppliers, manufacturers, transformers have all been affected, and they have all increased their prices to us. Our cost of goods has gone up significantly, and that’s why retail prices have gone up.”

“We’re not happy with 10 per cent cost inflation. It’s not good for anybody.”

“We have not cut relations with any vendors,” the Metro CEO insisted. “We have found solutions and negotiated in good faith increases that have allowed us to get access to merchandise. We are a sizable company, but when we are dealing with multinational consumer packaged goods companies, in the current period where the demands on their production are high, if we want access to the merchandise we don’t necessarily have the big end of the stick all the time.”

As a result, Metro is accelerating its development plan in discount, with six store openings planned in fiscal 2023, La Flèche said. Metro operated 241 discount locations at the end of its latest fiscal year, representing about one-quarter of its total store count. The retailer doesn’t disclose sales for each of its banners.

Persistent inflation is also causing an uptick in theft.

On Tuesday, Metro reported an 11 per cent jump in fiscal first-quarter adjusted net earnings to $237.6 million. Revenue in the quarter ended Dec. 17 rose 8.2 per cent to $4.67 billion, while online food sales soared 40 per cent.

Metro also announced a 10 per cent climb in its quarterly dividend, to 30.25 cents a share. This marked the 29th consecutive year that Metro has boosted its payout to shareholders, La Flèche said.

Metro isn’t passing on all cost increases to consumers. Its gross margin — the difference between the retail price and the cost of goods sold — dropped to 19.6 per cent in the first quarter from 19.9 per cent in the same period a year ago, Metro said Tuesday.