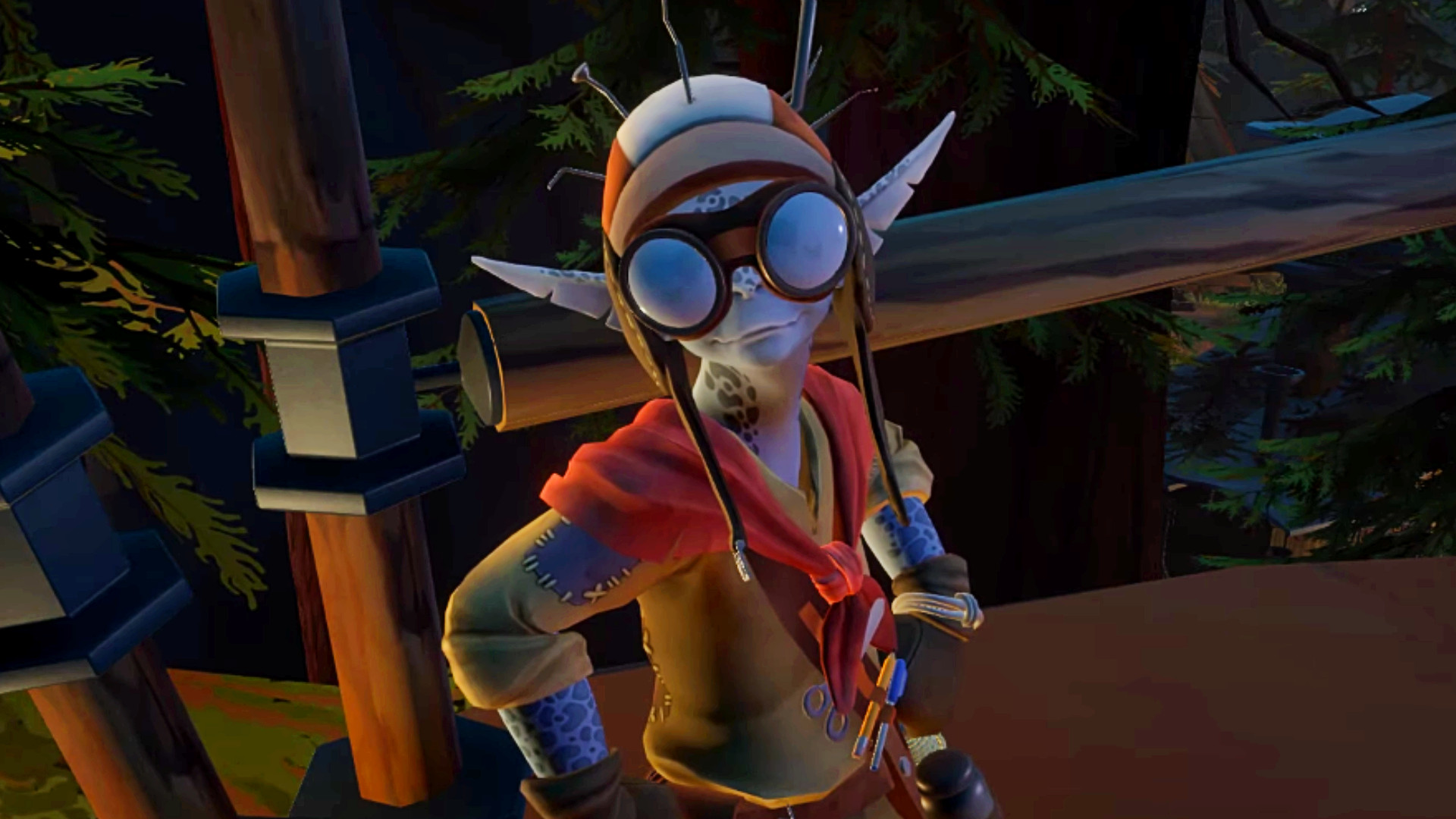 I’m as excited as the next person for the Starfield release date, but there’s a more urgent deadline on the horizon for those of you subscribed to Microsoft’s PC Game Pass service. Outer Wilds, one of the best space games of all time (and certainly one of the most important, in my humble opinion), is leaving the subscription service on January 1. If you haven’t played it yet, don’t worry – that’s still more than enough time to experience the wonder for yourself.

Outer Wilds is a tough game to talk about, because at its core it’s a game all about discovery, and the more you know ahead of time the less impactful that sense of wonder becomes. Nevertheless, I’m going to try, because I feel fairly comfortable saying that anyone with a penchant for space exploration owes it to themselves to discover this clockwork galaxy first-hand.

To set things up, you step into the shoes of a Hearthian. This four-eyed creature is one of the inquisitive inhabitants of Timber Hearth, a planet somewhat akin to our own – albeit one that exists at Outer Wilds’ smaller scale, which feels perhaps comparable to the larger worlds of Super Mario Galaxy. From there, you’re tasked with making your first trip to the stars in a rickety ship and meeting up with your fellow explorers on the planets that inhabit your solar system.

The hook – I even feel a little bad giving this away, but I’ve gotta give you something to tantalise your tastebuds and even developer Mobius Digital has been relatively candid about this by now – is that Outer Wilds traps you in a time loop. For reasons I definitely won’t tell you, you’ll set off on that initial flight over and over again, your only consistent progression coming from the knowledge you gain along the way.

If that sounds off-putting, let me reassure you: Outer Wilds isn’t really a roguelike game. The reset feels more like a boon than a restriction – think of it like performing scientific experiments and making adjustments as you go. Wondering what will happen if you wander into that cave network slowly filling with sand, or jump headfirst into a black hole? There’s no need to worry about consequences, as anything that does go wrong simply brings you right back to tweak your plans and try again.

Another critical part of your journey is the ship’s log, an ever-growing spider web of discoveries that keeps track of everything you’ve found, and even hints at what your current knowledge might point to. This means you rarely feel lost or overwhelmed, as your every revelation is kept safely organised, and provides you with plenty of possibilities for each subsequent launch. 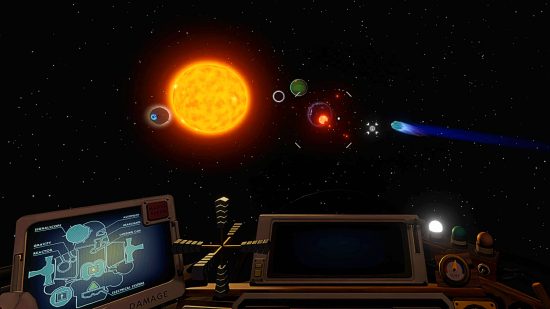 This frees you up from potential paranoia and lets your curiosity run wild. The galaxy is your toy box, and you’d struggle to find a more glorious chest of wonders. Every planet is a unique, hand-crafted puzzle box to unlock – quite literally so. Director Alex Beachum began the project in 2012 as a master’s thesis, building it out into the final project that was released in May 2019 to wide critical acclaim.

Each of the locations you can visit – planets, moons, asteroids, and space stations alike – makes use of the progression of time in its own distinct way. Uncovering and unwinding the pieces comprising each of them gave me feelings almost no other game has managed, and that’s without delving into the existential contemplation that brought me to tears in its climactic finale. I couldn’t tell you exactly whether they were tears of joy, sadness, or perhaps everything in between – but Outer Wilds has stuck with me more profoundly than almost anything else out there.

Bethesda’s space RPG promises the wonder of discovering over 1,000 Starfield planets. Elite: Dangerous lets you ferry cargo across huge distances, while No Man’s Sky generates you an unlimited array of unique locations to uncover. Yet Outer Wilds, one of the smaller-scale space games I’ve played, manages to capture the wonder of space exploration better than perhaps anything else out there.

Among all the beauty of its design and the personal stories it tells along the journey, something that perhaps doesn’t get talked about enough with Outer Wilds is just how much fun it is to get around. The best advice I can offer to a new player is, “Just go for it!” While your initial steps will no doubt be tentative ones, as you get to grips with the game’s physics you’ll be able to use your jetpack to slingshot yourself across planets, just barely teasing on the limits of gravity as you soar right on the fringe of flinging yourself out into space.

Outer Wilds achieves this because it isn’t afraid to eschew reality. This is a game that clearly draws from a deep love of science, yet it opts for the physics of fun over accuracy to the laws that govern our universe. Even at quick observation, it’s clear that a lot of the ways the physics operate aren’t realistic, but they’re just close enough to feel right on a surface level while giving you a level of control that nails the balance between challenge and frustration. 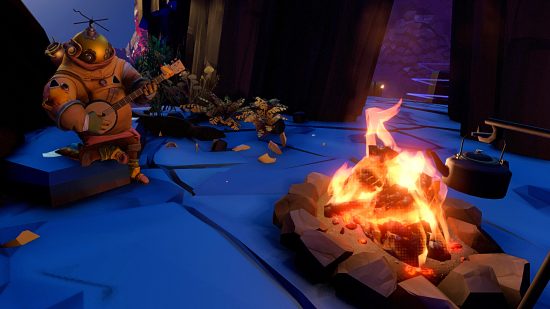 This isn’t the first time Outer Wilds has left Microsoft’s Game Pass service – it was actually dropped in June 2021, only to return in January 2022. So we’ll hold out hope that it comes back again in the future, because it’s the sort of game everyone should have the chance to play.

The Outer Wilds DLC, Echoes of the Eye, isn’t included as part of the Game Pass offering either – but don’t worry about that. For a first playthrough, I’d recommend just sticking to the base game anyway, as Echoes of the Eye feels more like a supplemental adventure designed to be experienced after you’ve explored everything the original release has to offer. If you do still want more once you’re done, though, it’s well worth considering.

So, while we wait on the dynamic Starfield quests of next year, take some time this holiday season to visit Outer Wilds. I promise it’s worth your while. If you fancy some more irreverent space action, High on Life sales and Game Pass charts show that the new FPS game from Justin Roiland’s Squanch Games is already off to a rip-roaring start.