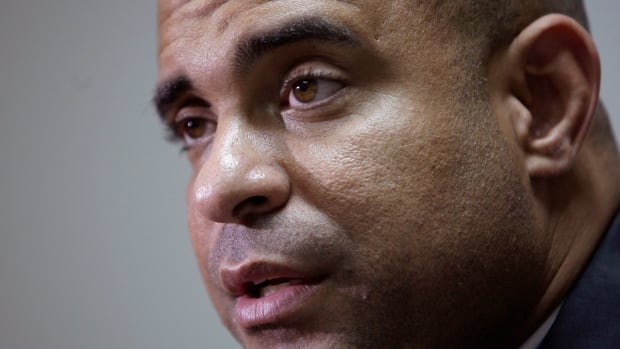 Former Haitian prime minister Laurent Lamothe is asking a judge to strike down sanctions Canada imposed on him over claims he supported gangs that have unleashed a humanitarian crisis in Haiti.

Lamothe filed a notice of application Thursday with the Federal Court in Montreal, arguing the sanctions were an arbitrary decision that did not give Lamothe a chance to offer his side of the story.

The order asks a judge to remove Lamothe from the sanctions list and to compel Ottawa to turn over the documents it used to make its decision.

In recent months, Canada has sanctioned 13 members of Haiti’s political and business elite, freezing any Canadian assets they hold in an effort to stop the flow of cash and weapons to criminal organizations.

Violent, feuding gangs have taken over the capital of Port-au-Prince, sexually assaulting women and children while curtailing access to health care, electricity and clean water.

The Liberals say their sanctions are meant to isolate political leaders who have set the conditions for chaos in order to bring about a consensus in Haiti on how foreign governments can help.

Haiti’s unelected prime minister has called for an international military intervention to allow for humanitarian aid and to create the conditions for an election. The U.S. has said Canada would be an ideal country to lead such a force.

But Prime Minister Justin Trudeau has said Ottawa does not want to lead yet another failed intervention in Haiti, after numerous United Nations operations meant to stabilize the country.

Foreign Minister Melanie Joly had Lamothe sanctioned on Nov. 17, along with two others whom Ottawa accused of “using their status as current or previous public office holders to protect and enable the illegal activities of armed criminal gangs, including through money laundering and other acts of corruption.”

Lamothe publicly disputed being sanctioned after he learned the news on social media, arguing he had worked to limit organized crime in Haiti during his term as prime minister, from mid-2012 to late 2014.

His lawyer now argues in French-language filings that “the decision to add the applicant’s name to the (sanctions) schedule was made contrary to the principles of natural justice and procedural fairness.”