When Diana Ford went to collect her 4-year-old son from a first visit to a new school she was shocked to discover him walking along the road on his own – and none of the staff noticed he was missing.
The Christchurch mum-of-three left her son with teachers at Queenspark School, in Parklands, New Zealand, for a two-and-a-half-hour introduction session ahead of the new term in January.

As she drove back to the school later she noticed a young child walking along the footpath, and as she got closer she realised it was her son.

She stopped the car and made sure he was OK before walking him the 200m back to school.

She says the teachers were not concerned and the response has since been “blasé” and “unapologetic”.

The family live less than 2km from Queenspark School, and it was their dream that all three of their children would go there.

But Ford says she now has no trust in its safety systems or follow-up procedures, so would now send them to a different school.﻿

Ford dropped her son off at 8.30 am on November 25 and stayed until 9.15 am. There were about 12 to 15 other young children in the class and at least two members of staff.

She had no concerns about leaving him and returned at 10.45 am. It was then that she discovered her son alone and outside the school grounds.

“I saw this wee, little kid and I thought, ‘that’s weird’, and then I realised it was my son. It was devastating,” she said.

I don’t know how long he was out there for. If they didn’t notice he was missing, he could have been out there the whole time I was gone.

“He looked a little bit scared, but he knew he’d done something a bit naughty.”

Ford decided not to make an immediate complaint, but did inform staff.

“I was greeted by his teacher and realised she had no idea he was missing from the school.

“Normally I would be the type of parent to say something straight away, but I didn’t feel like that would be appropriate because it was in front of his teachers and his new little friends.”

Ford emailed the school’s principal, Ross Willocks, later that day. She expressed her concerns and asked what steps were being taken “to eliminate the risk of this happening again”.

She had several phone conversations with staff the following week, but says she does not feel it has been dealt with satisfactorily.

“They don’t want to admit by written correspondence that this happened,” she said.

“I’m quite sure it was their responsibility to look after him while he was there, but the way they make me feel is like it was my fault.”

Dean Taylor, chairperson of the board of trustees, said he received a complaint from the team leader of the junior school about the matter and board members would discuss it at their first full meeting on February 13.

“The board will decide at this point if the complaint requires an investigation or not,” he said.

“The team leader has also lodged an incident report to the Ministry of Education detailing the incident to them.”

If the board launches an investigation, witnesses, staff and the complainant will be interviewed, he said.

The board and staff “takes its responsibilities for the health and safety and wellbeing of everyone who comes onto our campus seriously”, said Taylor.

“The school management and staff has changed its operational procedures for visiting kindergarten children to avoid any chance of this happening again in the future.”

Taylor said he tried to facilitate a meeting between the principal and Ford to discuss the incident, “but my offer was declined”. 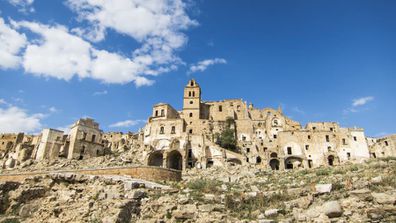 The world’s most fascinating abandoned towns and cities

Ford said that by that stage, they had decided to send their son to a different school and were no longer “after a solution at that point”.

“I’m not angry, I’m just so disappointed,” she said.

This story originally appeared on Stuff and has been reproduced with permission.﻿