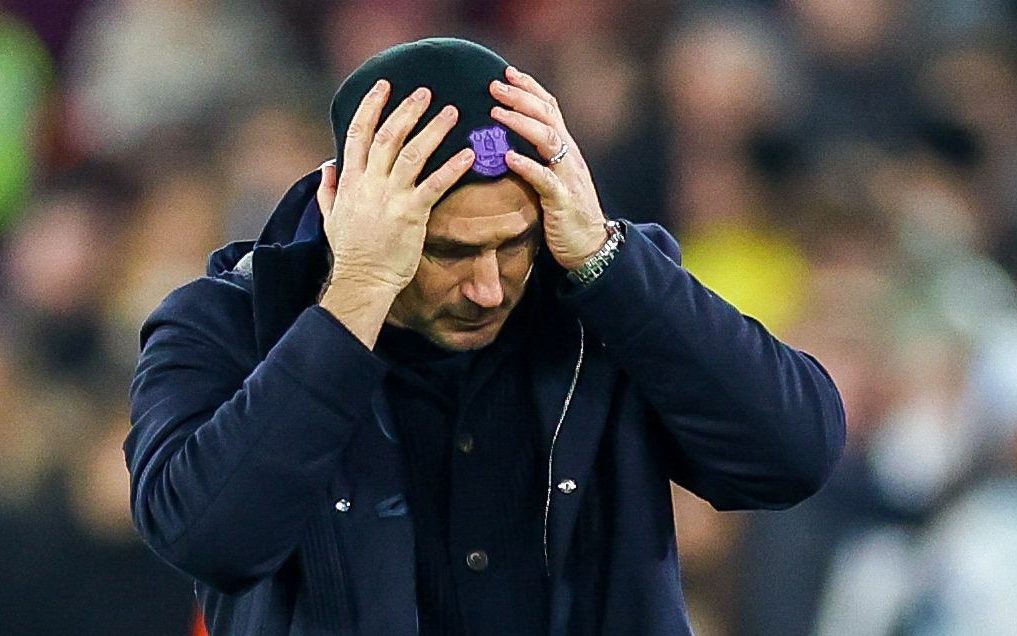 Frank Lampard has been sacked as Everton manager to become the seven casualty of the Farhad Moshiri era.

Eleven days after being backed by the majority shareholder, Lampard was informed the club had decided to terminate his contract in an attempt to save the club from relegation.

Everton have slipped to 19th in the Premier League after a catastrophic run of results, Lampard unable to build on the climax to last season when he avoided the drop into the championship in the penultimate game.

The former Chelsea and England midfielder will leave Goodison Park having felt increasingly helpless to stop the downturn.

Last Friday he suggested that if the Premier League game at West Ham was his last as coach, he would leave believing he had ‘given everything’ to help the club.

Those sympathetic to Lampard will point out that he is the latest in a series of Everton managers who have found it impossible to reverse the steady decline towards the foot of the table. Of those Moshiri has appointed since purchasing a majority stake in the Merseyside club, only Carlo Ancelotti has avoided the sack as he left to join Real Madrid.

Everton’s ability to recruit top-class players has been compromised by the expensive mistakes of the past – especially in the early years of Moshiri’s reign – meaning Lampard was increasingly desperate in attempts to add firepower.

He lost last year’s top goalscorer Richarlison last season and was unable to find a like-for-like replacement, investing most of last summer’s funds by trying to steel up his backline with the free signing of James Tarkowski and loan deal for Wolves’ Conor Coady.

The signing of Neal Maupay from Brighton, who Lampard and Director of Football Kevin Thelwell pursued over Blackburn striker Ben Brereton Díaz, did not work. Lampard and Thelwell felt Maupay’s Premier League experience made him a safer bet, but he has not delivered the goals.

That left Lampard totally dependent on the fitness of Dominic Calvert-Lewin, and he will have similar reflections to his predecessor, Rafael Benítez, when wondering how and where his reign unravelled.

Earlier in the season Everton were looking a more resolute defensive unit, lacking the finishing touch which would have collected more points. But once Calvert-Lewin returned from injury, they were already in the mire and the general performance level had declined.

Given Moshiri’s erratic recruitment processes of the past, it remains to be seen what direction he will go next. He has a history of interviewing managers of vastly different profiles and visions, and there is the added complication that the relationship between Everton’s board and fans has broken down to the point there is zero trust they will get the next appointment right.