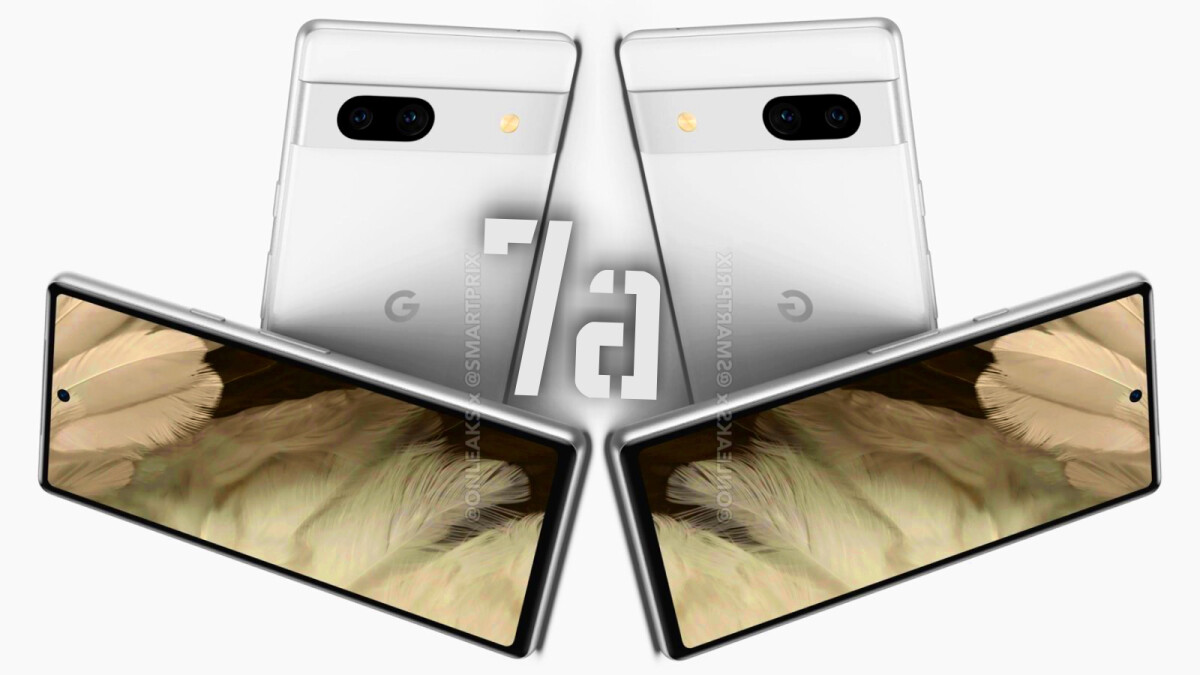 Although it turned out to be a great phone (following several software updates), I still regret spending $900 on my Pixel 6 Pro, especially because I could get it for half the price right now! Anyway, that’s why there’s a category of phones called “mid-range”.In all fairness, it’s rather tricky to define which phone qualifies as “mid-range”, but the general consensus is that they shouldn’t cost more than $500 while simultaneously managing to give you the best features and value possible.

The mid-range category is also often made up of “flagship-killer” phones, which take the value proposition to a slightly higher level, trying to compete with proper flagships – priced at proper flagship prices ($700-1,200). Some recent examples of very good-excellent mid-range devices include Google’s Pixel 6a, Apple’s iPhone SE (2022), and the Samsung Galaxy A53 5G. But as it turns out, those 2022 phones won’t hold a candle to what’s to come in 2023!

One particular contender for mid-range phone of the year 2023 (and arguably just “phone of the year”) is now expected to be the Google Pixel 7a! But what’s more interesting is that the $450-500 mid-ranger might also turn out to be the only Android phone you might want to buy regardless of price!

Could Google make Samsung and Apple’s $1,000 flagship phones look more overpriced than ever? Or even shoot itself in the foot and make the Pixel 7 and Pixel 7 Pro look irrelevant thanks to the Pixel 7a, which (rumor has it) is supposed to lack “nothing” that more expensive, flagship phones have?

$450-500 Pixel 7a to offer practically the same features as $1,200 Android flagships and iPhones for a fraction of the price

Although Google, Samsung, and Apple (and, of course, other phone-makers) have been making killer mid-range phones for a while now, they’ve always been missing something – whether it’s the software polish or some hardware features that many would appreciate…For example, Apple’s iPhone SE has carried the company’s old design since 2016, while Samsung’s Galaxy “A” series of mid-range phones have been lacking a flagship-grade processor that allows the phones to stay fast in the long run (or often even in the short term).

In fact, Google’s own Pixel 6a – the company’s current mid-range contender also lacks a few hardware features found on more expensive phones, such as wireless charging, larger/newer camera sensors, and most notably, a smoother 90-120Hz display.

According to all the leaks and rumors we have so far, the upcoming Pixel 7a is now pretty much expected to match the hardware feature set of phones that cost up to 3x more!

If you’d like to dig deeper into what’s expected from the Pixel 7a in terms of hardware upgrades, check out this story. In a nutshell, we’re talking:

Considering the Pixel 7a is virtually confirmed to come with Google’s flagship-grade Tensor G2 chip, extended software support with fast updates (directly from the source!), IP67 water-resistance, and a somewhat universal 6.3-inch display size that should satisfy most people, there’s really nothing to complain about here!If I have to nitpick, the only hardware feature the Pixel 7a will be missing is a dedicated zoom lens. I mention that because it’s important to me. The good news is that most people don’t seem to find zoom cameras nearly as necessary as I do.

The Pixel 7a is expected to utilize the same sensor-cropping trick used by the Pixel 7 and Pixel 7 Pro, thanks to the reportedly new 50MP primary camera that’s to replace the ancient 12MP shooter Google’s been using since the Pixel 2. This means the 7a should be able to give you 2x lossless zoom quality and useful zoom photos at even greater magnification, thanks to the company’s famous Super Res Zoom algorithm!

It turns out that the Pixel 7A might become the new “default” Android phone to offer to people who want the best value or even to those who just want a really great package regardless of the price!

Usually, when picking a new phone, one would have to choose whether to pay less and get less or pay up and get a bit more for their money. But if the rumors pan out, the 2023 Pixel 7a could flip the script on this narrative and make picking your new Android phone a way easier decision!

Frankly, if the only obvious feature the Pixel 7a will be “missing” is a dedicated zoom camera (mind you, the 7a should still be able to take lossless quality zoom thanks to software), I’d say there’s absolutely no reason to pay 2-3x more for phones like the Pixel 7 Pro, Galaxy S23 Ultra, or iPhone 14 Pro Max…

The only argument against the Pixel 7a is shaping up to be the same thing that allows it to be the great phone that it’s expected to be, and that’s the fact that it… isn’t an iPhone.

Cupertino’s gravitational pull has proven to be rather strong. Hence, even if tempted by the incredible value, Apple users are way less likely to jump ship and replace their old iPhone with an Android device, even though it comes from a recognized brand like Google.

If you use a MacBook, iPad, and AirPods on a daily basis, this makes you much more likely to agree to pay $300 extra and get an iPhone instead of a Pixel to make sure your new phone (like the rest of your gadgets) is made by… Apple.

As I already said, I really think the Pixel 7a might pan out to be the new default Android device that I’d recommend to family, friends, and PhoneArena readers! With that being said, Google still has plenty of time to mess up, and the first question mark on the horizon is related exactly to timing!

The Pixel 7a’s leaked package seems absolutely amazing (the Pixel 7a would make the Pixel 7 look irrelevant), but we don’t know exactly when Google’s mid-range champion is supposed to actually be released.

Some rumors point towards a very early (for Google’s standards) launch – as soon as Q1 2023, but as of now, they aren’t nearly as convincing as I’d like them to be. Although, I should also mention that Amazon now lets users subscribe for the upcoming “Google Pixel 7a Family Launch Announcement”, which indicates the Pixel 7a might indeed arrive earlier than expected!

A late 2023 launch (similar to the Pixel 6a), on the other hand, would make the Pixel 7a relatively less appealing. That’s because at this point the new Pixel 8 would already be on the horizon. So, Google’s made that mistake before. Let’s hope Sundar Pichai & Co won’t repeat it.

iPhone SE 4 might be the competition Pixel 7a deserves

The other challenge for the Pixel 7a might actually come from Google’s biggest competitor, Apple, and that’s the rumored iPhone SE 4, which is finally expected to upgrade to the new design language, similar to the iPhone XR.

Apple’s mid-ranger shouldn’t be priced too differently than the Pixel 7a. However, similar to Google’s case, we don’t know when the iPhone SE 4 is going to be released – it could be as soon as March-April 2023 or as late a spring 2024…

Of course, another bummer for those who might want to pick up a Pixel 7a is expected to be the limited availability. That being said, at this point, I’ve made peace with Google’s (questionable) decision to sell Pixel phones in just 15-20 markets… It is what it is.

Anyway! Let me know! Are you looking forward to picking up a flagship-killer Pixel 7a for $450-500? Nowadays, it’s next to impossible for me to find a slab phone that excites me, but Google’s new mid-ranger might turn out to be the best phone deal… ever, and that’s exciting!