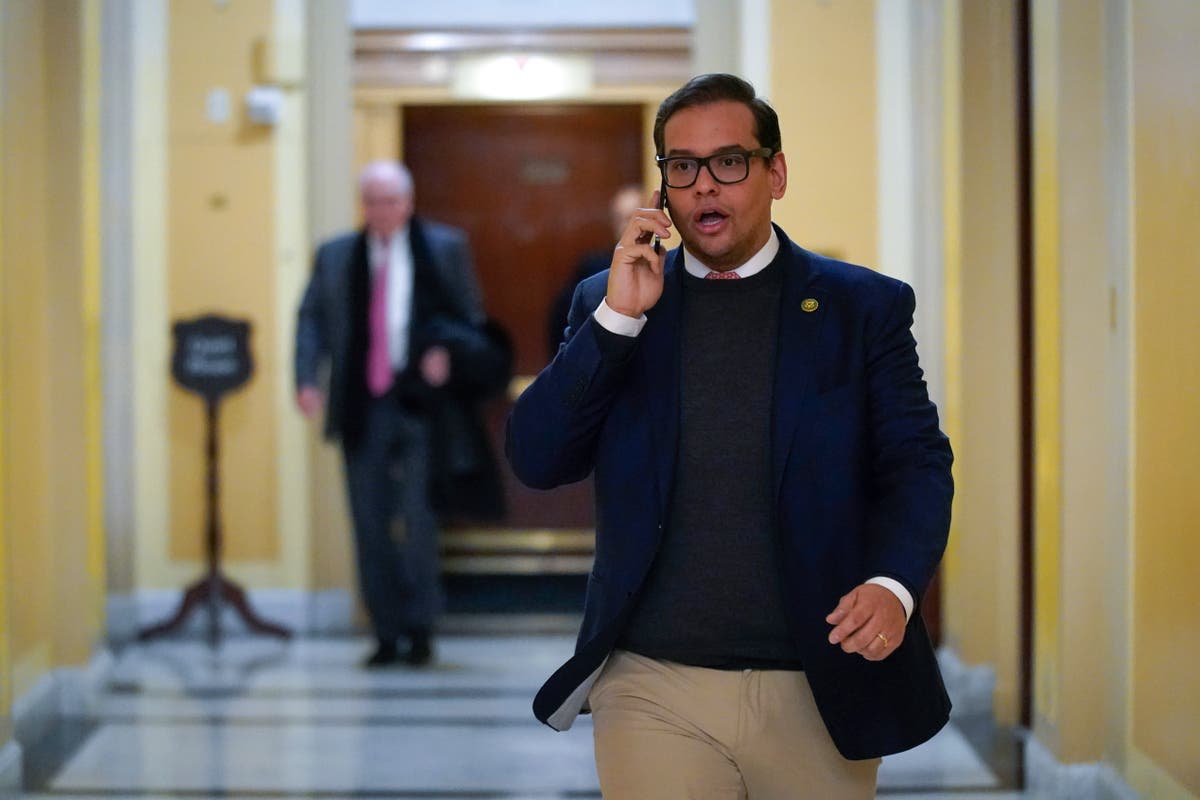 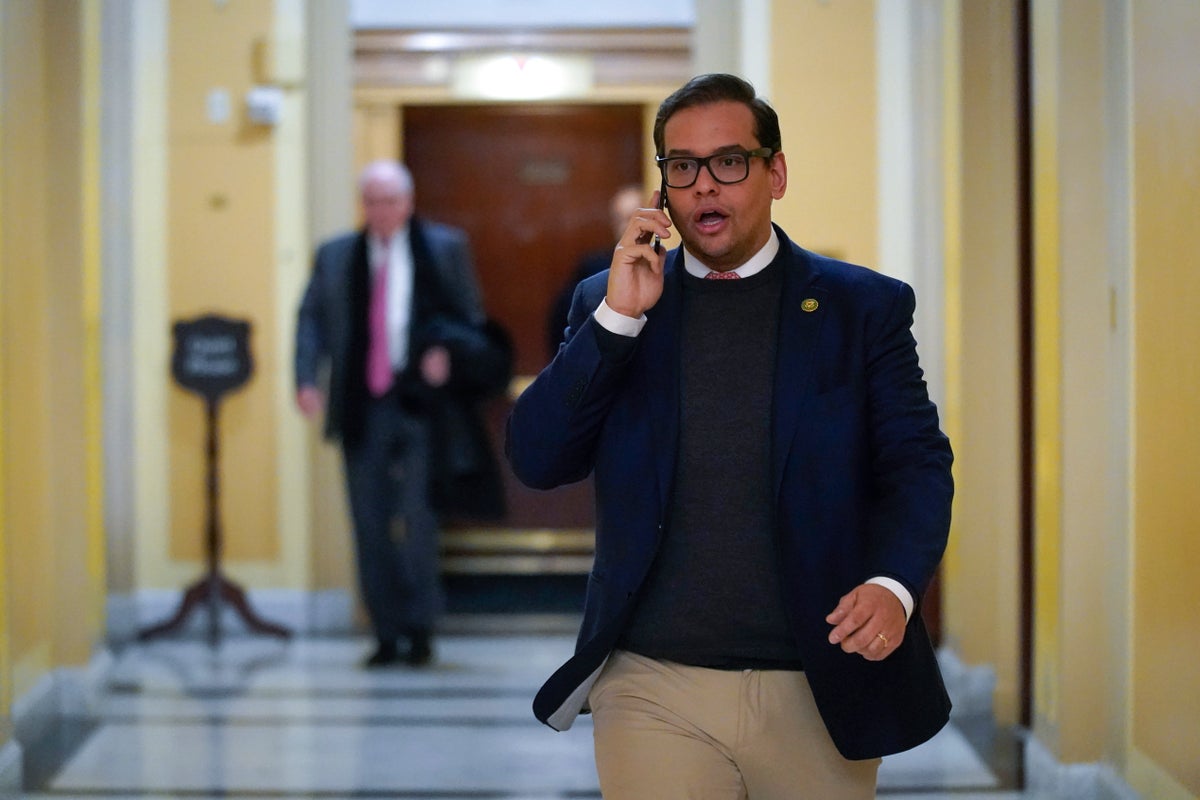 George Santos is officially a member of Congress following a marathon vote to select the GOP’s Speaker of the House and the swearing-in of the 118th Congress.

But it wasn’t even clear that he would make it this far: Dogged by surely one of the oddest scandals to hit American politics in the last few years, Mr Santos was facing calls for his expulsion and resignation even before he was seated as representative for New York’s 3rd Congressional District.

While the freshman Republican remains adamant that he will serve two years in the House of Representatives, he still faces growing calls for his resignation and the continued threat of investigations reportedly launched by both state and federal authorities.

As Mr Santos concludes his first month in the chamber, let’s take a look back at how this scandal evolved, from the beginning to now:

Just two months before he would go on to be elected as a member of Congress, George Santos was the subject of a story in a small Long Island-area newspaper called The North Shore Leader. With no suggestion of how it occurred, the Leader pointed out that Mr Santos’s financial disclosure forms had indicated a shocking surge of wealth in just two years’ time.

“Controversial US congressional candidate George Santos has finally filed his Personal Financial Disclosure Report on September 6th – 20 months late – and he is claiming an inexplicable rise in his alleged net worth to $11 million,” wrote the paper’s reporter, Maureen Daly.

“Two years ago, in 2020, Santos’ personal financial disclosures claimed that he had no assets over $5,000 – no bank accounts, no stock accounts, no real property.  A net worth barely above “zero”, Daly reported.

It was an important story, but drew little notice either from other journalists or local Democratic Party officials.

Following a defeat in 2020, George Santos finally saw success in his bid to join the House of Representatives in 2022, following more than a year of campaigning. New reports indicate that he was fundraising at Mar-a-Lago and in other GOP circles as early as mid-2021 with the help of operatives for Rep Elise Stefanik, chair of the House GOP conference.

He was swept to victory easily, with Democrats in the state spending little to oppose him.

In an expansive investigation, the Times summarises its findings in a headline: George Santos’s background is “largely fiction”.

The first revelation of Mr Santos’s lies came in the form of an avalanche. In this one story, he was accused of lying about working for two different companies, attending a college, and even potentially about managing a “family firm” and controlling millions in assets.

Mr Santos couldn’t (or wouldn’t) answer for most of the revealed falsehoods, which led other reporters at competing outlets to smell blood in the water.

Just two days after the Times published its investigation, Jewish-American news agency The Forward went public with its own findings.

At the top of the list was a lie that Mr Santos had apparently told just a month earlier: That he is Jewish. That ended up being a lie he had told on multiple occasions, in multiple forms. It even expanded, in some instances, to claiming that his maternal grandparents had fled from the Holocaust.

Such things are easily verifiable, and a review of several genealogy websites by The Forward revealed that Mr Santos’s maternal grandparents were born in Brazil.

While far from the only fiction he told to get elected, this may prove to be the most damaging (if not surely the most offensive) of the congressman’s fictions. It has already led to his blacklisting from future Republican Jewish Coalition events, as well as condemnations from across the political spectrum.

Letitia James’s office joined the fray just one day after The Forward’s investigation was published, with prosecutors clearly feeling the pressure to examine whether any of Mr Santos’s actions had risen from the level of mere dishonesty to criminal fraud or worse.

No official charges have been filed against Mr Santos, and it remains unclear what criminal charges he could actually face.

But those lies, he said, were mere attempts to “embellish” his resume — a practice he faulted Americans of all political shades for supposedly engaging in.

And he remained adamant about serving two years in Congress, despite the criticism.

26 December 2022: Rep Ritchie Torres calls for Santos to be investigated

Congressman Ritchie Torres, a fellow New Yorker of the opposite party of Mr Santos, became the first member of Congress to speak about the issue in late December. On the 26th, he called for the House Ethics Committee to investigate the surge in wealth that Mr Santos self-reported.

Apparently unsatisfied with the grilling he received in local New York media hours earlier, Mr Santos appeared on Fox News for the first time. Clearly expecting a friendly interview, the congressman-elect was instead subjected to a reprimanding from former Congresswoman Tulsi Gabbard, sitting in for Tucker Carlson.

“Do you have no shame?” she questioned him at one point during the excruciating confrontation.

27 December 2022: Rep Ritchie Torres calls for Santos to step down

A day later, Mr Torres ups his criticism of Mr Santos as more and more of the DC journalism world is consumed by coverage of the New York Republican.

Reposting a clip of Mr Santos’s beatdown from Ms Gabbard broadcast the previous evening, Mr Torres told his new colleague: “George, you can be an ally of the Jewish community w/o pretending to be Jewish and w/o pretending to have family members who died in the Holocaust.”

“Stop embarrassing yourself and RESIGN,” he added.

Nassau County’s district attorney delivered a sharp statement just before the new year, insisting that “no one is above the law and if a crime was committed in this county, we will prosecute it.”

Again, it wasn’t clear what specific crime Mr Santos would supposedly be investigated for allegedly committing. But the district attorney of Nassau County is a Republican, and therefore her statement served as the first crack to appear in a dam protecting Mr Santos from the wrath of his own party.

“The numerous fabrications and inconsistencies associated with Congressman-Elect Santos are nothing short of stunning. The residents of Nassau County and other parts of the third district must have an honest and accountable representative in Congress,” Anne T Donnelly said.

Happy New Year! While most Americans ring in the new year with champagne and late-night celebrations, George Santos wakes up the day after New Year’s Day to learn that he is now the only sitting member of Congress to face a serious international criminal investigation.

The New York Times, citing a spokesperson for prosecutors in Rio de Janeiro, reports that authorities intend to prosecute him for allegedly stealing a checkbook from an acquaintance of his mother and using it to make several purchases. The congressman has denied this.

This marked the day that George Santos finally said goodbye to any immunity he had from attacks originating within his own party.

The Nassau County Republican Party held a press conference formally denouncing him as a member of Congress; it was attended by one of Mr Santos’s fellow GOP members, Anthony D’Esposito, who became the first sitting Republican to call for his ouster.

After days of reporters pressing House Speaker Kevin McCarthy about Mr Santos and whether he will be allowed to remain in Congress for two years, GOP leadership reveals that the extent of their punishment for Mr Santos’s countless lies will be assignments to smaller House committees with less desirable areas of expertise.

Still working to keep the pressure on his in-state rival, Mr Torres brought a number of Mr Santos’s constituents to a press conference and touted his “SANTOS Act” — legislation that would force congressional candidates to supply basic information about their backgrounds to the federal government under penalty for perjury.

18 January 2023: Eula Rochard blows the lid off of ‘Kitara Ravache’

Just when everyone thought this story couldn’t get any weirder, a Brazilian drag performer by the name of Eula Rochard contacted a freelance reporter, Marisa Kabas, and supplied a picture of Mr Santos in drag.

The congressman, she said, performed in drag under the moniker “Kitara Ravache” when he lived in Brazil as a teenager.

Mr Santos would go on to deny this, but subsequent photos and videos emerged prompting another admission by the congressman, as well as this defeated quip: “Sue me.” It’s later discovered that a Wikipedia user who went by Mr Santos’s alias “Anthony Devolder” bragged about performing at a number of shows.

Perhaps spelling Mr Santos’s final fate, voters in his district and elsewhere around the state signaled in a poll published Monday that they favour the congressman resigning rather than spending two years in office. Even a plurality of Republicans, 49 per cent, said so.

Wherever Mr Santos goes from here, it’s hard to see a path for the 34-year-old freshman to win a second term as he faces unprecedented condemnation from his colleagues in every corner of Washington and hungry rivals back home.