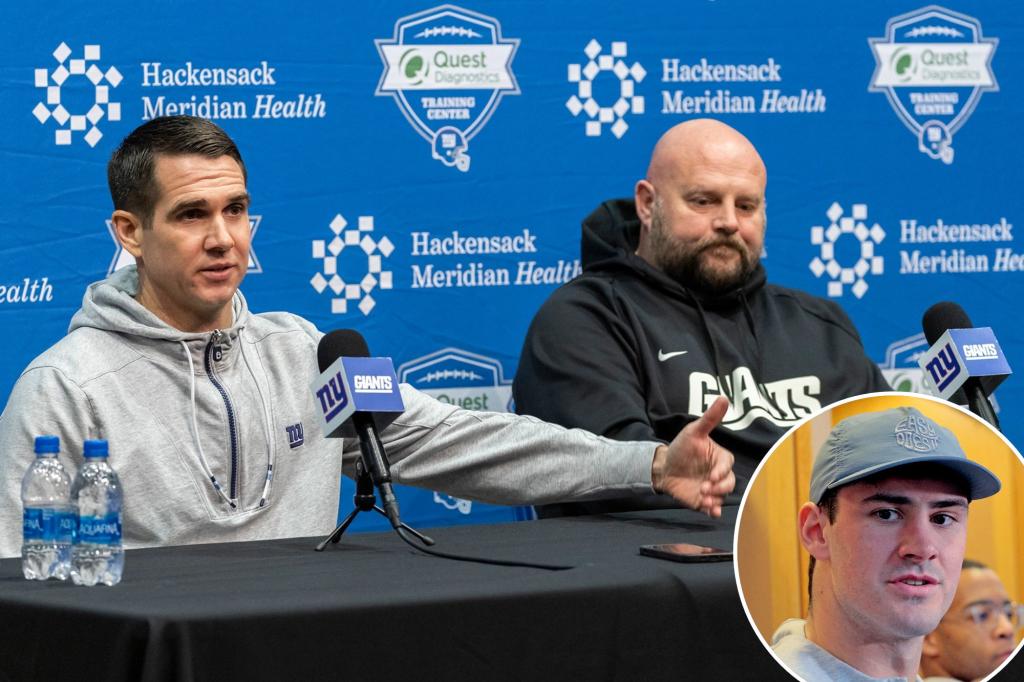 At one point, it almost sounded as if it was a done deal that Daniel Jones will be back with the Giants. Of course, that is not the case, but it sure seems inevitable.

Joe Schoen, just completing his first year as the general manager, responded to a question — Do you think Daniel Jones is a quarterback who can help you win a Super Bowl? — with this:

“We’re happy Daniel’s gonna be here,” Schoen said on Monday, before quickly adding, “Hopefully we’re gonna get something done with his representatives. That would be the goal, to build the team around him where he could lead us to win the Super Bowl.”

Building the Giants around Jones, the 25-year old quarterback, is the plan in place for Schoen’s second offseason, his first with a nice amount of salary-cap room — around $52 million — to use to improve the roster. He had not commented publicly about Jones, observing him in action on and off the field as the Giants went 9-7-1 during the regular season, adding a 31-24 playoff victory over the Vikings to the list of accomplishments before, as coach Brian Daboll said, “crash landing” in a 38-7 divisional playoff loss to the Eagles.

On Sunday, Jones said he wanted to return for a fifth year with the Giants. His rookie deal — the Giants made him the No. 6 overall pick in the 2019 NFL Draft — has expired.

Schoen was not as encouraging about Saquon Barkley, who is also set to become an unrestricted free agent. The team and Barkley’s representatives talked about a deal during the bye week but did not come to an agreement.

When asked about Barkley, Schoen initially said, “This was a special team, to me this was my first year, we’d like to have all the guys back, I really would.”

Schoen then pivoted to Barkley.

“Saquon’s a good player and he’s a great teammate,” Schoen said. “I loved getting to know him this season. He’s a guy we’d like to have back. Again, we haven’t had our end-of-season meetings yet.”

Schoen also added “We’ve got to operate under a salary cap. We would like to have Saquon back, if it works out.”

Jones figures to command a three-or-four-year contract for somewhere between $30 million and $35 million per year. In the unlikely scenario that the Giants use the franchise tag on him, it would cost about $32 million on the salary cap.

Putting the tag on Barkley costs about $10.1 million on the cap. Barkley said on Sunday he is not trying to set the running back market — that would be the $16 million a year for Christian McCaffrey — and coming to a multi-year agreement with Barkley could become a sticky situation.