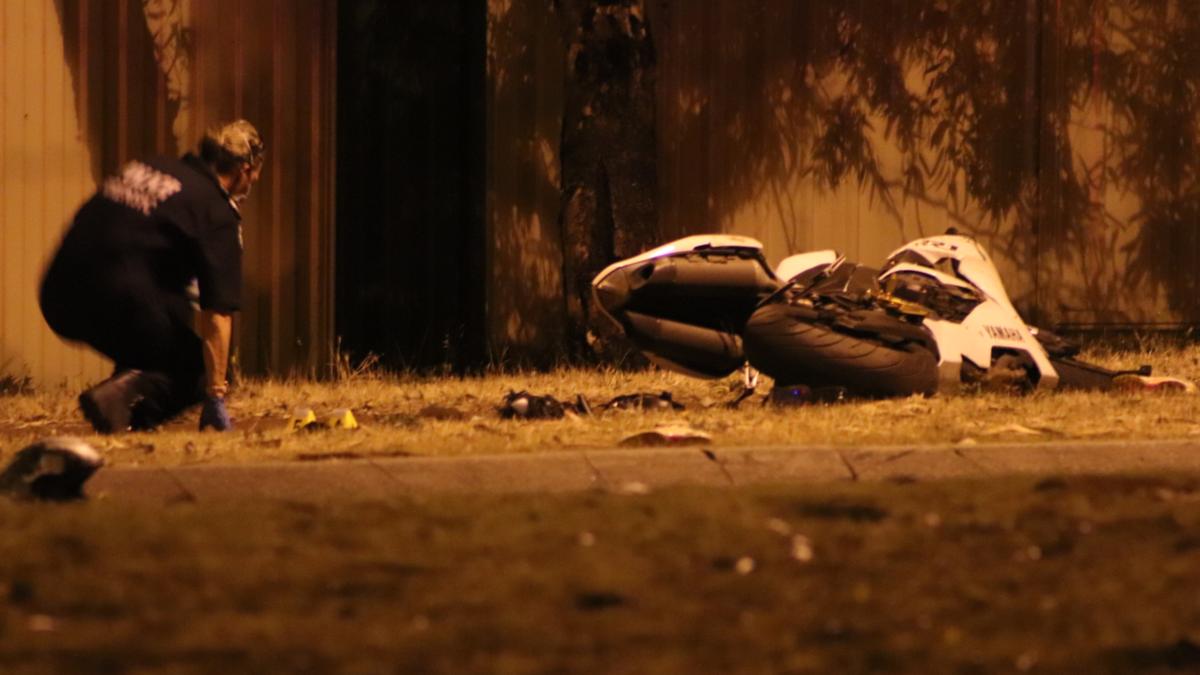 A female passenger has died in a horrific motorcycle crash, with the rider fleeing the scene and abandoning her on the side of the road, sparking a police hunt.

A police manhunt is underway for the male rider of a white Yamaha R1 motorcycle who crashed along Beach Road in Girrawheen, about 4pm.

Major crash officers say the motorbike was travelling east when the male rider lost control of the bike before crashing near the intersection of Redcliffe Avenue.

The impact of the crash caused the rider and his female passenger to be thrown from the bike.

The woman, believed to be 31-years-old, received catastrophic injuries and could not be saved. She died at the scene.

Police say the rider fled the area on foot, leaving his critically injured passenger behind.

A manhunt is now underway for the male driver who police are yet to identify.

Forensic officers were at the scene on Tuesday night taking photos and investigating the circumstances surrounding the horror crash.

Photos show the motorcycle was completely totalled in the crash and was left lying on its side in a grassed area.

It left a path of destruction behind, with debris from the bike strewn all over the road and two helmets sitting metres away.

Major crash officers have appealed for witnesses to the crash to come forward.

Anyone with information, or who saw the motorcycle being ridden in the time leading up to the crash, is asked to contact Crime Stoppers on 1800 333 000 or report the information online.

CCTV, dash-cam or mobile phone footage relating to the horror crash can be uploaded directly to investigators via this link.